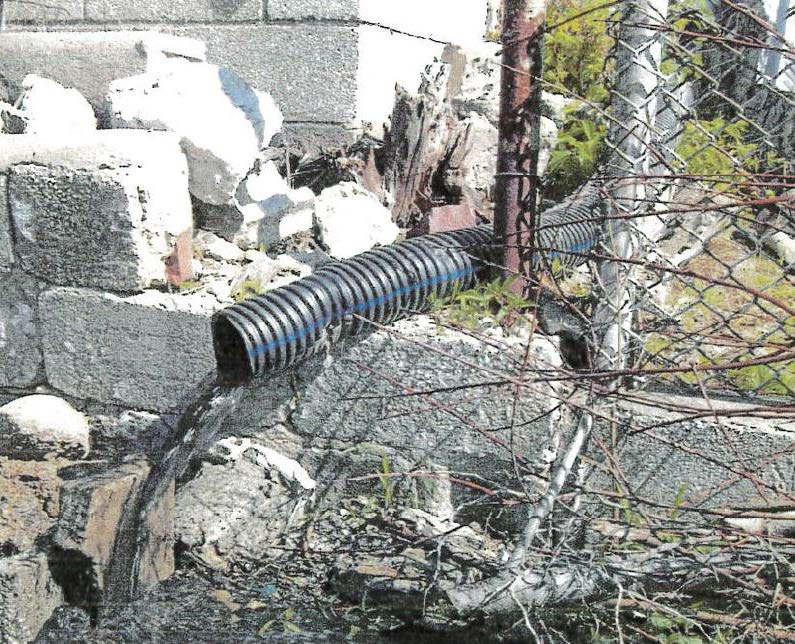 A new landlord licensing provision will help protect the city from unscrupulous operators, the mayor of Alton says.
Licensing requirements are among a flurry of measures taken in recent weeks by officials trying to hold property owners accountable when they fail to adhere to building codes, Mayor Brant Walker said.
“We introduced this approximately three or four months ago. We’ve worked on this for almost six years, and it was something I talked about even before I got elected,” Walker said.
He addressed the topic during a meeting of local mayors and community leaders that was held by the RiverBend Growth Association in September in Alton.
Central to the crackdown is a reformation of city departments. The City Council agreed to a plan to separate the Department of Building, Development and Housing into two entities: The Department of Planning and Development and the Department of Code Enforcement.
Gary Cranmer, a police officer in Alton for 22 years, is the newly appointed code enforcement officer. The city brought on two more property inspectors and is getting help from veteran police officer Vincent Warlick on stepping up enforcement of rental properties.
“A lot more people like it than not, but we’ve also got some squeaky wheels, too,” Cranmer told the Illinois Business Journal, referring to tensions among some landlords.
“I know it hasn’t been particularly popular with our landlords  — and I’m one myself — but I firmly believe rental property is a business, and every other business is licensed,” Walker said. “For some reason, landlords thought they should be exempt from licensing and exempt from being accountable.”
The mayor has been upfront about an issue that has plagued the city for decades — absentee landlords and derelict properties that result.
“Everyone knows Alton had a housing issue. All we ask is you run a safe business and make sure that the tenants who rent from you have the right to a clean, safe house,” he said.
Surrounding property owners don’t need to see their values decreased by substandard housing, he said.
The “vast majority” of landlords do not live in the city and many have a tendency not to care as a result, he said.
Walker has estimated that Alton is nearly 50 percent rental property.
The mayor said that goals of the program include compiling an accurate count of the number of rental units within the city.
Officials met with other cities’ leaders to see how they have implemented similar programs. Walker said he is proud of the effort his staff, the City Council, the city treasurer and the Police Department have put into the new landlord licensing ordinance.
He believes it will contribute to an overall revitalization that has been occurring under his watch.
To that point, he talked about recent infrastructure and improvement projects being completed in Gordon Moore Park, along with plans to overlay about 16 streets. The East Broadway corridor from Henry to Miami streets should be revamped by next spring. And, Washington Avenue between College Avenue and Homer Adams will be reconstructed next year.
American Water Co. just spent $1.3 million to renovate its call center in Alton Center Business Park, which now houses more than 775 full-time employees. The park is nearing full occupancy, he said.
Façade work has begun at Alton Square where the Macy’s store was razed earlier this year. Walker said the mall’s owners continue to talk to potential tenants.
Substantial improvements are also underway to two key shopping centers that have new owners, he said, Washington Plaza in Upper Alton and Piasa Center in North Alton.
The city is now vetting businesses interested in the 37 developable acres next to the new Alton Regional Multi Modal site, scene of a new Amtrak station and Madison County Transit hub.
The businesses along Homer Adams Parkway where that hub is located are already doing very well, he said, adding that some rate in the top in sales in their chains in the St. Louis market.
Other numbers bode well for the city’s future, he said.
Alton’s last unemployment tally was 5.3 percent, making it one of the best jobless counts in decades, he said.
In the past year, through mid-September, the city had issued 1,040 building permits with a total construction value of $39.51 million.

Village trying to expand on success of housing

Counties working on grant to build on apprenticeships

POINT: Who is the best choice for governor of Illinois?