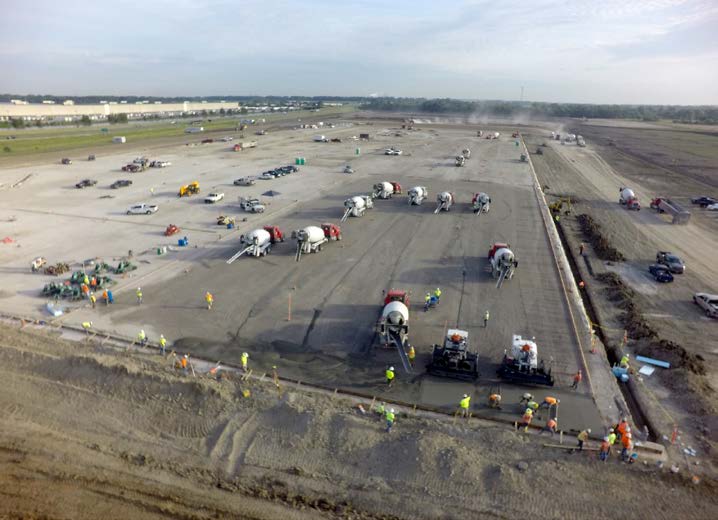 Quality Testing and Engineering, of O’Fallon, Ill., is hard at work on two, highly visible Metro East projects.
One is The Villages at Hartman Lakes at Frank Scott Parkway and Hartman Lane in Shiloh. It is a multiphase development that will include nine buildings, a pool and a clubhouse in the first phase. Edwardsville-based Contegra Construction Co. is the general contractor.
The first phase is a private, 211-unit project will feature three-level garden apartments. Developer of the project is Darrell Shelton.
“We handled the grading and once we get to the asphalt and concrete we’ll test that, too,” said Joe Carter, business development manager for QTE. “We’ve also done some structural wood inspections.”
A second phase calls for a 150-unit senior living apartment complex, to be built to the north.
The total project area, once developed, will take in 63 acres, said John Marquart, village administrator for Shiloh.
Another big QTE project is the engineering involved with the planned World Wide Technology campus in Edwardsville, a project of TriStar Properties.  The 176-acre campus will host two buildings totaling 2.025 million square feet in the Gateway Commerce Center. The vast development is going up along Illinois 255.
QTE is performing soil sampling
and density testing involved in floor slab placement.
Contegra Construction is general contractor on the work, valued at $115 million.
World Wide Technology’s lease at Gateway is believed to be the largest industrial property transaction ever executed in the metro St. Louis market.
World Wide will devote one building to the production and assembly of technology equipment and the other to product storage and distribution. The buildings are due to be completed in April 2019 and August 2019 respectively.
Contegra will erect the first tilt-up concrete panels for the massive buildings this month. Both buildings will feature a thermoplastic polyolefin roof and 36-foot clear height ceilings.  The warehouse/distribution center will feature 90 dock doors, with cross docking capabilities.  The tech center will feature 30 dock doors.