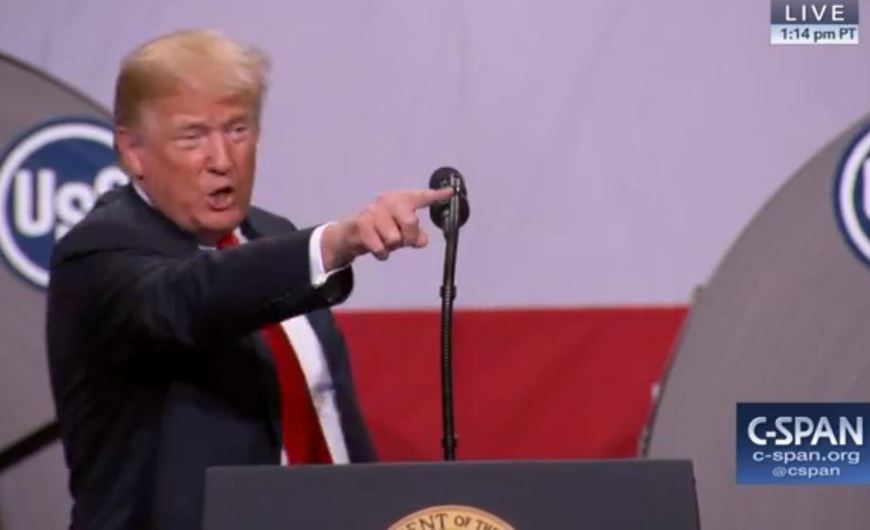 President Donald Trump celebrated the return of the U.S. steel industry during a speech Thursday inside the reopened steel plant in Granite City.

“Our steel workers are going back to work in record numbers, you notice?” Trump said. “We are once again pouring new American steel.”

Thursday’s event was held at U.S. Steel’s Granite City Works plant, which was shuttered in 2015. About 2,000 workers lost their jobs. But in the wake of Trump’s tariffs on steel and aluminum imports, the local plant restarted two furnaces earlier this year and recalled 800 workers.

“It does indeed feel like a renaissance here for U.S. Steel,” Burritt said. “We have a lot of work to do. … We need to make U.S. Steel great again. We are so fortunate to have this type of leadership at this point in time.”

Trump said he had two important priorities: “Buy American and hire American.” He said decades of bad trade policies benefited other countries at the expense of the U.S.

The president said his tariffs on foreign steel is the reason for the revival.

“Thanks to our tariffs, idle factories across the country are steaming back to life,” he said.

Trump said American-produced steel is important for the economy, but also for the country’s security.