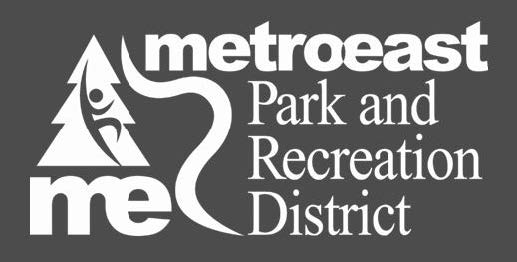 By DENNIS GRUBAUGH
Jurisdictions in Metro East this month begin a scramble for more than $2 million in park and recreation grants, and some communities are being encouraged to get in on the money for the first time.
Metro East Park and Recreation District is offering two types of grants this year, as in the past, as part of its Fiscal 2019 grant program that began in July. Money is generated by a sales tax collected on behalf of the district as part of a voter-approved program that dates back many years.
In one of the grant programs, the district committed $30,000 to event sponsorships. Eligible events include walking, running and biking events as well as biathlons and triathlons. At least 10 percent of the event’s net proceeds must go toward assisting or funding developments or improvements within any public park or along any public trail or toward assisting or funding public recreational programs. Any public agency/department or nonprofit organization may apply from the district’s territory, which includes Madison and St. Clair counties.
Under the events grants, public entities such as cities and counties can compete for up to $2,500 awards, while nonprofits can vie for up to $1,000 awards.
The district has also committed $2 million to its FY19 Park and Trail Grant Program.
New this year, 50 percent of grant program funding will be reserved until Oct. 1, 2018 (or until pledged, whichever is sooner) for applicants who were not awarded a park district grant this past year. After that, all remaining funds will be released to all applicants.
Grants Coordinator Jen Cochran said she is trying to give some communities a “fighting chance” at gaining funds.
“Just last week I sent out 35 emails to communities in all reaches of Madison and St. Clair counties, making sure they know who we are. They’ve never applied for a grant from us. They don’t always have the resources to put together an application. They’ve got a little bit more time to get their application together,” she said.
A resolution or official correspondence from the project sponsor supporting the project and application for grant funding is required, she said.
Eligible projects for the Park and Trail Grants include parks, trails, recreation facilities and related amenities. Applicants can receive grant funding for up to 40 percent of eligible project costs, with a maximum grant award of $300,000.
The required local match is 50 percent of MEPRD’s grant for standard applicants and 25 percent of MEPRD’s grant for rural and disadvantaged applicants. Non-public grants and monetary donations by others may be used to satisfy all or a portion of the applicant’s required local match.
For phased projects, one phase must be substantially complete before the next phase begins. Each phase must have distinctly separate bid packages and start dates.
Some grants can be contingent upon the applicant receiving an outside grant from another public entity. If the applicant successfully receives the outside grant, MEPRD’s funding is finalized; if the applicant is unsuccessful in receiving the outside grant, MEPRD’s funding can be cancelled without any penalties to the applicant.
All of the money will be used up, Cochran said.
“Last year, our money was all awarded by October or November. The money goes fast,” she said.
Metro East Park and Recreation is unusual in that its grant program is not competitive. It’s first come, first served.
“As long as you apply for your grant in the correct time, your application is complete, you have everything that’s required, and your project meets the eligibility criteria, then you’re pretty much going to get your grant,” Cochran said. That’s provided the money hasn’t run out.
Funds go to a wide variety of projects.
More recently, the district has aided multiple projects at the Three Springs Community Park in Shiloh, the latest being a walking trail around the lake. Another multiple projects were assisted at the O’Fallon Family Sports Park, most recently soccer fields on which tournaments are being played.
Events funded included the Highland Biathlon, Trailnet’s Chain of Rocks Birthday Bash ride and an Ainad Shriners 5K Race in Belleville.
For more information or applications contact Cochran at (618) 346-4905 or go to the MEPRD’s website. Completed applications are now being accepted.