Overcast skies set the scene for the 10th annual event, which took place at the Nilo Farms in Brighton.

“The Julians have been with us since the start,” said AMH President Dave Braasch. “In addition to sponsoring at the top level for the past 10 years, they’ve been generous in so many ways – by serving on the committee, obtaining and donating auction items, even staying until the bitter end of the evening to help with clean-up.”

More than 400 people perused the auction items, took part in the archery shoot and observed the ever-popular Homer Clark Quail Flush Championship, won by newcomers Chris Elliot and Eric Williams. A steak dinner was served up by the Morrison’s Food and Nutrition staff from AMH, followed by a fast-paced auction and the fitting music of the Glendale Riders.

This year special guests were Marty Pilcic and his wife, Char. After suffering a heart attack last June, Marty’s life was saved by the quick actions of his wife, Rosewood Heights firefighters and the crew of Duck Plucker ambulance #25.

“I had no idea this was how it all came about,” Char Pilcic said while leaving the event. “It’s a wonderful thing… you can feel it in your heart.”

PHOTO: Barry and Gaye Julian stand next to the latest “Duck Plucker” ambulance, which honors their longtime support of the event. 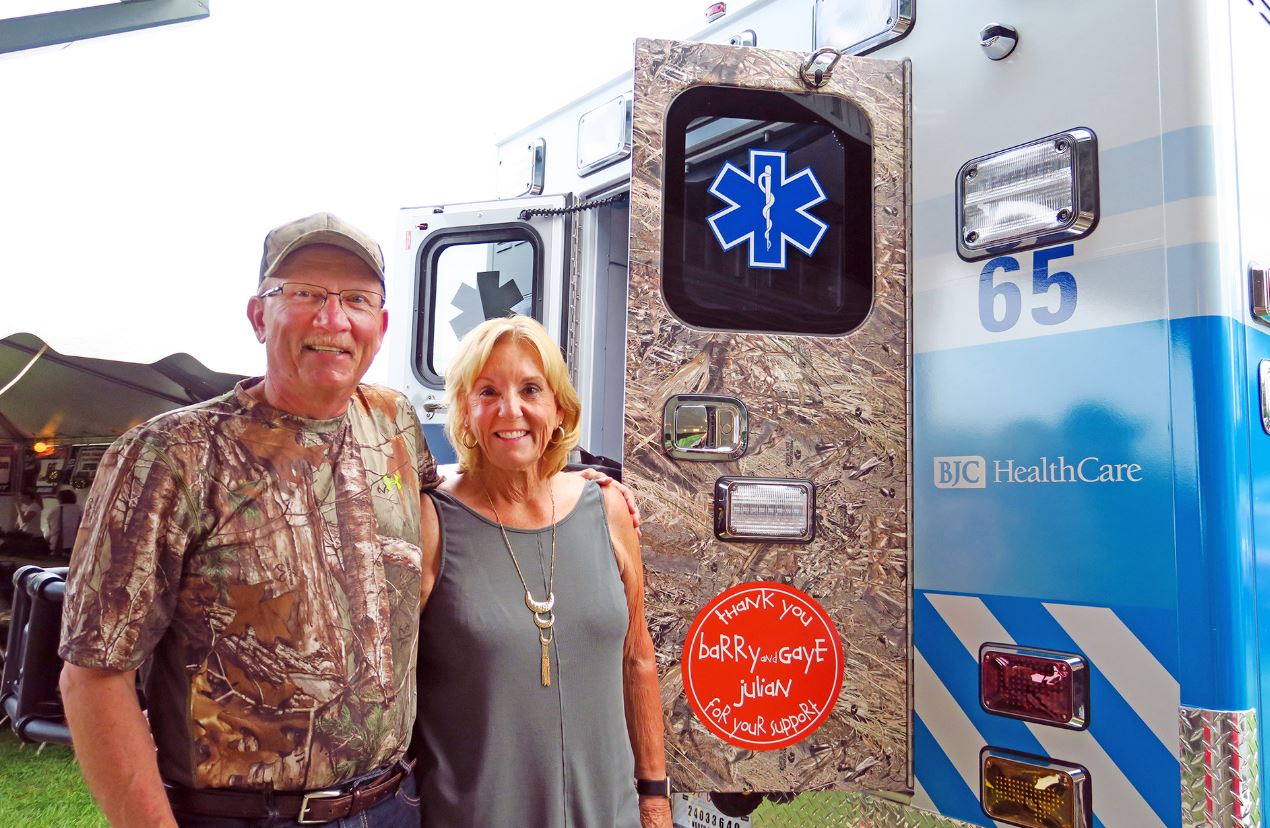