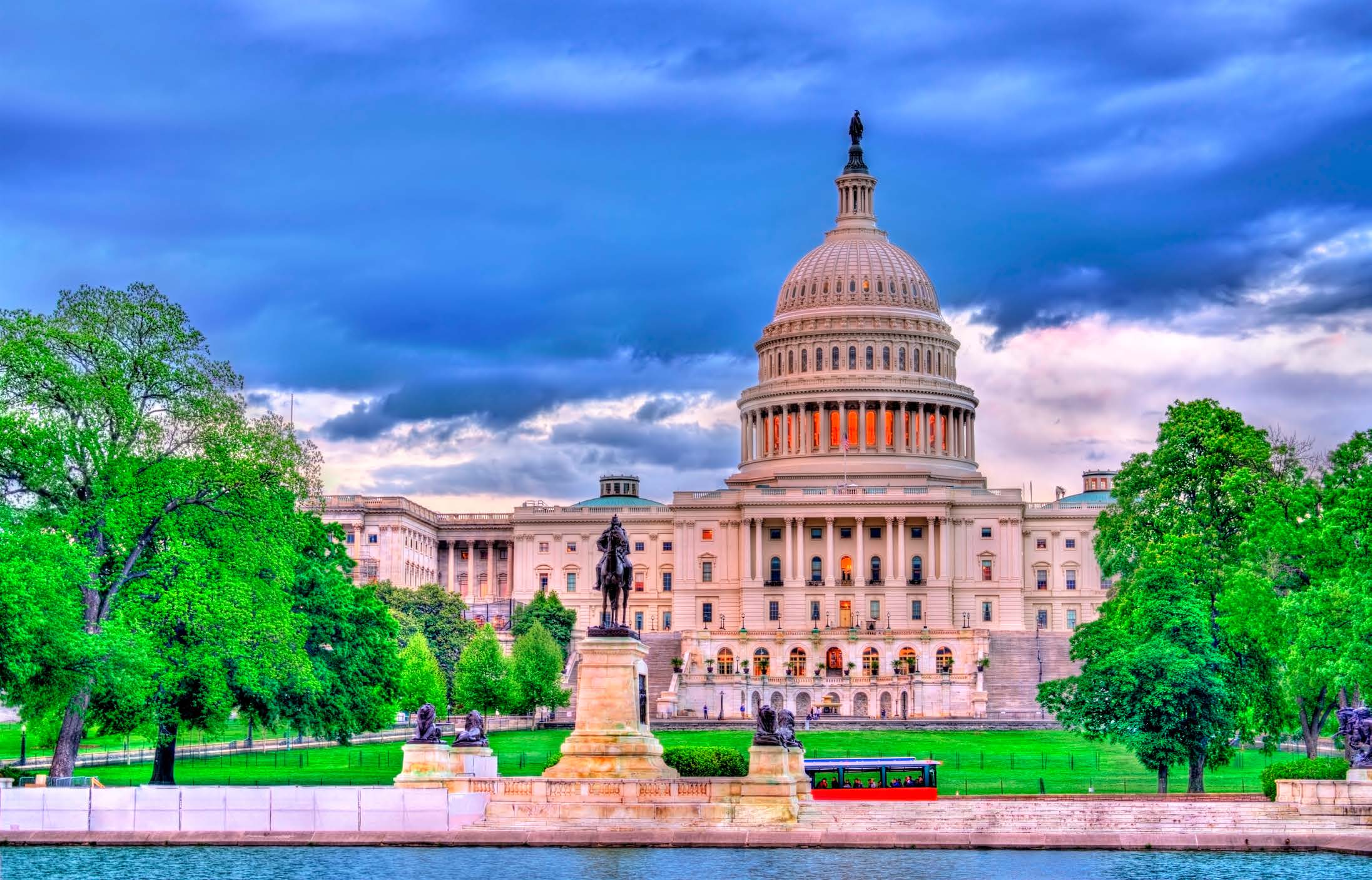 SPRINGFIELD – Gov. Bruce Rauner will be asked to sign legislation that mandates transparency from his own office and from future governors in their budget proposals
House Bill 5814 would force the governor’s office to record late interest payments as a separate line item in its appropriations to state agencies. This paints a clearer picture of the state’s funds and slows the depletion of funding needed to run those agencies.
Currently, most late payment interest penalties accrue at a rate of 12 percent per month for bills unpaid after 90 days, while health-care bills accumulate interest at a rate of 9 percent after 30 days.
The interest penalties are paid from the same appropriation line, depleting the amount a state agency can spend for its operations.
The bipartisan measure was an initiative of Comptroller Susana Mendoza and is supported by the Better Government Association.

SPRINGFIELD – Legislators have signed off on House Bill 5627, a measure that aims to address the teacher shortage by creating a category of substitute teacher licensing.
The measure would create a short-term license to allow individuals with an associate degree or 60 hours of higher education coursework to substitute teach for up to five consecutive days.
The measure also creates reciprocity for out-of-state educators who have completed education programs, giving them the opportunity to teach in Illinois without duplicating the licensure process.
The Illinois State Board of Education supports the bill.

The Check Cashing Fairness Act, which unanimously passed both chambers, would set maximum rates that currency exchanges may charge to cash a check.
While the Governor’s Office has not taken a position on the bill, the Illinois Department of Financial and Professional Regulation, which reports to the governor, supports it.
The Check Cashing Fairness Act would add two factors to the criteria used by the department when setting rates. One would be the impact of the new rates on consumers, and the other would be a determination of whether the new rates would disproportionately impact people of color, older adults, or other specific populations that are protected under the Illinois Human Rights Act.
Under current law, IDFPR is not required to consider consumers when setting check-cashing rates. Rather, the current factors focus on the industry, such as, whether the industry is earning a “reasonable profit.”

SPRINGFIELD – The Illinois General Assembly has approved legislation strengthening the Illinois Equal Pay Act.
House Bill 4163 would prohibit employers from asking about salary histories when interviewing job applicants. The measure would reduce the effects of pay discrimination from past jobs.
Employers can currently consider salary history when making hiring decisions and salary offers. This perpetuates wage inequality, especially since women, on average, earn less than men for similar work, said sponsor Sen. Cristina Castro, D-Elgin. It has also been found that women of color earn even less than white women when compared to men.
“I don’t believe that all employers consciously discriminate, but they need to become aware of this issue,” said Castro. “Many employers tend to set salaries for new hires using their previous salary rather than basing it off of the applicant’s worth to the company. Businesses shouldn’t see this legislation as a threat; it is the right thing to do.”

SPRINGFIELD — New legislation aims to help students learn the people skills that are often crucial to being successful in the workforce.
House Bill 4657 allows schools to teach lessons on emotional intelligence and creates the Emotional Intelligence Education Task Force to develop curriculum guidelines.
The task force would develop age-appropriate emotional intelligence curriculum for elementary and high schools, including how to recognize, direct and positively express emotions.
The legislation has been sent to the governor.

SPRINGFIELD – Two measures taking aim at sexual assault in government by promoting transparency and the responsible use of taxpayer dollars are headed to the governor’s desk.
The first, House Bill 4243, prohibits any public funds – including money that is appropriated for office allowances – from being paid to any person in exchange for his or her silence regarding an allegation of sexual harassment against an elected official.
And, House Bill 4242 aims to stop the use of taxpayer dollars to settle sexual harassment claims by requiring taxing bodies to notify the public if they enter into a severance agreement with an employee or contractor that has been accused of sexual assault or discrimination.
The bill requires the taxing body to notify the public within 72 hours of their entry into the agreement. The notification would include the name and title of the person receiving the payment, the amount of the payment, and whether the reason for the severance was for alleged sexual harassment or sexual discrimination.

SPRINGFIELD – Both the Illinois House and Senate passed legislation to protect nurses from workplace violence.
This legislation is in response to an incident that occurred in Kane County on May 13, 2017 at Delanor Hospital. Two nurses were taken hostage by an inmate undergoing treatment who managed to obtain a handgun.
In Illinois, violence against a nurse is deemed a Class 3 felony charge, but there are no laws that require health-care employers to provide protection to nurses, staff, patients and visitors.
House Bill 4100 will create the Healthcare Violence Prevention Act to protect health-care providers, put in place a violence prevention program and add whistleblower protections for nurses that report violence to law enforcement.

SPRINGFIELD — The chambers in the General Assembly split on an override of Gov. Bruce Rauner’s veto of legislation that gives the attorney general greater ability to enforce employment laws. As a result the veto stands.
Currently, the Attorney General can file suit under the state’s employment laws with a referral from the Department of Labor. The vetoed legislation would have removed that requirement and empowered the attorney general to bring suits related to violations of laws like the Prevailing Wage Act, the Minimum Wage Act and the Day and Temporary Labor Services Act.
The Senate voted to override but the House could not muster the 3/5’s majority needed to do the same.
Rep. Jay Hoffman, D-Belleville, sponsored the original bill in the House as well as the veto attempt. He said he wanted to give the attorney general office more tools to ensure Illinois workers have the right to a safe work environment and that they receive their rightfully owed wages.

SPRINGFIELD – Based on the long-term health value of breastfeeding newborns and infant-parent bonding, the Illinois Department of Public Health is launching an Infant at Work pilot program that will allow eligible mothers, fathers, and legal guardians to bring their infants to work in the early months of parenthood.
“The Infant at Work program will provide numerous benefits for participants, including healthy infant brain development, parental well-being, and critical bonding,” said IDPH Director Nirav D. Shah, M.D., J.D. “Promoting health and wellness is a pillar of IDPH and we want to lead by example.”
The program, which has been successful in other states around the country, was developed with input from the IDPH Office of Women’s Health and Family Services as well as parents with infants, is designed to lower daycare costs, increase family supports, provide more breastfeeding opportunities for mothers, and give fathers the ability to be more involved with their babies. Moreover, the Infant at Work program will reduce the amount of time parents are away from work, help new parents manage the difficult transition back to the workplace, and ultimately improve morale at the agency.
Parents with infants between four weeks and six months of age are eligible to participate, depending on their job duties and location. Employees will be required to work with their supervisor on scheduling, work plans, and space accommodations. Participating staff will have regular evaluations with their supervisors to assess their satisfaction with the program.
IDPH is the first Illinois State agency to pilot this program. After 24 months, the Illinois Department of Central Management Services will evaluate its efficacy to determine if this program is suitable for other state agencies.