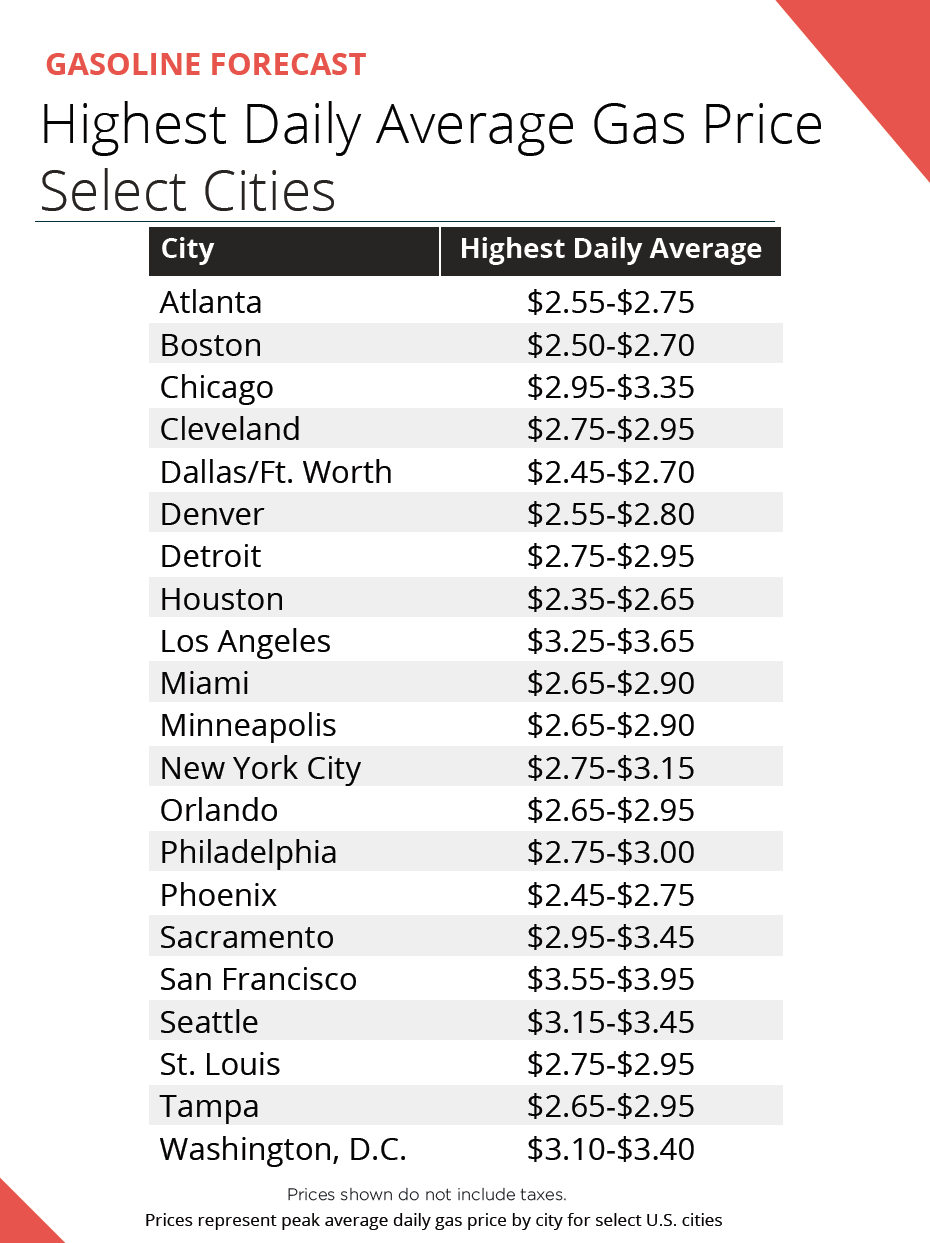 By ALAN J. ORTBALS
Oil prices have largely been on the rise for the last year and in May briefly topped $70/barrel for the first time since 2014, and you can look to OPEC for the reason, says Matt Schrimpf, president and CEO of HWRT Oil Co. in Alton.
“Back in November of 2014 the Saudis basically said they were going to fight for market share,” Schrimpf said. “On a global basis everybody’s always looked at OPEC as a cartel that restricts supply and drives prices higher and historically Saudi Arabia was viewed as a swing producer. So, when they came out on Thanksgiving Day of 2014 and said, ‘We’re going to fight for market share.’ That was quite a shock to the market.”
With that announcement, Schrimpf said, the price of a barrel of oil plummeted from $73.69 on Nov. 26, 2014, to just $55.84 a month later — a 27 percent decline.
“The Saudis were beginning to view the United States as a threat to their crude oil production,” Schrimpf said. “We were becoming more of a player in the global market because we were producing more and more of our need. They figured that one of the ways to fight that was to make it uneconomical for us to compete with their cheaper oil.”
While the price of oil has stayed low, pushing some American producers out of business, it also spurred some consolidations and efficiencies that were very much needed, he said. Global output was high and created an oil glut.
“Oil was being stored all over the world,” Schrimpf said.
After two years of that approach, the OPEC countries and some non-OPEC countries including Russia announced in November 2016 that they would cut production by 1 million barrels a day beginning Jan. 1, 2017. The price of oil has largely been climbing ever since, although at the end of May there was a notable dip that left crude near $67 a barrel.
“The old adage is that high prices fix high prices,” Schrimpf said. “$143/barrel oil (a few years ago) got a lot of people interested in how to get oil out of the ground but the horizontal drilling was pretty sloppy and inefficient. At $143/barrel you can afford to be sloppy and inefficient and pay people to move all over the country. But, when the price dropped, a lot of them just shut down and walked away.”
Innovations and efficiencies triggered by the two-year oil price slump meant the price of extracting domestic shale oil dropped from a break-even price of about $55 to $60 per barrel down to as low as $30 in some places, according to Schrimpf.
Now, a strong global economy is combining with OPEC’s production reduction to boost oil prices. The oil glut has been worked off and the balance between production and demand is much more in line.
Meanwhile, oil production in the United States is booming. Domestic drillers are pumping 10.2 million barrels a day of crude oil and the International Energy Agency is predicting that the U.S. will lead the pack in oil production for at least the next five years. That boom in American production has offset plummeting pumping due to political and economic strife in Venezuela.

“Because supply and demand are much more balanced,” Schrimpf said, “geopolitical events are going to have a much greater impact on prices than they did the last three or four years when there was so much product around the world. So, for example, when the president announced that we were dropping out of the Iran agreement the price took off. I think we’re going to see more production come online here as prices continue to increase which then will cause the prices to drop to the low side at some point in time. I can’t tell you when that will happen but I expect prices to stabilize at some point.”
Crude oil prices are one of the factors that affect what the consumer pays at the gas pump. GasBuddy is a Boston-based technology company that focuses on the oil and gas business. Its app helps steer its 70 million members to the best deals on gasoline in any given market, and each year it publishes a Fuel Price Outlook projecting what we can expect to pay for gas in the year ahead.
GasBuddy’s 2018 Fuel Price Outlook considers multiple factors in making its projections. In addition to crude oil prices, refinery capacity also plays a part. According to GasBuddy, refinery capacity has continued to grow in recent years despite the fact that the number of refineries in the U.S. is just half of what it was 35 years ago. Because of this, the balance between supply and demand is pretty even which means that any refinery disruptions can cause unforeseen turmoil in local and regional gas markets.
Consumer demand also plays a role and the global economy is strong. According to the report, gas sales last November were the highest ever for that month and 2018 consumer demand is expected to continue to be strong.
Gas prices are still relatively low and greater fuel efficiency together with the strong economy points to a fourth consecutive year of increasing demand for fuel, the report says.
Something else that could disrupt U.S. gas prices is if higher prices in foreign markets leads U.S. refiners to export more product. This is referred to as “arb” in the business — price arbitrage — and could contribute to higher costs for gasoline for American consumers in 2018.
After taking these factors into consideration, GasBuddy analysts constructed a forecast for the U.S. average price of gasoline, month-by month, for 2018 as well as for various major U.S. cities. They predict that consumers will see higher gas prices than in 2017, slightly higher than the levels seen in 2015, with a yearly average of $2.57 per gallon, the highest since 2014.
“Motorists probably won’t be getting pumped up to pay more at the pump this year,” said Patrick DeHaan, GasBuddy’s head of petroleum analysis, “but should find some solace in knowing we won’t come anywhere near record prices this year while most of the country will continue to see plenty of prices in the $2-per-gallon range.”

SPRINGFIELD – Illinois would join a growing list of states allowing for the cultivation of industrial hemp under a plan sponsored by state Senator Toi Hutchinson, D–Chicago Heights.
“Illinois has some of the best farmland in the Midwest,” Hutchinson said. “And with more than 80 percent of our land use tied to agriculture, farmers would finally have the chance to grow and produce a product that is already available in our stores.”
Hutchinson’s plan, contained in Senate Bill 2298, would create the Industrial Hemp Act, allowing farmers to apply to the Illinois Department of Agriculture for a license to cultivate and process industrial hemp. In 2014, the federal farm bill for the first time allowed universities and state departments of agriculture to develop pilot programs to study the cultivation and marketing of industrial hemp. Illinois passed legislation in 2015 allowing state universities with four-year agriculture degrees to research hemp.
“The Illinois Farm Bureau has long had policy, implemented by our grassroots members, that supports the production, processing and utilization of industrial hemp,” said Bill Bodine, associate director of state legislation with the Illinois Farm Bureau. “Our members look forward to having the ability to raise a new crop that can help them diversify their farms. We appreciate all the hard work and leadership of Sen. Hutchinson in passing Senate Bill 2298.”
Industrial hemp has a myriad of uses, including paper, plastics, textiles and even fuel.
Senate Bill 2298 passed the Senate without opposition and will head to the governor for his signature.

SIHF Healthcare announced that certified Family Nurse Practitioner Felecia Ernst has joined its team at 4 Memorial Drive, Building B, Suite 210, Alton.
Ernst has experience in obstetrics and gynecology and is a certified health coach.
Ernst received both her Bachelor and Master of Science degrees in Nursing at Southern Illinois University Edwardsville.