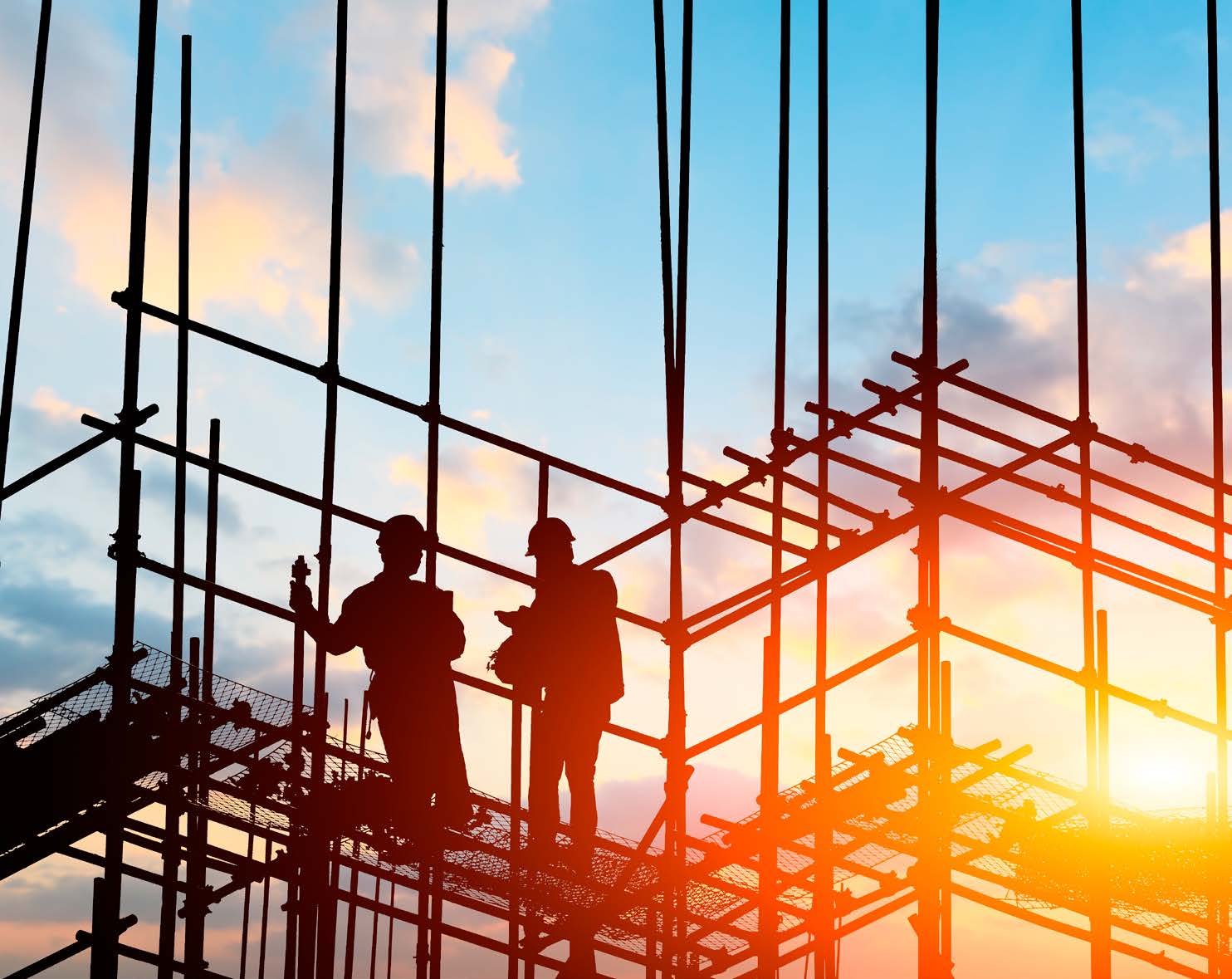 By ALAN J. ORTBALS
The cost of goods used in construction jumped in April at the fastest year-over-year rate since 2011, with ongoing increases for a wide range of building materials, including many that are subject to proposed tariffs that could drive prices still higher and cause scarcities, according to an analysis by the Associated General Contractors of America.
Association officials said that the new data from the U.S. Labor Department indicates many firms are already being squeezed by higher materials prices that they are unable to pass along to their customers.

AGC officials warned the Trump administration that the new tariffs and resulting price spikes have the potential to undermine benefits of tax and regulatory reform and urged them to reconsider.
“Contractors have started to boost the prices they charge, but they are falling further behind on the cost of materials they buy,” said the association’s chief economist, Ken Simonson. “This imbalance poses two risks — either contractors will suffer decreased profit margins or project owners with fixed budgets will cut back on the projects they undertake.”
The producer price index for inputs to construction industries, goods — a measure of all materials used in construction projects including items consumed by contractors, such as diesel fuel — rose 1.0 percent in April alone and 6.4 percent over 12 months. The year-over-year increase was the steepest since 2011, the economist noted. Meanwhile, the producer price index for nonresidential construction — a measure of what contractors say they would charge to put up a mix of school, office, warehouse, industrial and health-care buildings — increased 1.1 percent for the month and 4.2 percent year-over-year.
“The gap between the 6.4 percent rise in the cost of construction goods and the 4.2 percent increase in prices charged is ominous,” Simonson observed. “Unfortunately, the gap may widen further if tariffs or quotas push up costs further for the many steel, aluminum and wood products used in construction.”
From April 2017 to April 2018, the producer price index jumped by 11.9 percent for aluminum mill shapes, 11.0 percent for lumber and plywood and 7.4 percent for steel mill products. The U.S. has been in a dispute with Canada over lumber imports, has imposed tariffs on several types of steel and has announced or recently imposed additional tariffs—not reflected in the April price index — on steel, aluminum and numerous Chinese construction products.
Other construction inputs that rose sharply in price from April 2017 to April 2018 include diesel fuel, 41.6 percent; copper and brass mill shapes, 10.5 percent; gypsum products, 7.5 percent; ready-mix concrete, 6.9 percent; and truck transportation of freight, 6.0 percent.
Association officials said the Trump administration’s tariffs pose a real threat to the continued growth of the construction industry. As steel, aluminum, and wood prices continue to surge, contractors will be forced to charge more, potentially discouraging or delaying new infrastructure and development projects.
“The new tariffs have the potential to undermine many of the benefits of the President’s recently enacted tax and regulatory reforms,” said Stephen E. Sandherr, the association’s chief executive officer. “Instead of investing their tax savings in new personnel and equipment, many firms are being forced to use them to cover increasing steel and aluminum costs.”
But Paul Gansauer, director of Pre-Construction Services for Holland Construction Services, says it’s nothing to be alarmed about.
“I don’t think it’s as big a deal as what the AGC is saying,” Gansauer said. According to the Turner Building Cost Index, a commonly used building materials cost index used by HCS, there was a 4.1 percent increase in materials costs in 2013; 4.4 percent in 2014; 4.5 percent in 2015; 4.7 percent in 2016; and 5.0 percent increase in 2017.
“The wild card right now is the tariff talk,” Gansauer said, “and that impacts mostly steel and metal-related materials. Right off the bat we were getting notices from suppliers saying they didn’t know what was going to happen. We didn’t know if a price would be good for 15 days or 30 days or whatever. But still, it’s not like it was back in 2006-2007 when materials suppliers were sending letters all the time saying these prices are only good for 14 days. It’s just been a slow, gradual increase since about 2012.”