ST. LOUIS — Members of Missouri’s Hyperloop Coalition this week updated efforts to bring the innovative technology to the region.

A presentation was made during the inaugural FreightWeek STL conference.

The Missouri Hyperloop Coalition is a public-private partnership of several civic organizations and the Missouri Department of Transportation. The coalition has taken the lead in coordinating a major engineering feasibility study of the Hyperloop technology, as well as the proposed route. 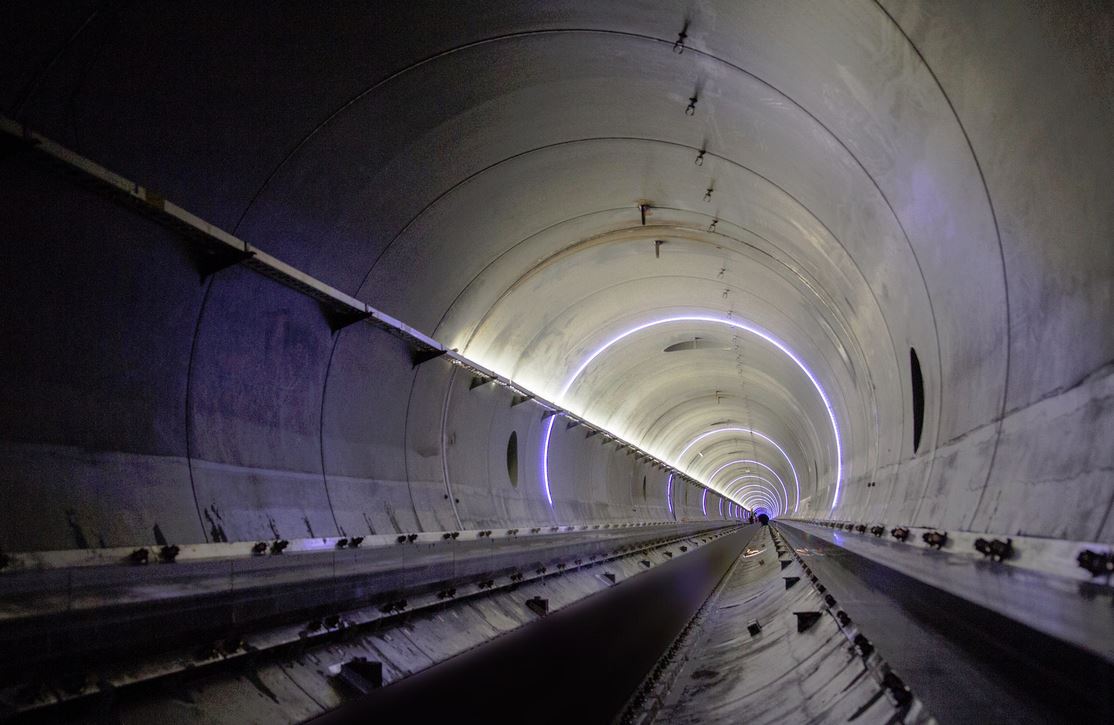 Missouri is among the top five sites in the world under consideration for the first inter-city route. The technology combines two types of technologies that already exist – Maglev trains, which use magnetic levitation to move vehicles, and vacuum tubes. These two technologies create a coasting effect that would allow for the movement of people and goods at 700 mph. The proposed Missouri route would run between St. Louis and Kansas City along Interstate 70.

Tom Blair, MoDOT’s district engineer for St. Louis, and Andrew Smith, vice president of entrepreneurship and innovation with the St. Louis Regional Chamber, are members of the coalition and provided an update May 22 on the project.

Blair has played a crucial role in bringing the concept of Hyperloop to Missouri. In 2015, he led MoDOT’s Road to Tomorrow team, exploring innovations that could generate new revenue for transportation in Missouri. He spoke about many of the innovative concepts that have come out of Road to Tomorrow, including the discovery of Hyperloop, which he said would create a lucrative revenue stream from the energy created with air traveling through the Hyperloop tube.

“I got the chance to go to Los Angeles to the headquarters of Hyperloop One, and I walked in somewhat as a pessimist,” noted Blair. “I didn’t think a new mode of transportation could be created. But I also walked in optimistic because of my work leading the Road to Tomorrow initiative. After I spent a half a day with the Hyperloop team at their headquarters, I was excited to come back to Missouri and convince my leadership team that we need to figure out how to partner with this Hyperloop team.”

From there, Hyperloop One, now known as Virgin Hyperloop One, created a global challenge to bring awareness to the project and form partnerships that would help bring this project to life. The Missouri team applied to participate in the challenge and was initially selected as a semifinalist for its proposed St. Louis-Kansas City line but not a finalist. Hyperloop was still impressed by the KC-Stl route proposal, and after further collaboration and discussions, the route is now among the top five in the world to potentially be built.

Andrew Smith, the co-founder of the Missouri Hyperloop Coalition, has become a leading advocate for ultra-high speed transportation in the Midwest region as a means to spur innovation and economic development. He is working to not only bring Hyperloop technology to Missouri but is also with the departments of transportation from several states to promote a “Heartland Hyperloop” route that would ultimately connect Denver, Kansas City, St. Louis, Chicago, Indianapolis, Columbus and Pittsburgh. He spoke at the conference about why the Hyperloop technology made sense for our region.

“We believe the next big mode of transportation is Hyperloop,” Smith said. “We are more than just a nation of city and states, we are a nation of megaregions. Kansas City and St. Louis are strategically located megaregions. Imagine what we can do if we can connect these two megaregions. And that’s essentially what Hyerloop is doing. It’ll allow you to travel between downtown KC and downtown St. Louis in under 30 minutes.”

Smith pointed out that Hyperloop would make St. Louis the ninth largest economic development mega region in the country. It would be bigger than Boston, San Francisco, Detroit, Minneapolis or Seattle. St. Louis, Kansas City and Columbia would be able to combine workforces to attract development in the state, which would help strengthen our position as a global leader.

Both Smith and Blair touted the advantages Missouri has over the other proposed routes that include paths through Denver, Texas, Dubai, India and one connecting Chicago to Pittsburgh. Missouri offers a straight route to enable the highest speeds, would connect two major metropolitan regions with demand for shorter commute times, low land cost, a favorable regulatory environment, significant engagement from both public and private sectors and an ideal central location to begin construction of transcontinental route.

Smith pointed out that every milestone has been met or surpassed so far, including endorsement from MoDOT, support from the Missouri Department of Economic Development and full engagement with Hyperloop One. Currently a feasibility study is being completed by engineering firm Black and Veatch, which is based in Kansas City, at no cost to taxpayers.

Among the items being studied are precise route/alignment along Interstate 70, land issues that will be encountered (tunnels, bridges, etc.), regulatory frameworks that will allow the system to be built, cost, economic and social impacts and the ability to run profitably. The study will be complete in September or October.

“We believe that Virgin Hyperloop One is going to be able to successfully commercialize this technology,” Smith said. “The world is only becoming more competitive, and Hyperloop One is a transformative economic development project. It’s about jobs, talent attraction, investment, innovation and showing global leadership. There is a real opportunity to bring this technology here, and we would love to be the first place in the world to have Hyperloop One.”

For more information on the project, visit https://hyperloop-one.com/.

PHOTO: A Virgin Hyperloop One tunnel. Image from the company’s website.