CHICAGO – The Illinois Department of Employment Security announced today that the unemployment rate decreased by -0.2 percentage point to 4.4 percent in April and nonfarm payrolls increased by +4,700 jobs over-the-month, based on preliminary data provided by the U.S. Bureau of Labor Statistics and released by IDES.

“Illinois’ unemployment rate decreased for the fourth month in-a-row to its lowest level since 2006,” said IDES Director Jeff Mays. “At the same time, online job postings on IllinoisJoblink are up nearly 8 percent from a year ago, so job opportunities have improved.”

“We continue to work to bring new opportunities to communities across Illinois,” said Director of the Illinois Department of Commerce Sean McCarthy. “By attracting new investment and working with existing employers on workforce needs, we are cultivating a competitive economy and business-friendly environment that will boost growth and ensure a better future for Illinois.”

An individual who exhausts or is ineligible for benefits is still reflected in the unemployment rate if they actively seek work. To help connect jobseekers to employers who are hiring, IDES’ maintains the state’s largest job search engine, IllinoisJoblink.com (IJL), which recently showed 57,112 posted resumes with 198,608 jobs available. 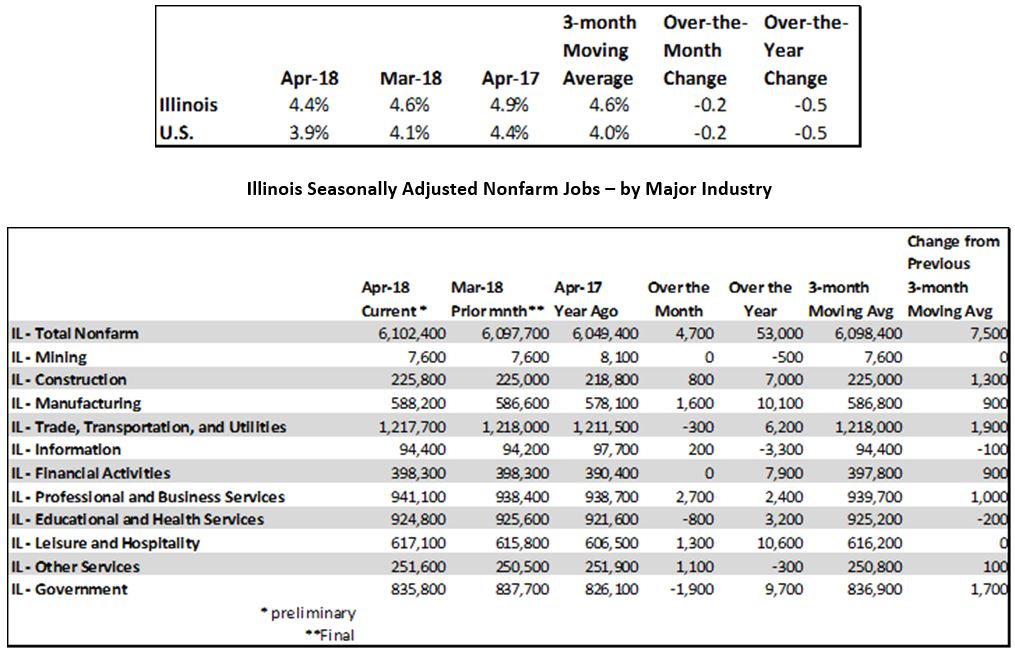