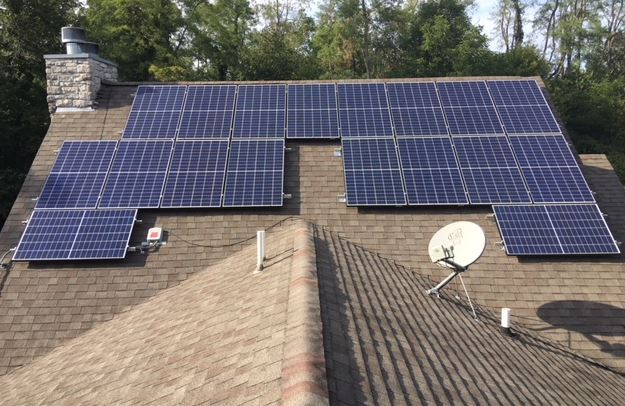 Residents, businesses, farms and nonprofits in Madison County and St. Clair County have an opportunity to learn more about solar energy and participate in affordable solar through a new program called Solarize Metro East.

The program builds on the success of last year’s Solarize Madison County, where nearly 500 individuals attended free solar education sessions and 40 property owners added around 300 kW of solar to their properties in 2017.

“Thanks to supportive municipalities like Columbia and Belleville, the program will extend its reach into St. Clair County this year,” said Kim Petzing, resource management coordinator for Madison County Planning & Development, who is also one of the lead coordinators of the program.

“New this year, the program has options for renters too, in the form of Community Solar Arrays,” said Nate Keener, director of sustainability at Lewis and Clark Community College. “That really expands solar access quite a bit.”

Woulfe-Beile said she is excited to spread the good news about solar energy.

“My husband and I were excited about the prospect of a solar installation after we moved into our home in Godfrey two years ago,” she said. “We attended a solar Power Hour at Lewis and Clark Community College that was sponsored by Godfrey Cool Cities; which is a program of the Sierra Club. The power hour broke down the technical and financial components of residential distributive solar power; this convinced us to schedule a solar assessment. Within months we had our system installed and online. We are proudly producing clean solar energy to replace dirty methods of power generation and enjoying our tax benefits and pre-negotiated Solar Renewable Energy Credits (SRECs) since October of 2016.”

The program kicks off on May 1 at 6 p.m. at the Glen Carbon Police Department Community Room, 149 N Main St, Glen Carbon, and runs through August with 20 Solar Power Hour presentations. The full calendar and more information are available at SolarizeMetroEast.com.

Solarize Metro East is administered by the Midwest Renewable Energy Association (MREA) at no cost to the counties. This type of program has been successful in other jurisdictions in Illinois, Iowa and Wisconsin, and as seen in Madison County as well as Urbana-Champaign, Bloomington-Normal, Milwaukee and Cedar Rapids.

“Over the past several years, we have helped educate thousands of property owners all over the Midwest about solar,” said Peter Murphy, Solar Program Manager for MREA. “There’s a huge demand for information about solar, and folks are learning that it’s no longer an inaccessible technology of the future, but rather it’s available to them right now.”

Solarize Metro East is also sponsored by the Glen Carbon Cool Cities Committee, one of several Cool Cities in Illinois established by the Sierra Club over the past several years.