The restaurant will open for lunch at 11 a.m. 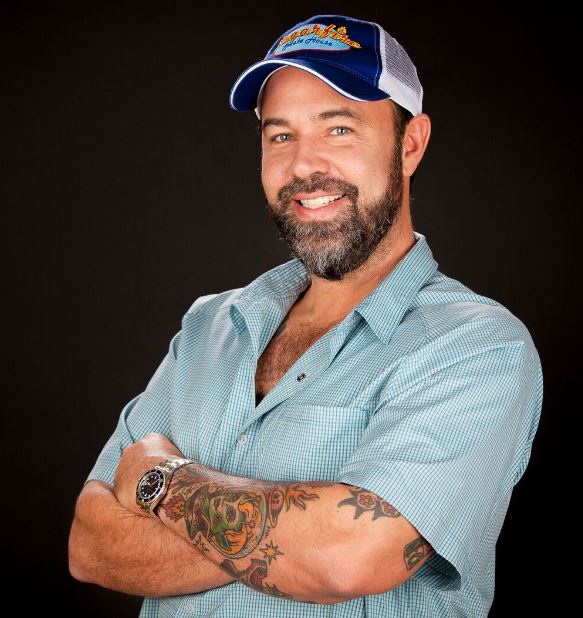 Sugarfire founder and chef Mike Johnson (shown) will join forces with Gregg Medeiros, John Brauch, Tom Lombardo and Mark Pitliangas as owners of what is being called “Sugarfire 64.”

The O’Fallon location is the second location to open outside of Sugarfire’s home state of Missouri, with the first successfully opening just weeks ago in downtown Indianapolis. The fast-casual concept opened its flagship in 2012, and since, Johnson has expanded Sugarfire’s imprint across Missouri to seven locations, including a location within the National Blues Museum, and an extensive catering program. With a background in fine dining, and training under the infamous Emeril Lagasse, chef Johnson created Sugarfire’s menu to reflect a variety of barbecue styles, techniques and influences found throughout the United States.
Sugarfire offers what it calls succulent brisket, pulled pork and ribs, as well as its signature sandwiches and sides. Sugarfire has been ranked best barbecue in St. Louis by local and national publications.
Additionally, chef Johnson has served as a celebrity guest pitmaster and competitor in events globally, including Hogs for the Cause, the Perth Yak Ales BBQ Competition, Memphis in May, Australia’s Meatstock, The Kansas City Royal, Charleston Wine & Food Festival and the World Food Championships. Chef Johnson has also been featured on a variety of national television shows, including Food Network’s BBQ, Brews & ‘Que, Beat Bobby Flay and Beat Bobby Flay Rematch, Travel Channel’s Food Paradise, and Destination America’s BBQ Pitmasters.

Having interest in expanding into the Illinois market for a while, Johnson found Medeiros, Brauch, Lombardo and Pitliangas to be hist partners. The latter three are partners in Sugarfire’s Indianapolis location, and Medeiros has long been involved in the food and beverage industry.

“We’ve had our eye on expanding into Illinois for a while and look forward to getting involved in the community and serving up some Sugarfire ’que to the great city of O’Fallon,” says Johnson.

Located in walking distance to the new HSHS St. Elizabeth’s Hospital, Sugarfire 64’s interior will complement what many Missourians have grown familiar with. As the brand’s largest location to date and first to be built from the ground up, Sugarfire 64 was constructed by Plocher Construction, of Highland, and boasts more than 4,100 square feet. The modern, free-standing building will seat approximately 84 seats inside, with an additional 50 seats available on the covered patio. Upon entering, guests are greeted by a flame-printed walls airbrushed by local artist Walt Hall, complemented by exposed ceiling beams, barn-wood walls and subway tile throughout. The interior design may be credited to Antique Architectural Design, and Sugarfire appointed Atlanta-based Green Olive Media to handle public relations.

The Sugarfire 64 menu will be consistent with the other Sugarfire locations, made-to-order on Ole Hickory Smokers and offered alongside daily specials. The counter-service menu, drawn by local artist Brandon Warren, will also highlight local craft beer, boozy milkshakes, and in continuance of the Excel Bottling partnership, Sugarfire Smoked Lager and the exclusive Sugarfire Cherry Cola. Furthermore, the new location will feature one exclusive on-menu special, The Brisket Dip (featuring smoked brisket, caramelized onions & Swiss cheese on a hoagie with au jus), and will offer fresh baked pies and sweets made in-house daily.
Spearheading the kitchen as executive chef is Illinois native Tyson Long, with assistance from sous chefs Jessica Pruitt and John Komodos.

The restaurant will open for business daily from 11 a.m. until sold out. Catering as well as delivery will be available, and orders may be placed via phone at (618) 360-3473.

For hiring information and/or to apply for a position at Sugarfire 64, visit sugarfiresmokehouse.com.

Hailing from a background in fine dining, chef Mike Johnson launched his culinary career under a young Emeril Lagasse before heading north to develop his skills under the expertise of Chicago’s Charlie Trotter and Gabino Sotellino. Johnson then traveled to Paris to train at the prestigious Le Buisson D’Ardent, and served a stint under Belgian Master Chef Daniel Joly in Beaver Creek, CO before bringing his culinary expertise home to St. Louis.