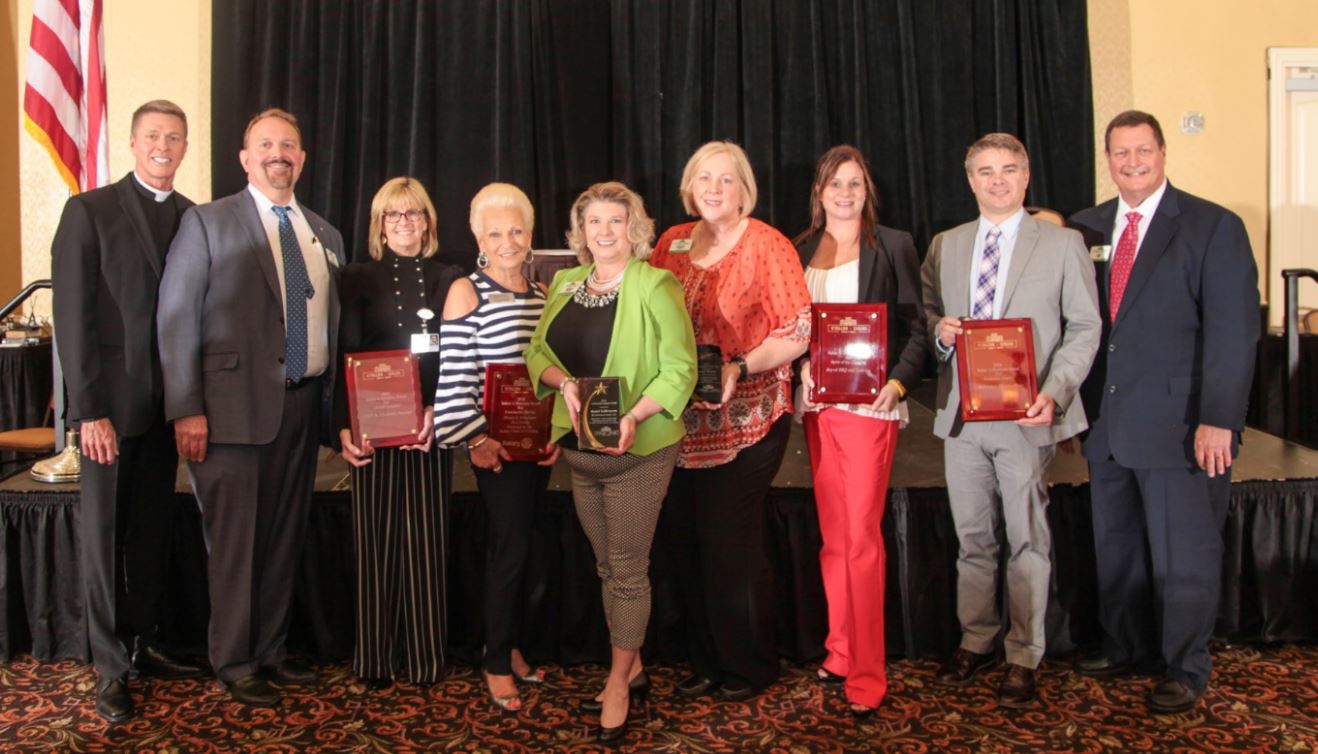 Contributions and leadership by members of the business community were honored Tuesday afternoon by the O’Fallon-Shiloh Chamber of Commerce.

A number of awards were bestowed during the 42nd Annual Salute to Business Awards, the largest event of the chamber’s year. The gathering was held at the Regency Conference Center in O’Fallon.

The Overall Business Award went to HSHS St. Elizabeth’s Hospital, which opened a $300 million facility in O’Fallon this past November. The award was accepted by the interim hospital President and CEO Patti Fischer. The hospital, which relocated from Belleville, sits on a 120-acre campus and is positioned for future growth.

The Economic Impact Award went to the McKendree MetroRecPlex, a multi-million-dollar sports facility that recently opened along East U.S. Route 50 and Scott-Troy Road. The complex has two NHL-size ice rinks, a 10-lane championship pool and recreation pool, and a contemporary fitness center. It is first phase of what is intended to be a 25-acre mixed-use development. The award was accepted by Dean Oelze, president of the Nashville, Ill.-based developer, S.I. Strategy, LLC. He is the complex founder and managing member of the owner group.

The Heritage Award went to St. Clare of Assisi Roman Catholic Church, located on Cross Street in O’Fallon. Accepting the honor was the longtime pastor of the church, The Rev. Jim Dieters. The church is cited for its numerous contributions to the betterment of the community, including a wide range of public activities. The current site — the church’s third location — was completed around 10 years ago.

The Spirit of the Chamber went to Roy-el BBQ and Catering. The operation has served catering needs small and large for more than 30 years. It was begun by Roy Ellis, a friend who eventually sold the operation to Quentin and Sherry Nungesser. The Nungessers’ son and daughter, Marty and Brea, now run the business.

The Community Service award went to Strano and Associates. That award is sponsored by the three Rotary Clubs serving the O’Fallon area. Strano has long been a supporter of community activities and goodwill efforts, including through fund-raising, holiday activities and charitable work. The award was accepted by owner Dede Strano.

Renee LaBruyere received the Chamber Ambassador of the Year.

Photo by Melissa Federhofer / marketing and communications manager at the Chamber