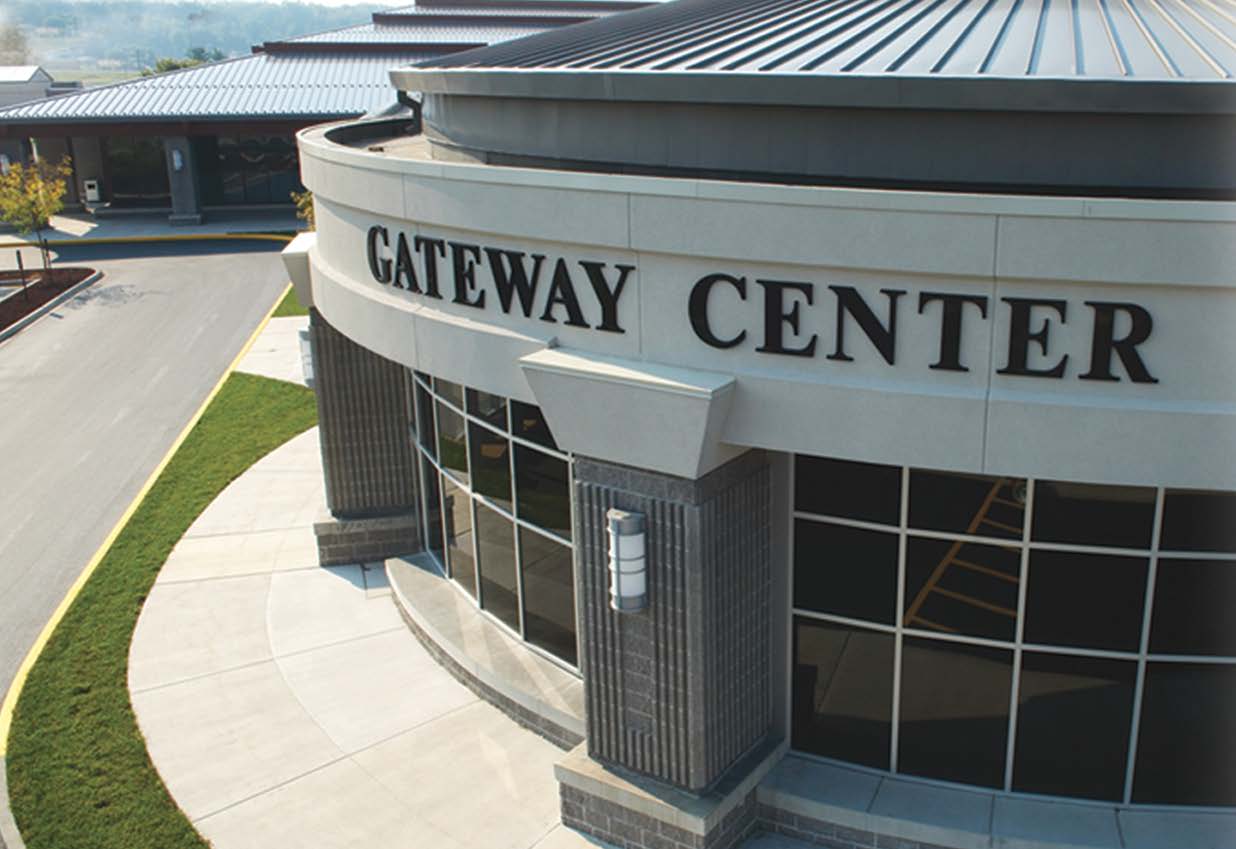 By ALAN J. ORTBALS
The city of Collinsville is in the process of incorporating the Gateway Center into the city and will be using tax increment financing to help take it to another level. The Gateway Center already creates in excess of $36 million for the Collinsville economy and the improvements are expected to increase this economic impact by approximately $100,000.
The Gateway Center has been the lynchpin to the Eastport Plaza area since it was opened in 1990, creating demand for hotels, motels and restaurants. As a separate governmental body, state law restricted its ability to generate funds needed to improve and expand the center. This will change when it’s taken in by the city.
Collinsville city manager, Mitch Bair, said that the city has a $100 million renovation/expansion/development plan for the property and is itching to get started. The first phase will entail updating the facility, restructuring the concession area, updating mechanical systems and creating a pedestrian connection to the Doubletree Hotel to make it FDA compliant. Bair said the first phase should be completed by late 2018 or early 2019. That’s when the project will kick into high gear.
The city is also planning a 35,000- to 55,000-square-foot expansion of the center and adding a 200-room adjoining hotel and a parking structure.
“Our intention is to partner with the private sector to take on at least half of those costs,” Bair said. “The rest would be covered by public financing. The goal is to complete the project in 3 to 4 years.”
While TIF is going to be used to help make the convention center project possible, other major projects are underway in the district that require no TIF subsidy. For example, Ameren Illinois is building its new headquarters in Eastport Plaza but receiving no TIF assistance. Site prep is already underway on the 44,000-square-foot building that will house 200 to 220 employees.

“We strategically use tax increment to attract high retail tax generating uses,” Bair said. The City Council is very sophisticated about the use of TIF to leverage private investment. If you’re going to get incentives, it needs to be consistent with our development plan and with our vision of the kind of development we want. There’s a very strong focus on either job creation or on retail sales tax generation.”