Some businesses left, others never lost hope during mill’s idling 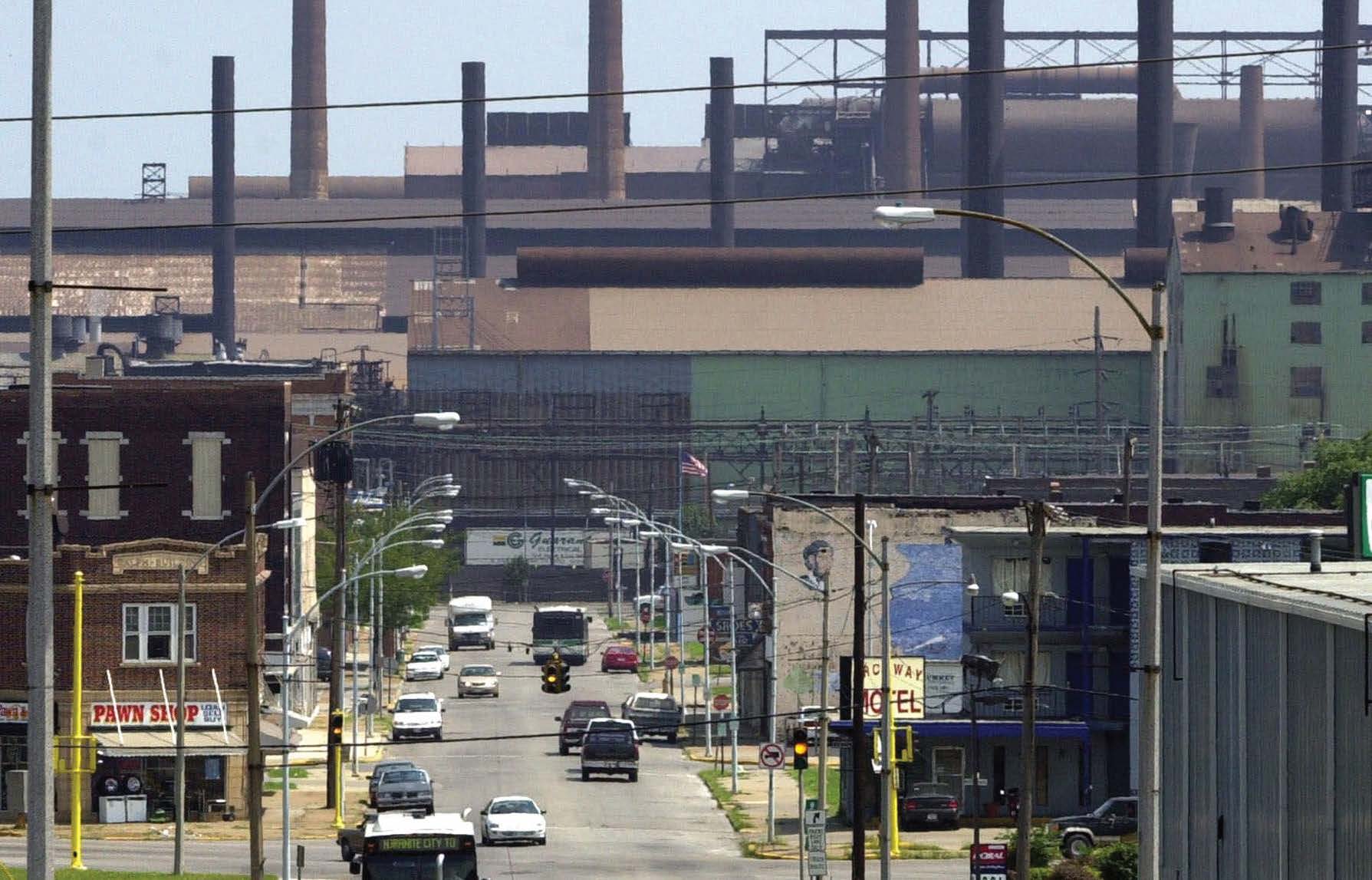 By DENNIS GRUBAUGH
GRANITE CITY — A business community that has lived on the edge the last two years waiting for the return of its largest employer is experiencing a sense of calm these days.
And yet, the anticipated callback or hiring of 500 workers at U.S. Steel’s Granite City Works is only part of a big picture. The rest of the community coped best it could, but the idling of workers has been a struggle, said Rosemarie Brown, executive director of the Chamber of Commerce of Southwestern Madison County.
“To be honest with you, it was devastating for business. The announcement was made in December (2015). The following year in November I reported to the board that we had lost 26 members. They had closed their doors within that one year,” Brown said.
Some businesses dealt directly with U.S. Steel as suppliers and vendors. Others were businesses that were simply affected when workers left.
“These guys go to lunch, they go to dinner. They buy their kids stuff before they go home. People just didn’t have the income. It was devastating for this community. It was devastating for this chamber,” she said. “It was the breath and life of this community, truth be known.”
Business, though, is coming back and not just because of the steel news. Brown said the town has “so many processors, that it really saved us.”
One Madison business, Custom Steel Processing, is expanding and investing $29 million in a new building, she said.
Another business, Icon Mechanical in Granite City, is doing well, she said.
“That’s the thing: Nobody has given up. Did we hurt? Boy, did we hurt. But nobody gave up,” she said.

Many Granite City steel workers retired or found new jobs after the mill shut down, idling some 2,000 people. The hirings are expected to bring back some former workers and a host of new ones who must be trained.
“I know of one (worker) who had a good job at U.S. Steel but he didn’t have a couple of the skills he thought he might need at another job, so he went back to school. He’s actually doing a co-op with one of our businesses. He probably won’t go back to U.S. Steel because the company he is co-oping for truly appreciates what he is doing there and he’ll be hired there,” Brown said.
The workers lived all over the area, not just Granite City, she pointed out.
There is no reason the area can’t enjoy a true rebound she said.
“Twenty years ago, this place was fabulous, but 20 years ago we didn’t have half the businesses that we have got now. The opportunity is there,” Brown said. “Stop and think about the processing companies alone. Think about what (America’s Central Port) has done in the last 20 years. Think about SCF/Lewis and Clark Marine, what they’ve done in the last year. They are now an international company.”
Fortunately, U.S. Steel kept up maintenance, even invested in some new equipment, while the mill was idled, she said, which undoubtedly will speed the plant being restarted.
“We have survived. We’ve pulled ourselves up by the bootstraps. Some of our businesses — surprisingly — decided they would continue investing in their community,” she said.
Ronda Sauget, the executive director of Leadership Council Southwestern Illinois, a nonprofit group that pursues a large economic development agenda in Madison and St. Clair counties, has remained an active player in the steel mill issue.
“Early on, we had a specific public policy issue related to imposing tariffs on foreign steel products, so that was important,” Sauget said. “We had sent our public policy to Penny Pritzker (former secretary) at the U.S. Department of Commerce expressing our opinion and also to our federal delegation. That was part of our initiative to support the steel industry in the area.”
United States Steel Corp. announced last month that it will restart one of two blast furnaces (“B” blast furnace) and the steelmaking facilities at its Granite City Works.  The additional capacity will support anticipated increased demand for steel in the U.S. States that is expected from tariff action announced by President Donald J. Trump in March. For years, the American steel industry has claimed unfair competition from foreign countries, primarily China, dumping cheaper steel into the market. The restart may take up to four months.
Leadership Council reps arranged a trip to Pittsburgh, Pa., to talk to U.S. Steel executives during the period.
“Within the last six months we’ve been talking to them quite a bit more,” Sauget said. “As a matter of fact, they are coming here so we can talk about strategies in Granite City with the plant manager. And then, in June we will be going to U.S. Steel’s headquarters to talk to their senior leadership team.”
Leadership Council never knew if a total shutdown of the plant was in the offing, but officials took no chances, she said.
“That was never really shared with us. We were hopeful that they were getting something done and we were reaching out to them to let them know we had appreciated all their years of business and investment in our area. And we were here for them, Sauget said.
A lot of businesses are riding on the decision, she said.
“There are a lot of ancillary businesses that depend on a company like U.S. Steel that is so large,” Sauget said. “When you’re such a big industry you affect things in such a profound way. Like a Phillips 66, or a Scott Air Force Base. If something were to happen, that would impact all of us.”
The entire region’s reputation suffers a setback when you lose a major employer, she added. The organization has taken a much more proactive approach in the past year to make sure that key employers are happy.
“What we’ve been doing on our outreach trips to Omaha and other places is talking to our major employers, telling them how much we appreciate them, asking if there was anything we can do for them, and if there are specific issues that they need us to work on,” Sauget said.
She pointed out that another of Leadership Council’s members, Alton Steel, has also suffered from the steel competition.
“And we are helping them with different issues that are important,” she said. “They want to expand their product line and have the available employees that they can work with.”
Training and manpower resources are critical focus area for Leadership Council because good workers are getting increasingly difficult to come by.
“People have gotten so far away from vocational trades. There used to be large shop classes, but with school budgets being cut, a lot of those went by the wayside,” said Sauget, who this past month was working with school districts in Granite City and Dupo on building co-op programs “so students can have some of the benefits like I experienced when I was in school.”
Leadership Council’s annual dinner in March focused on STEM education.
“We had huge support. It’s become a main topic for economic development professionals all around the country,” she said.
“All the trips we’ve been on, to Atlanta, New York, New Jersey — we just came back from Dallas — the one thing they wanted know about was (trades). How many welders do you have? How many CMT operators do you have? How many technical trades? STEM has become such an important part of maintaining and attracting new business. It’s really the key thing.”

POINT: Should non-union members have to pay for union representation?