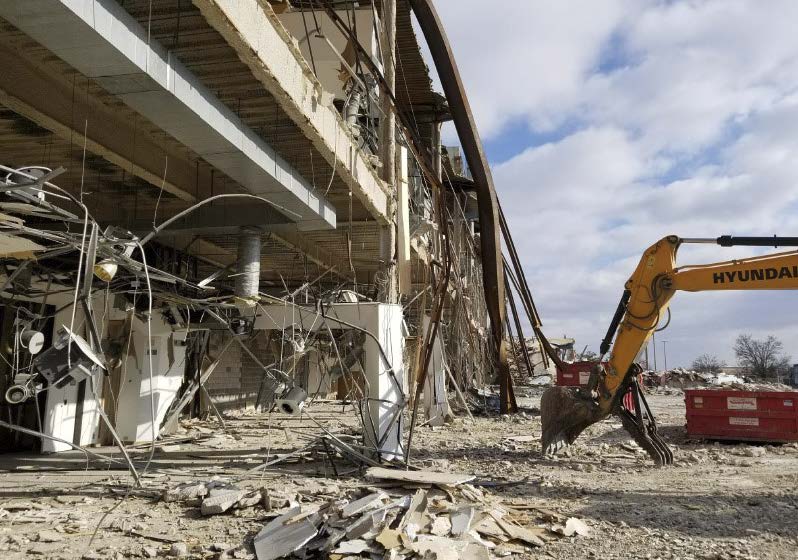 By ALAN J. ORTBALS
The city of Alton is in the process of creating its third tax increment finance district. The goal of this one is to renovate the Alton Square Mall property at Homer Adams Parkway and Alby Street.
The mall, which was originally developed in 1979, was acquired by Hull Property Group, a Georgia-based retail real estate company, in 2015. Hull specializes in renovating and revitalizing declining regional malls. It owns and manages approximately 25 shopping centers across the country.
“Regional shopping malls are certainly a dying breed, said Greg Caffey, the city’s director of development and housing. “Ultimately, the question that we had to ask ourselves as a community was, do we want to save our mall or not? If we did, TIF was one of the most viable mechanisms available to us to accomplish that goal.”
Having lost Sears, Macy’s and numerous smaller tenants, the mall suffered from a 58 percent vacancy rate. It was originally built at 773,000 square feet on 61 acres, and Hull plans to downsize it and create more strip center space.
Demolition of the 180,000 square foot Macy’s store space, which faces Homer Adams has already been completed. It will be replaced with approximately 100,000 square feet of strip center space. Additionally, all second-floor tenants will be relocated to the first floor and the opening between the floors will be closed in, entirely separating the first floor from the second. Then, the second-floor space will be opened up to Alby St. creating ground-level strip center space available for new tenants. Caffey said he’s also hopeful that a movie theater could be added on one of the out lots.

The city is in the process of creating the TIF district. Caffey said that he expects the final ordinances establishing the district will go to the City Council in a couple of months and a redevelopment agreement would be negotiated and entered into with Hull soon after. He said that he expected the city would assist Hull with demolition and renovation costs. The mall property is also located in a special business district that generates an additional one cent sales tax to assist in the redevelopment effort. It’s also part of the River Bend Enterprise Zone.