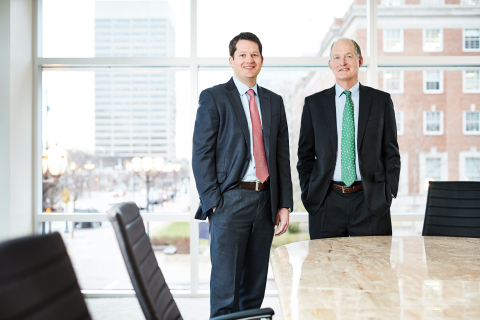 The board of Commerce Bancshares Inc. announced Monday that John W. Kemper, the current president and chief operating officer, will become president and CEO, assuming the CEO role currently held by his father, David W. Kemper.

“This announcement reflects the culmination of a thoughtful and deliberate multi-year succession plan overseen by our board of directors. John Kemper is clearly the right person to step into this role. This plan will ensure continuity and create the foundation for continued growth and long-term shareholder returns,” said Andy Taylor, executive chairman of Enterprise Holdings, Inc. and Commerce Bancshares board member and lead director.
“I am delighted John will become CEO and continue our strong record of growth and expansion,” said David Kemper. “As chief operating officer for the past five years, John has worked with our talented management team to expand our products and geographical reach, and to deliver consistent profitable growth.”

John Kemper joined Commerce as director of strategic planning, identifying and leading key growth initiatives across the company. Prior to that, he worked as an engagement manager in the New York and Chicago offices of McKinsey & Company, a management consulting firm.

“I am grateful to our board of directors for the confidence they’ve shown in me. I’m honored to step into this leadership role and proud to work with our exceptional management team,” said John Kemper. “As Commerce’s CEO for 30 years, David has built a best-in-class foundation for our bank and, in that time, has delivered to our shareholders total annualized returns, including dividends, of 14.1 percent, compared to the S&P 500 and NASDAQ bank indices of 10.7 percent and 9.9 percent respectively. Equally important, he built a team and franchise that is primed for sustainable growth well into the future.”

In his role as executive chairman, David Kemper, who has been with the bank since 1978 and became CEO in 1988, will continue to work full-time with the Commerce Bancshares board and executive management on issues involving strategy, customer relationships, industry engagement and civic leadership.

John Kemper holds a Bachelor of Arts in history and political science from Stanford University, a Master of Science in economic history from the London School of Economics, and an MBA from Northwestern University’s Kellogg School of Management. He is a member of the Visa Senior Client Counsel and Financial Services Roundtable, and serves on several civic boards.

Commerce Bancshares Inc. is a regional bank holding company with $24.8 billion in assets, as of Dec. 31, 2017. For more than 150 years, Commerce Bank, a subsidiary of Commerce Bancshares Inc., has been meeting the financial services needs of individuals and businesses. Commerce provides a full range of financial products to consumer and commercial customers, including personal banking, lending, mortgage banking, wealth management, brokerage and capital markets services. Commerce operates in approximately 330 locations in the central United States and has a nationwide presence in the commercial payments industry.