The Congressional BMC is inviting the community to join in the 20th anniversary celebration of its Congressional Prayer Breakfast at 7 a.m. Monday, April 30, at Gateway Center in Collinsville.

Organizers are expecting more than 750 people to join the celebration as Congressman John Shimkus of the 15th District, Congressman Rodney Davis of the 13th District, and Congressman Mike Bost of the 12th District unite for a morning of prayer and inspiration.

The event started in 1998 when then new Congressman Shimkus and local businessman Gary Tedrick felt led to bring the community together to recognize God’s calling.

This year’s speaker will be Adam Hall, who founded The Word on Business to help business owners maximize their impact. In 1994, Hall began an accounting firm with five clients and by the year 2000 grew the practice to 1,300 clients, but he ran himself so hard it impacted his health and he was declared uninsurable at the age of 28.

Since then, Hall has re-engineered his practice to run in accordance with Biblical wisdom and says it has become a blessing and a ministry. The experience inspired him to create The Word on Business, an organization that helps business owners achieve their best.

Steve Jankowski, interim general manager of WSIE Radio, will again serve as the master of ceremonies for the 20th consecutive year. Prior to coming to SIUE he spent nearly 35 years as a broadcast journalist.

People who prefer to pay by check can mail their check along with a self-addressed stamped envelope to: 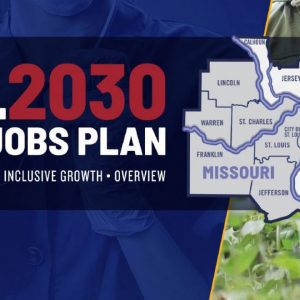