Two Grafton businesses have joined the ranks of Illinois makers honored by the Illinois Office of Tourism and its Illinois Made program for their state-based artisan work. 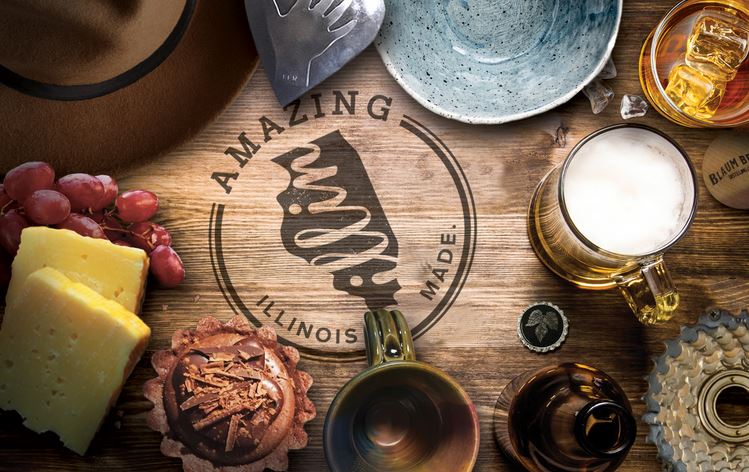 The reception is sponsored by the Alton Regional Convention and Visitors Bureau, which nominated both businesses to the program, and the Grafton Chamber of Commerce. The public is invited.

The induction of both Grafton businesses increased the ranks of local Illinois makers in the region to four. Mississippi Mud Pottery and Old Bakery Beer Company, both in Alton, were named to the inaugural class of Illinois makers announced in 2016. All Illinois makers are featured on www.EnjoyIllinois.com.

The Illinois Made program spotlights the people, products and experiences which are unique to Illinois and who inspire travelers to explore off the beaten path destinations around the state.

“We are truly honored to be part of the Illinois Made program,” said Mike Nikonovich, co-owner of Grafton Winery and Brewhaus. “Illinois Made highlights the best of the best throughout the state and gives us another way to reach potential travelers and customers.”

Since 2008, Mike and Lori Nikonovich have been producing some of the tastiest wine in the Meeting of the Great Rivers region. In 2009 they added the Grafton Brewhaus creating their own take on craft beer. Over the years the Nikonovich’s have developed more than 20 different wines ranging from sweeter fruit wines, semi-sweet whites and reds and dry whites and reds. All of their wines have won numerous awards nationwide ranging from the New York Fingerlakes International Wine Competition to the Illinois State Fair. The Nikonovich’s expanded their operations in 2015 by planting their own vineyard and opening a second winery location: Grafton Winery the Vineyards. The first season of grapes have been harvested and are in production for new wines

Buena Vista Art was developed by Greg and Janey Brummett featuring the handmade jewelry Greg Brummett crafts in their downtown Grafton storefront. In addition to his passion for jewelry, Greg Brummett also crafts highly sought after steampunk industrial art. Brummett’s Industrial Art lamps are created using antique and vintage items which originated in factories and warehouses. The lamps have a distinctive and artistic flair and receive whimsical names from Brummett to give them even more character.

“We were so thrilled to be named to the Illinois Made program,” Janey Brummett said. “This is quite an honor and really shows how important small, local artisans are to the state.”

Research shows the Illinois Made advertising campaign had a direct impact on tourism generating nearly 21,000 hotel bookings and $7.5 million in tourism spending from March 1 to July 31, 2017, according to state tourism officials.

Launched in 2016 by the Illinois Office of Tourism, Illinois Made currently has over 100 makers in the program.