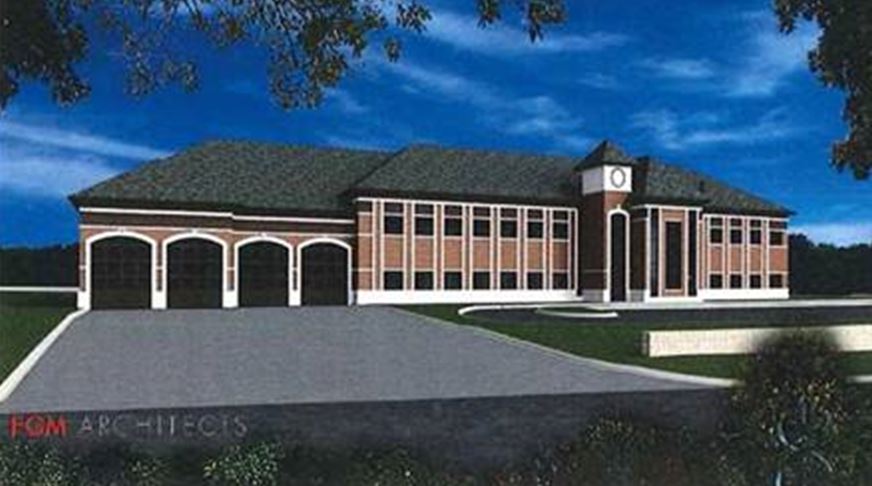 IMPACT Strategies is on to its next challenge after completing two major municipal construction projects in the past few months.

The new $12 million Public Safety Facility in Edwardsville was wrapped up in November, not long after a project of similar magnitude in Belleville.

The Edwardsville building (shown) was designed by FGM Architects Inc. and engineered by Oates Associates Inc. It houses both the Edwardsville Fire Department and the Police Department. Combining both branches under one roof boosts the overall efficiency of each department. While each group will have its respective, dedicated areas, they will share the lobby, training room, fitness room and emergency operations center.

Edwardsville Mayor Hal Patton said, “We could not be more excited about this beautiful addition to our community. The design fits perfectly next to downtown and the interior is exactly what our public safety professionals needed to perform their jobs for generations to come. IMPACT Strategies did a masterful job coordinating skilled craftsmen to finish the project within budget and on schedule.”

The new facility will also house the 911-dispatch center. The dispatch center serves as a designated safe zone with reinforced walls and ceiling and a backup generator in the case of inclement weather. Evidence storage, investigation rooms, detention cells, and meeting rooms are among some of the other features located in this 52,000-square foot facility. The vehicle bays include seven spaces for firetrucks and EMS vehicles.

The completion of the Edwardsville Public Safety Facility comes just shortly after IMPACT Strategies completed a project for the city of Belleville, which hired the company for a three-phase plan that included the construction of Belleville’s new $11 million police department headquarters, a parking garage to accommodate the city’s police cruisers and maintenance vehicles, and a major renovation of their 60-year-old City Hall building.