By DENNIS GRUBAUGH
Gonzalez Companies, LLC is several years into a long-term engineering plan to address stormwater issues throughout the village of Glen Carbon.
The work will fix problems that have been the subject of complaints in the TIF 1 commercial development along Illinois Route 159, as well as in many other areas throughout the village.
Starting in 2014, Gonzalez methodically began gathering public information to determine the scope of the project and then conducted field investigations to come up with a preliminary analysis that included recommendations, probable costs and priorities. The company also reviewed the community’s stormwater ordinances and made recommendations for revisions.
What resulted is an approach in which the village can take justifiable pride, said R. Patrick Judge, P.E., the managing principal and chief operating officer of Gonzalez.
“Glen Carbon staff and public officials deserve recognition for taking a proactive approach to resolving these issues.  The public officials made it clear that they didn’t want to just study the problem, they wanted to take action and see some of those issues resolved,” Judge said.
Village officials had the foresight to act on a situation that many communities overlook, which can cost more in the long run.
“Rather than piecemeal it here and there, they wanted to take an overall approach and get input from the residents to find out where all the problems were. From there we set up a system where we graded each of those problems in terms of public safety, cost-benefit ratios, number of affected residents per site, and other factors.  It quickly became apparent that this would develop into a multiyear program based on the number of issues they had,” Judge said.
All of the neighborhoods have unique challenges, from flooding of homes, to severe channel erosion in drainage swales and loss of yards behind homes, to undersized storm sewers causing street flooding.  Gonzalez is now in its fourth year of designing specific improvements.
Some of the work has included:
– In 2015, the program addressed issues in Bayhill, Fox Meadow, Lakewood, Shingle Oaks, Mark Trail, Old Glen Crossing Road and Glen Crossing Road and Barrington Lane.
– In 2016, the program addressed issues on East Guy, Canterbury South, Matterhorn Court, Bollinger Street, Glen Hollow Road, Carolyn Street, Pepperhill Court/Pepperidge Drive and Glen Carbon Road.
– In 2017, the program addressed issues on Ginger Creek, Gaslight Lane, Green Acres Drive and Lakewood Estates.
– In 2018, the program will address issues on Fox Creek Court, and areas near commercial developments along Illinois Route 159.
“We are currently designing Bid Package Four, and there will be one more next year. We are about 80 percent through the program,” Judge said.
Glen Carbon dedicated funding sources each year of the project.
Gonzalez has the advantage of having several former city engineers on its staff who understand long-term maintenance issues, and the firm’s design approach provides for reduced maintenance costs in the future. 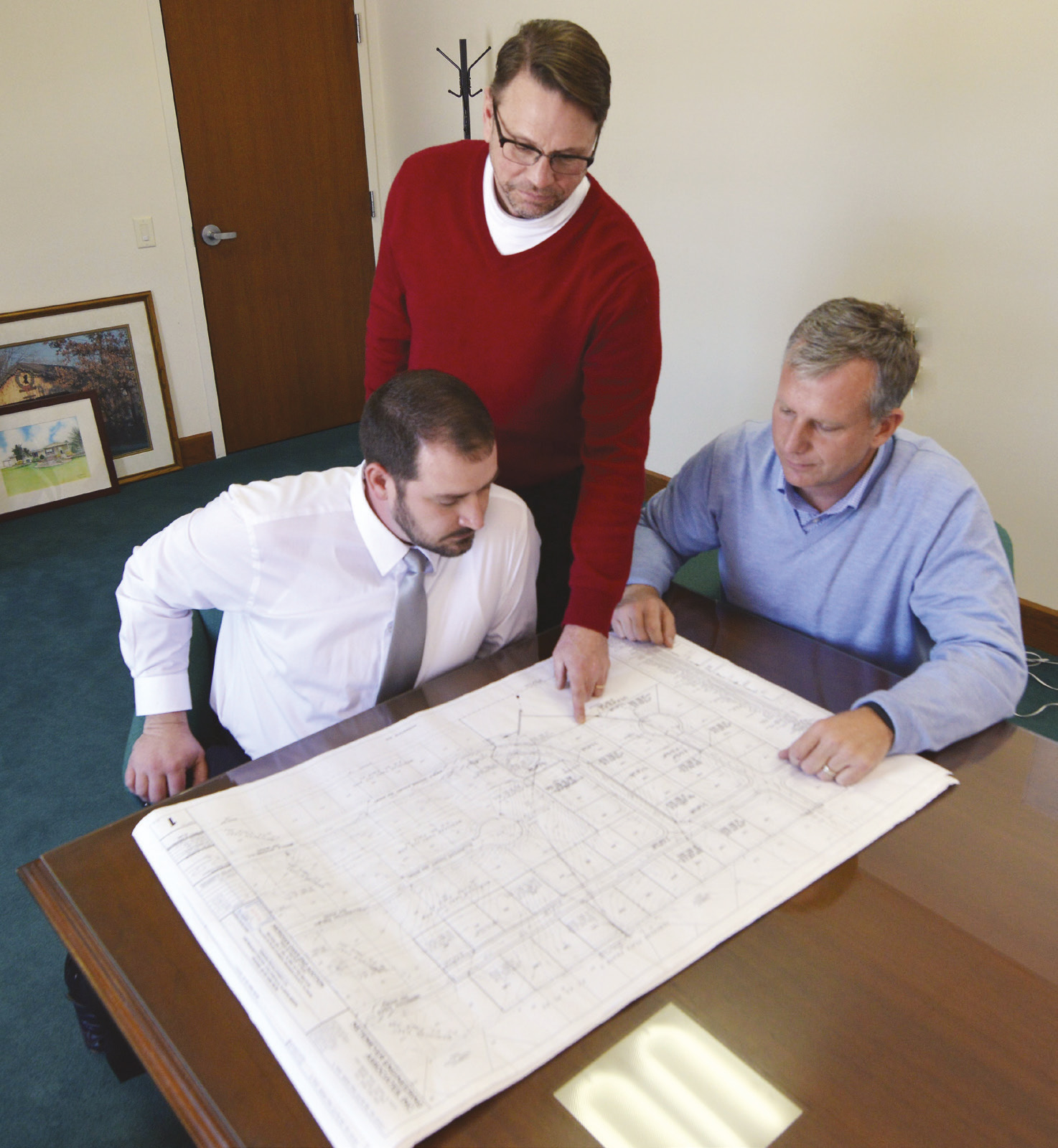 Gonzalez also incorporates green infrastructure to improve water quality for the village residents.
“These improvements will increase property values for the residents,” Judge said.
Many Midwest communities face the same issues. Stormwater infrastructure constructed years ago is often inadequate to handle modern day rainfall patterns.
The situation is forcing the retrofitting or replacement of lines. And cost is the biggest obstacle.
Judge said it’s important that other communities do what Glen Carbon did in addressing its stormwater ordinances. Out-of-date ordinances can lead to the construction of inadequate stormwater infrastructure and cost communities a lot of money resolving issues in the future.

Posted in Spotlight On Southwestern Illinois Architecture Engineering And Planning