From space, the Earth looks like a small planet without borders, which emphasizes the need for those living on it to work together, according to Dr. Guion “Guy” Bluford Jr., the first African American in space. Bluford will speak at Southern Illinois University Edwardsville’s Arts & Issues presentation at 7:30 p.m. Monday, Feb. 19, in the Morris University Center’s Meridian Ballroom. 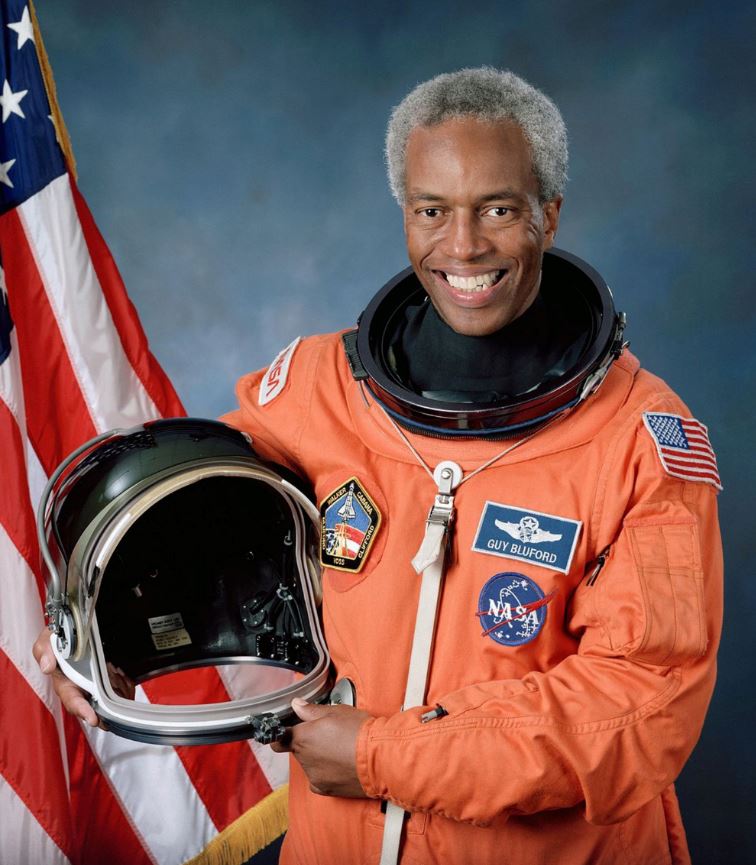 The SIUE Graduate School and Department of Physics William C. Shaw Lectures Series are jointly presenting Bluford’s “The Future of the Space Program and the International Space Station.”

“As part of Arts & Issues’ tradition of bringing speakers to campus who have made history, we are proud to present Dr. Guion Bluford, retired NASA astronaut, aerospace engineer, pilot and business executive,” said Grant Andree, director of the Arts & Issues series. “Dr. Bluford’s accomplishments are many, and we are excited to have him on campus.”

“We all share this one planet. We all need to take care of it and manage its resources together, so we can all prosper,” said Bluford in his interview, Conversations from Penn State.

Tickets can be purchased at artsandissues.com, by phone at 1 (866) 698-4253 or at the Morris University Center Welcome Desk.