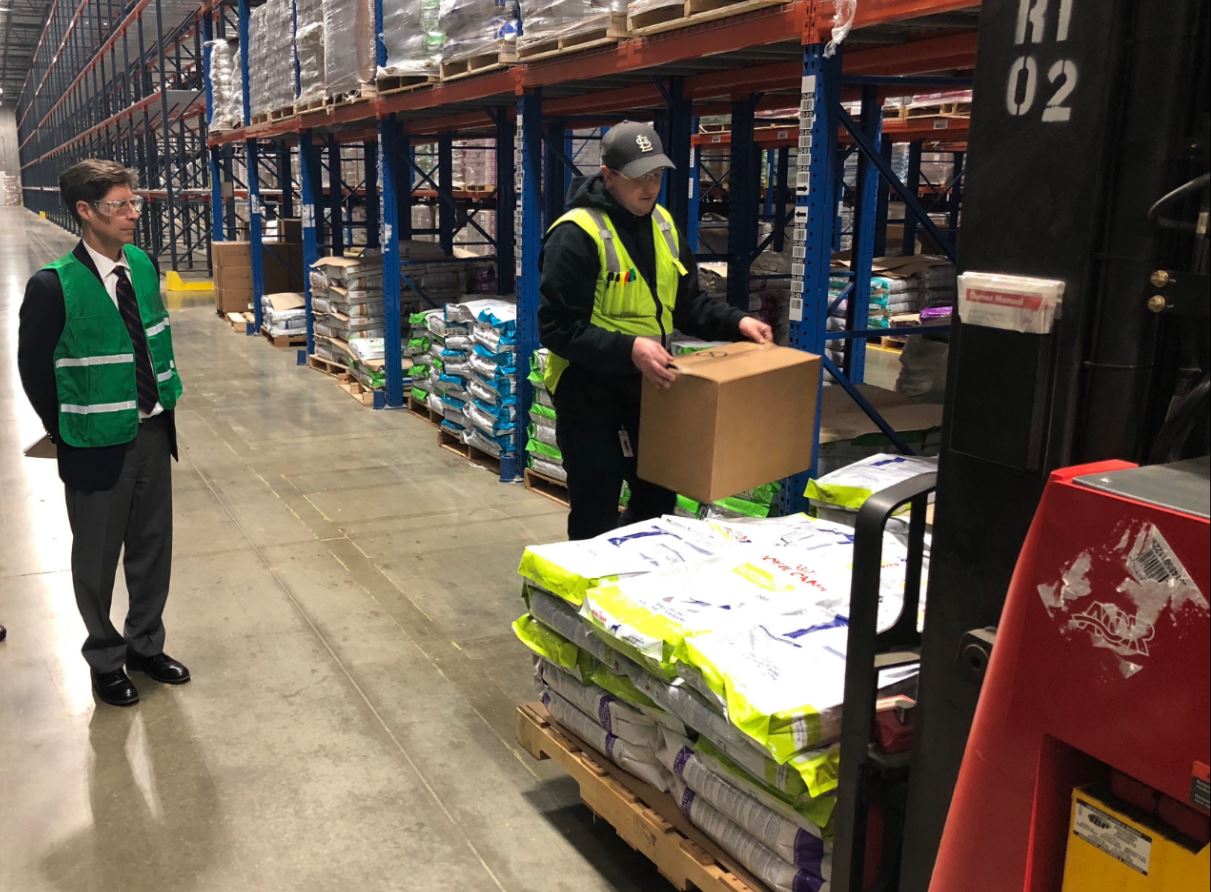 EDWARDSVILLE — Madison County officials recently toured new facilities at Gateway Commerce Center and concluded that progress is inevitable at one of the largest centers of employment in the county.

“There is so much going on at Gateway,” Chairman Kurt Prenzler said. “The area just keeps growing.”

Prenzler, along with other county leaders — Director of Community Development Trudy Bodenbach and Director of Employment and Training Tony Fuhrmann — toured the industrial and logistics area last week and got to see a newly constructed spec building as well as learn about potential new tenants and the expansion of others.

Representatives with Contegra Construction Co. showed officials the 594,000 square-foot spec building it put up, along with the Royal Canin facility it built. Royal Canin is an international pet food manufacturer and distributor.

Gateway Commerce Center was the vision of TriStar Properties. Prenzler said what started as one building two decades ago is now at 18 and counting.

“Just think it’s been 20 years since the first distribution center opened,” he said. “The land had a few farmers working the ground before, then Dial Corp opened with a few hundred employees and now there are 6,500 employees who commute to work every day.”

Gateway has around 13 million square-feet of space on 2,300-acres of land.

Prenzler said this marked his second tour of the area. He said he visited an Amazon “fulfillment center” last year.

“Madison County has become a place where companies want to locate because of its location,” he said.

James Arnold, program coordinator with Madison County Community Development who works with economic development for the county, said the majority of the buildings at Gateway were constructed for specific clients. He said the spec building county officials toured last week does not yet have a client, but he doesn’t see it taking long to get one.

“The chairman and others learned there is new growth that’s set to take place at Gateway,” Arnold said.

He said they were told Dart Transit is set to open a transportation and logistics facility in March and at least two other companies were planning expansions.

Bodenbach said it was her first time touring Gateway and the economic growth and the area’s potential for more is remarkable.

“Amazon locating there really upped the ante for workers as well,” Fuhrmann said. “When they came in they started paying their workers more than the other facilities and now those places are offering their employees a higher pay.”

He said people want to work where they can earn a decent living and companies at Gateway offer that.

PHOTO: Madison County Board Chairman Kurt Prenzler (left) watches as an employee at the Royal Canin distribution facility at Gateway Commerce Center loads a box onto a pallet. Prenzler and other county officials recently toured Gateway and learned about the expansion of businesses and potential new ones coming to Madison County.