ST. LOUIS – More than 150 young, fast-growth companies from states across the nation and from Canada have applied to present their business cases to prospective investors at one of the Midwest’s largest venture capital conference.

“We have received in excess of 150 applications from entrepreneurs from 19 states across the country and the Canadian state of Ontario seeking to present their businesses to venture capitalists, private and corporate investors, and other business professionals,” said Christine Walsh, executive director of InvestMidwest Venture Capital Forum.

InvestMidwest, which has been called the Midwest’s premier venture capital conference by numerous investors, will be held March 28-29 at the Hilton St. Louis at the Ballpark in St. Louis. A selection committee comprised of venture capitalists, business leaders and executives from across the region’s entrepreneurial ecosystem will select up to 45 of the best applicants to present at InvestMidwest. Those selections will be finalized by the end of February, Walsh said.

With attendance averaging at about 300 at the annual venture capital conference, the 19th annual InvestMidwest forum will offer entrepreneurs, investors and business professionals superior opportunities to meet.

InvestMidwest 2018 will include three separate industry tracks presenting simultaneously: a life sciences track; an agriculture, food and bioenergy track; and a technology track. Up to 45 presenters will have no more than eight minutes apiece to make a compelling case for each of their businesses to prospective funders.
In addition to industry track venues for presentations, InvestMidwest offers numerous opportunities for entrepreneurs to meet privately with attending venture capitalists, private and corporate investors, and business, legal and financial professionals.

“After we made our pitch at InvestMidwest, we met with several investors who saw a fit with our company,” said Walter Smith, former CEO of Confluence Life Sciences of St. Louis. “Later that year, one of them became our lead investor for closing our Series A funding.”

He credited presenting at InvestMidwest with leading to his company’s recent acquisition, worth up to $100 million, by Philadelphia-based Aclaris Pharmaceuticals.

“In addition to showcasing a solidly curated collection of some of the Midwest region’s best fast-growth companies, we consistently attract a great group of investors,” said Walsh. “We saw about 350 people – including venture capitalists, angel investors and corporate investors – at the 2017 InvestMidwest in Kansas City, and we expect a similar turnout at this year’s InvestMidwest forum in St. Louis.”

InvestMidwest historically has been staged in alternate years in St. Louis, as it will be this year, and in the Kansas City metropolitan area, as it was in 2017.

“When the final selection process is complete, we anticipate there will be 40-45 dynamic, fast-growth companies presenting at this year’s InvestMidwest Venture Capital Forum,” she said.

For more information or to make reservations, visit www.investmidwestforum.com. 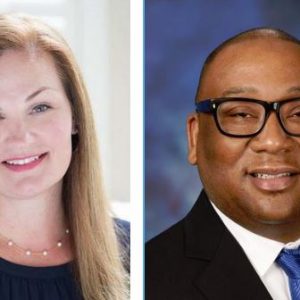 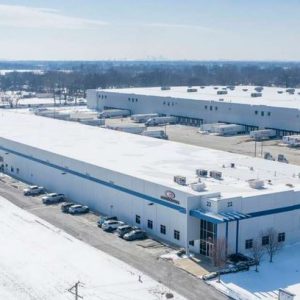