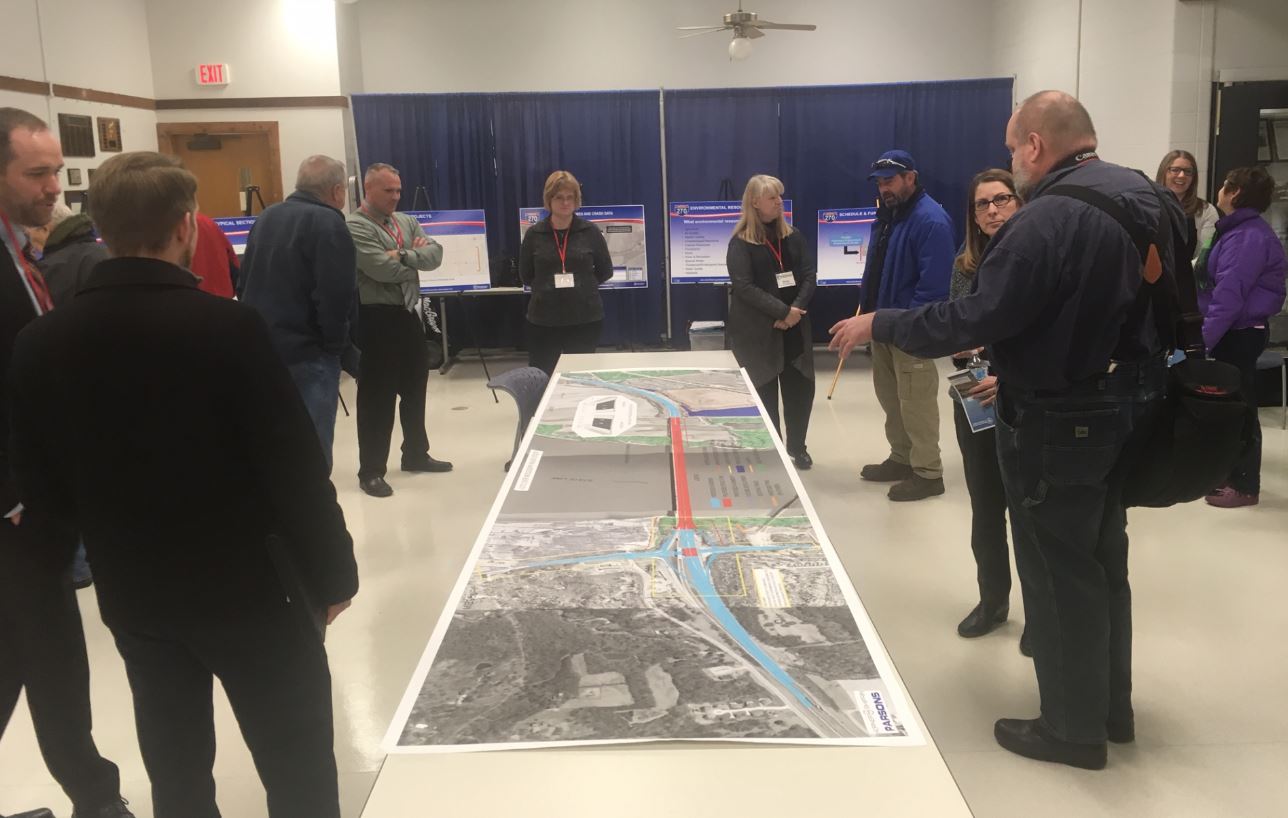 GRANITE CITY — What drivers need to know about plans to build a new Interstate 270 Bridge across the Mississippi River comes down to two things: There’s no money scheduled to build it, and construction start is at least two years away.

The Illinois Department of Transportation played host to an open house late Wednesday to discuss options for the bridge. The event was held at the Southwestern Illinois College – Granite City Campus.

A number of exhibits showed various alignments and reasons for the need to replace the bridge, which was built in 1966 and is costing millions of dollars a year in maintenance and repairs. A new bridge is estimated at $220 million in today’s dollars and would be paid jointly by the states of Illinois and Missouri. Only engineering funding has been allocated so far.

Written comments are being accepted and can be mailed in the next two weeks. People can visit www.idot.illinois.gov/projects/i-270-over-the-mississippi-river for the details.

The preferred alignment would run just south, or downstream, of the existing bridge and would be six lanes total, with shoulder room for disabled vehicles. The present bridge has no shoulders. Between 2010 and 2014 there were 181 crashes on the bridge, with three fatalities and 55 injuries.

The Missouri Department of Transportation’s engineering plan calls for major interchange revamp where the bridge ties into Riverview Boulevard. The roadway would be improved on the Illinois side leading to the bridge.

Eventually, both states want to improve or widen lanes on Interstate 270 for several miles on either side approaching the bridge. The plans are strongly supported by leaders in both states.

The current plan is designed to avoid both the landfill on Chouteau Island in Illinois and the Missouri Welcome Center across the river.

PHOTO: A steady stream of visitors filed into a room at Southwestern Illinois College in Granite City on Wednesday to review plans for replacing the Interstate 270 Bridge over the Mississippi River.