Southern Illinois University Edwardsville’s Library & Information Services has published a new digital collection, “The Edwardsville Library of 1819,” that sheds light on the intellectual and cultural history of Edwardsville and its early citizens. 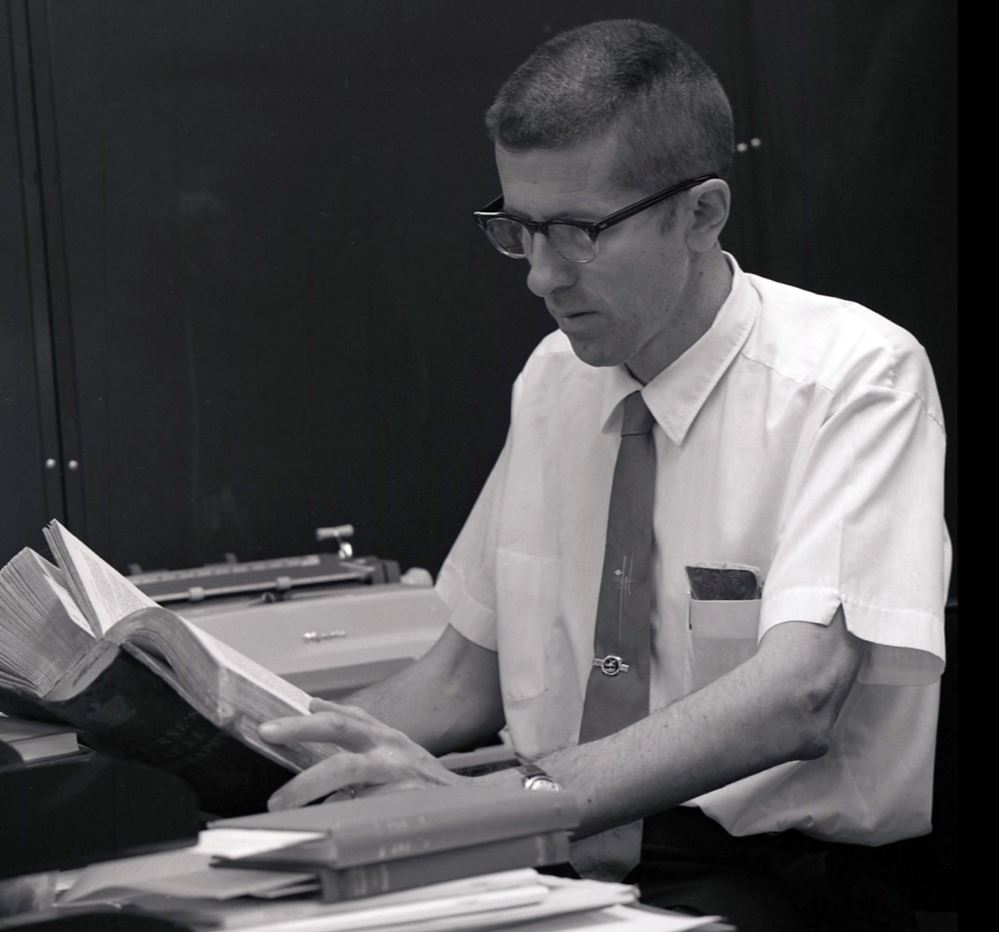 John C. Abbott, the founding director of SIUE’s Lovejoy Library, loved local history. As an academic librarian and a transplanted resident of Edwardsville in the early 1960s, Abbott became fascinated when he learned from a printed broadside document displayed in the Edwardsville Public Library that the frontier community of Edwardsville had possessed a library as early as 1819.

Thanks to good fortune, Abbott obtained through an antiquarian dealer named Paul Chamless, a few of the books that had been part of that early 19th century library and added them to Lovejoy Library’s holdings.

Although he aspired to prepare a scholarly study dealing with the history of the 1819 collection, Abbott’s extensive administrative duties prevented him from immediately carrying out such a project. In 1964, Abbott hired Milton Cyril Moore (1921-1996) for his Lovejoy Library staff as head cataloguer.

An avid bird watcher, Moore served Lovejoy Library with distinction for 27 years, founded the Library Staff Association, and authored A Concordance to Classical Bird Myths in English Literature (1991). When Abbott could not free the necessary time to pursue the history of the 1819 library, he relinquished the task to Milton Moore.

In 1981, the Friends of Lovejoy Library support organization published Moore’s manuscript, The Edwardsville Library of 1819: Its Founders, Catalog, Subsequent History, and Importance. In addition to Moore’s detailed study, SIUE’s digital collection features scans of the books acquired by John Abbott for Lovejoy Library, including:

Thanks to the cooperation and permission of Susan Carr, former director of the contemporary Edwardsville Public Library, the digital collection also includes a scan of the original catalog document that first attracted John Abbott’s attention as a new resident of Edwardsville.

The Edwardsville Library of 1819 is accessible at: http://collections.carli.illinois.edu/cdm/landingpage/collection/sie_moore