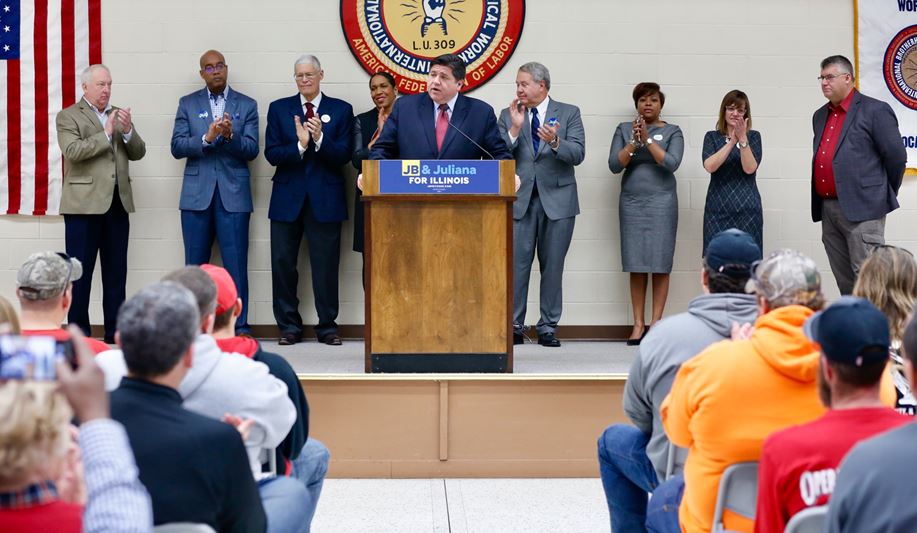 COLLINSVILLE — On Sunday, six lawmakers from Metro East, all Democrats, came together to endorse the gubernatorial campaign of JB Pritzker and Juliana Stratton.

Pritzer and lieutenant governor candidate Stratton have been endorsed by U.S. Senators Dick Durbin and Tammy Duckworth, the Illinois AFL-CIO, the Illinois Federation of Teachers, and more than 30 individual unions.

“I am honored to accept the endorsements of true leaders in Metro East who show up and fight for working families every day,” said JB Pritzker. “We face some enormous challenges in this state, but in traveling across Illinois, I see families ready to unite and move forward. From East St. Louis to Chicago, from union workers to small business owners, from students to seniors, we are ready to come together and defeat Bruce Rauner. We’re organizing to win in every county. We’re going to elect Democrats at every level. We’re going to come together as Illinoisans and get our state back on track.”

“It’s time we had a leader in Springfield who will stand up for working families in every corner of Illinois,” said Clayborne. “That’s why I’m supporting JB Pritzker for governor. With JB in the governor’s mansion, I know I’ll have a partner who will help reverse Bruce Rauner’s systemic disinvestment in communities like East St. Louis. He will be a leader for our entrepreneurs and small businesses and work to expand economic opportunity across the state. JB is a champion for all Illinoisans, and I look forward to standing with him to clean up Bruce Rauner’s mess and move our state forward.”

“I am pleased to endorse JB Pritzker for governor today,” said Haine. “JB has a proven track record of thinking big and getting things done for working families in Illinois. He’s the only candidate in this race with comprehensive policy plans to create jobs, build infrastructure, and invest in education throughout our state. I’m confident that JB will bring real leadership and put Springfield back on the side of working families.”

“JB Pritzker’s record of creating good-paying jobs and fighting for investments in education make him the right choice for governor and I’m proud to endorse him today,” said Greenwood. “With JB in Springfield, I know he will stand up for every Illinoisan and guarantee every community has the investments it needs to succeed. It will take years to fix the damage done by Bruce Rauner’s failed leadership, but with JB’s record of getting big things done, I’m confident he’s up to the task.”