EDWARDSVILLE — Police are continuing to search for a driver of a truck who caused around $20,000 in damage to Madison County property earlier this month.

Edwardsville police are continuing to search for the person who drove a white four-door truck on Nov. 11 between the Courthouse and Administration building. Surveillance video captured the incident around 2 a.m. when the driver drove up the steps along Main Street, across the courtyard and down another set of steps before exiting on Second Street.

Edwardsville Police Lt. Chris Byrne said police followed up on several calls that were received, however the information did not lead to finding the truck or the driver.

Director of Facilities Maintenance Rob Schmidt said this wasn’t simply a driver passing through, but rather vandalism. He said besides the bench a large planter was destroyed as well as the concrete steps.

“The majority of the damage was done to the concrete and its estimated it will cost around $20,000 to repair,” Schmidt said. 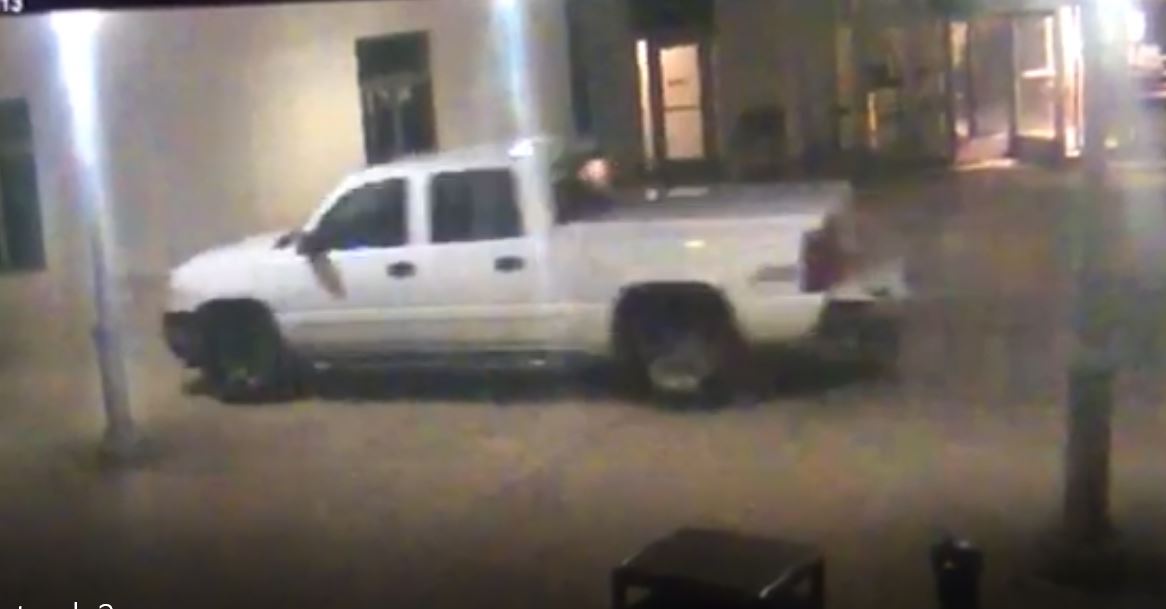