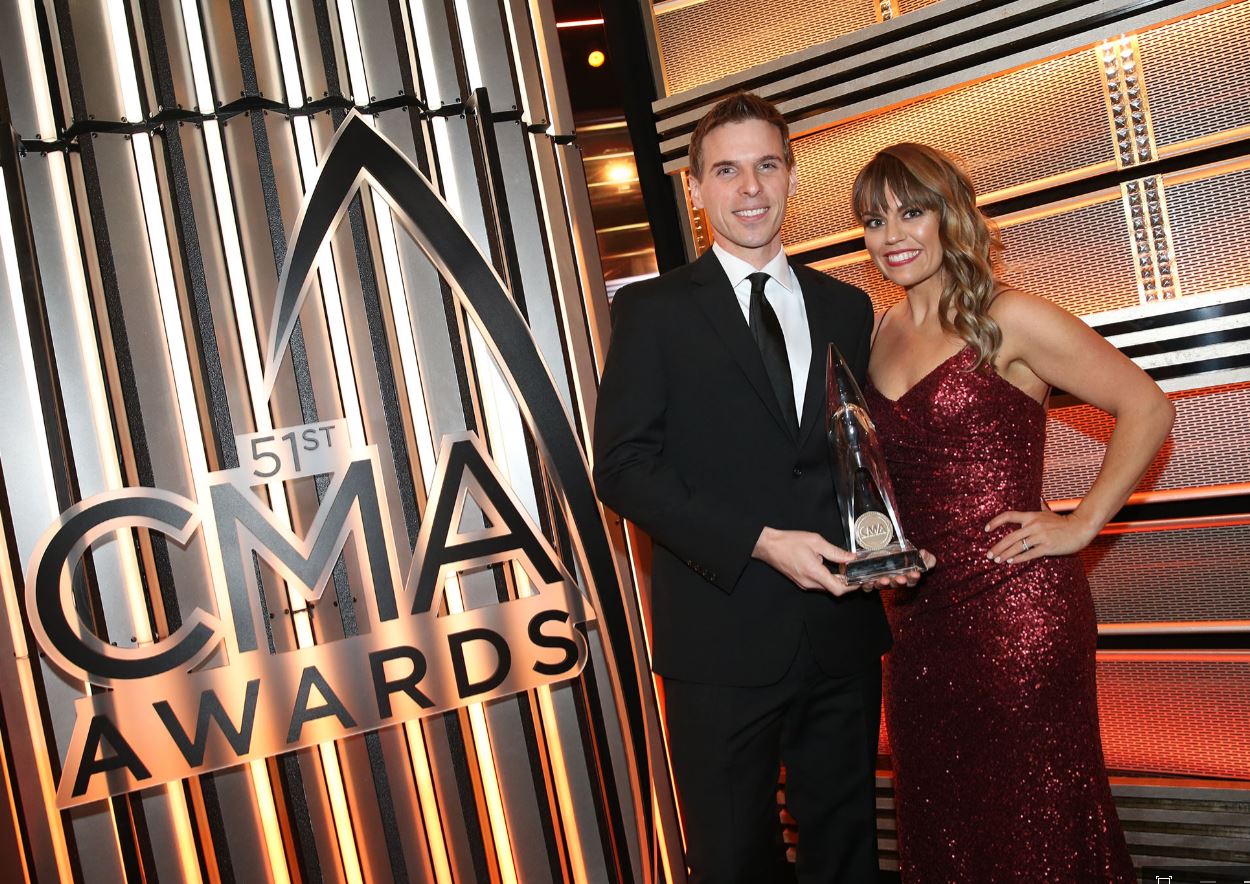 “It’s an incredible honor to win the CMA award,” said Valentine, an alumn of WLCA 89.9-FM. “Years of passion and dedication to the industry that I love have definitely paid off.”

Her afternoon drive show, “Amanda & Jesse,” which airs weekdays on WUBE 105.1-FM, in Cincinnati, Ohio, was one of six nominees for the CMA award.

“Radio is something I’ve always wanted to do,” Valentine said. “I used to hand write letters to radio stations in St. Louis asking if I could work for them for free. I never heard back, of course, but after only a few months at WLCA, I got my first job offer from KSHE.”

After becoming a student in Lewis and Clark Community College’s Radio Broadcasting program, Valentine started working at KSHE in 2002. Since then, her radio career has taken her all over the country, from Kentucky to New York, to Colorado and Oregon.

“Amanda is one of those rare talents that comes along only so often,” WLCA Station Manager and Radio Broadcasting Coordinator Mike Lemons said. “Her personality was at a
level 10, and she was able to easily convey that on air.”

Valentine credits Lemons and WLCA for playing a large role in her success.

“I learned a lot at from my time on air at WLCA,” she said. “I learned all the fundamentals needed for a career in radio. It was also incredibly helpful that WLCA has current equipment that is also being used by the radio stations in St. Louis. That played a large role in me getting my first job.”

Some of her favorite memories of LCCC include doing a summertime morning show and participating in 89 Hours of Christmas, an event during which two Lewis and Clark radio broadcasting students take over WLCA 89.9-FM and broadcast live for 89.9 consecutive hours to raise money for the Boys and Girls Club of Alton.

“As a student, and still today, Amanda serves as a great example of what can be accomplished with hard work a dedication to the craft,” Lemons said. “It puts a smile on my face knowing how much she valued her time here. We are very proud of her accomplishments and honored to have her as a member of our advisory committee.”

Valentine said she would recommend the Radio Broadcasting program to anyone who wants to break into the industry.

“Radio is in need of fresh, innovative talent,” she said. “Radio is in a position now where it’s focused on personalities, and it’s a great opportunity for someone to jump in and shake things up. Work hard, be passionate and learn it all. It’s not just about radio; it’s about video and social media. Be as creative as possible and don’t accept no for an answer.”

PHOTO: Jesse Tack and Amanda Valentine accept the Large Market Personality of the Year award at the Country Music Association Awards in Nashville.