United Way 2017 campaign co-chairs Michael Neidorff, chairman, president and CEO of Centene Corp., and Mark Burkhart, managing principal with Burkhill Real Estate, made the announcement at a celebration at the Four Seasons Hotel. 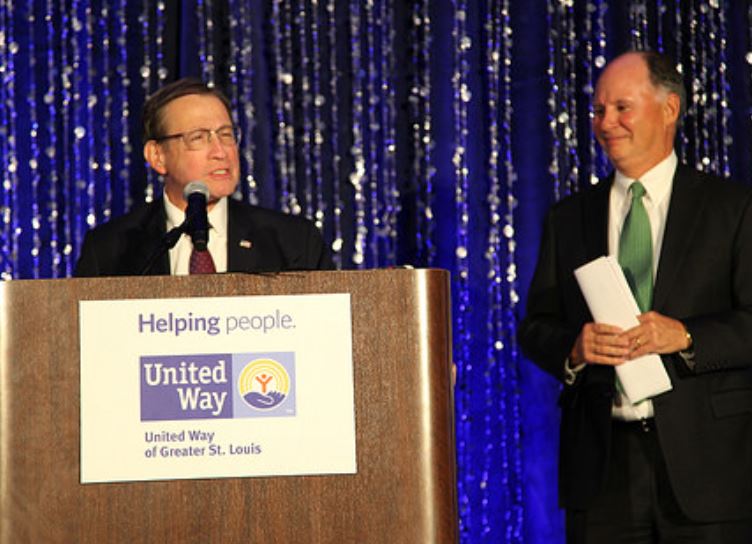 “Once again, the St. Louis region has been incredibly generous in coming together for the campaign powered by United Way and demonstrating the true concept of community – people helping people,” said Neidorff. “I’m honored to have served as co-chair of United Way’s campaign this year, working alongside many leaders and seeing firsthand the impact of United Way. I would like to extend my deepest gratitude to the St. Louis region for their dedication and support.”

“This evening was a wonderful celebration of the collective effort of the many people, companies, unions and agencies who gave their time and support to United Way,” noted Burkhart. “There is great need in our community, and because of the generosity of so many, United Way, its member agencies and partners will continue to help people with basic needs, education, health and financial stability.”

More than 100,000 residents and 1,800 companies donated to United Way, which supports one in three people throughout the greater St. Louis region. The community campaign is United Way’s largest source of funding, which includes strategic investments, such as grants, issue-based funding and donor-directed investments.

Neidorff and Burkhart were joined during the evening’s celebration by United Way board chair and CEO of HBM Holdings Company Michael DeCola, and Orvin Kimbrough, president and CEO of United Way of Greater St. Louis. Carol Daniel of KMOX Newsradio served as the emcee for the evening.

Community campaign by the numbers:

Fourteen companies, their employees and participating labor unions were recognized for combined team gifts of more than $32 million this year. Team gifts combine the donations of employees with the company’s corporate contribution.

At the $6 million or more level in team gifts were the associates of Edward Jones. This is the first time in United Way history that a company has raised $6 million for its campaign. This year, Edward Jones associates invested more than $6.1 million into the community through United Way.

At the $3 million or more level in team gifts were employees of Enterprise Holdings, Inc. and Monsanto Company.

At the $2 million or more level in team gifts were employees of Anheuser-Busch, Ameren, Centene Corporation, Spire, Wells Fargo Advisors and Worldwide Technology.

United Way of Greater St. Louis mobilizes the community with one goal in mind — helping people live their best possible lives. Located throughout 16 counties in Missouri and Illinois, United Way helps one in three people in the region build a foundation for a good quality of life through basic needs, financial stability, education, health and strong communities.