MCLEANSBORO, Ill. – “In every town there’s a group of people who want to see the town made better,” says Blair Minton. He’s referencing his fellow board members of the nonprofit Fox Meadows NFP. A small group from a small town, the six of them are passionate about their community, and they’re dedicating themselves to improving it. 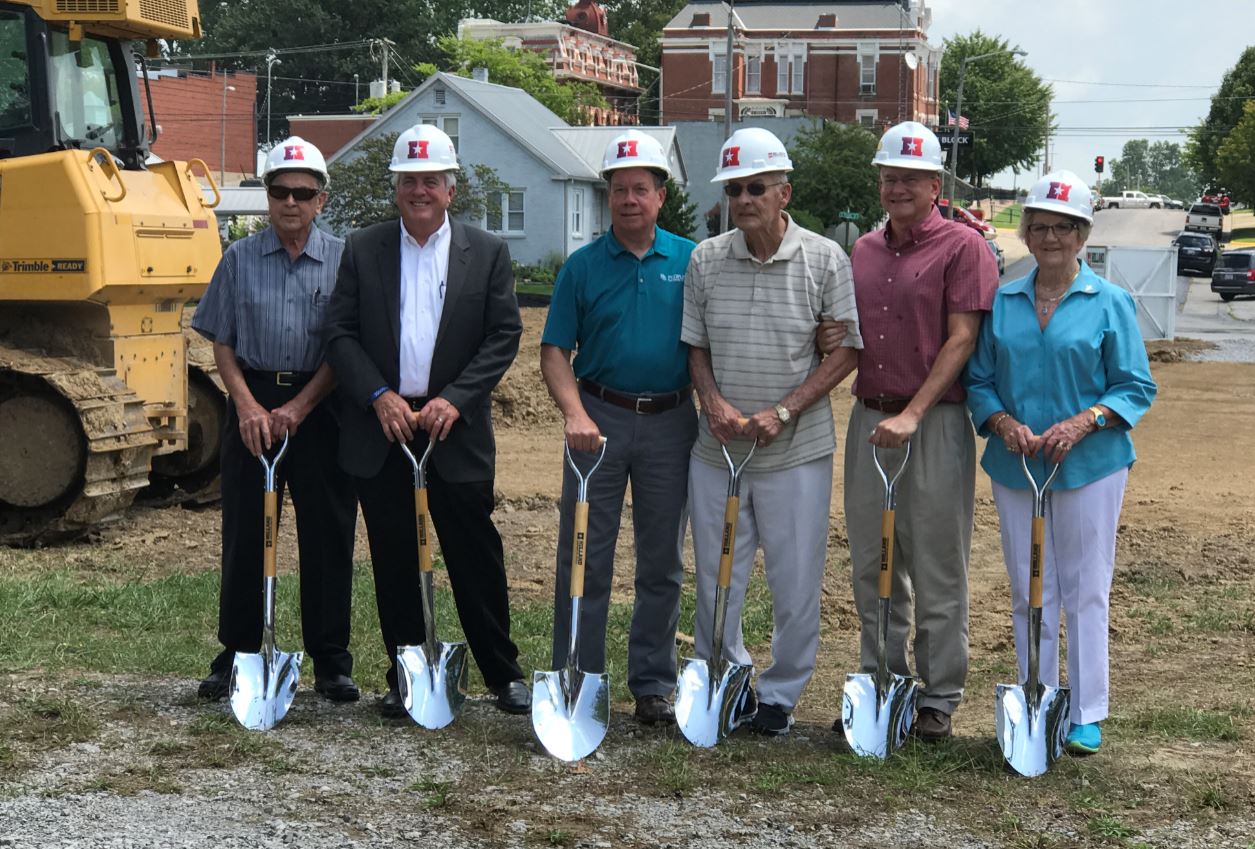 Thanks to the board’s efforts, Holland Construction Services, based in Swansea, recently broke ground on the Fox Meadows Senior Independent Living facility. The 30-unit complex aims to provide high-quality, affordable independent living residences to lower-income elderly people in the area. Up until this point, they’ve had few options beyond low rent trailers, many of which are in disrepair.

Holland will build the new development on the site of the former McLeansboro High School, which was abandoned when a new school was completed about a decade ago. It’s a site that the members of the Fox Meadows NFP board are quite familiar with. All six of them graduated from that high school, and none approved of the dilapidated condition it was in after years of disuse.

Anybody driving in and out of McLeansboro could see the building and see how deteriorated it was.

As Blair will tell you, the NFP is “a labor of love for every member of the board,” all of whom have deep roots in McLeansboro. Dr. Don Mitchell has been a physician in the town long enough to have treated Blair when he was a child – and Blair is now 66. Dick Dietz has been the city’s mayor for 24 years. Brad Cross owns a local electrical company. All six have been a part of the McLeansboro community for decades. Many of them are seniors themselves, so focusing their efforts on improving the lives of other seniors in the area feels especially relevant to them.

The original inspiration for their nonprofit came from Blair Minton, a registered nurse who in 1998 started developing and operating senior living facilities. Blair’s father, Bernard Minton, practiced law in McLeansboro for 51 years until his retirement at age 88. His dying wish was for Blair to do something to help the people of the town that Bernard loved so much.

Out of that wish, the Fox Meadows NFP was born.

In 2006, the board selected Holland as their construction partner and began their first project with funding they secured primarily from the St. Louis Equity Fund. That project, Heritage Woods of McLeansboro, is a beautiful 42-unit senior living facility that has brought an affordable assisted living alternative to the McLeansboro community.

Fox Meadows NFP took money generated from Heritage Woods, along with tax credits provided by the Illinois Housing Development Authority, $5.6 million in private equity from Peoples National Bank, and a grant from Ameren, and recycled it back into the community by building the new Fox Meadows Senior Independent Living Community.

For this project Fox Meadows NFP has again partnered with Holland, Worn Jerabeck Wiltse Architects, and Shawnee Professional Services for the design and construction of the facility.

“It’s something special to be involved in a project like this that means so much to the people involved, and to work with an owner that is this passionate about what they are doing to give back to their community,” said Jeremy Maddox, vice president at Holland.

As Mitchell points out, many of the seniors in the area are widowed, and the complex will provide its residents with more opportunities to socialize than they may be experiencing. And with its central location walking distance to many of McLeansboro’s restaurants and shops, it will give its residents easy access to food and entertainment, in addition to providing economic benefits to those local businesses.

This story is adapted from one originally written by Michael Kellner.