Alton Memorial Hospital was unveiled to the community on Nov. 15, 1937, and Bill Welch wasn’t far behind. Mrs. Geraldine Welch of Alton gave birth to Bill at 9:15 a.m. that Monday morning – the first birth at the new hospital. 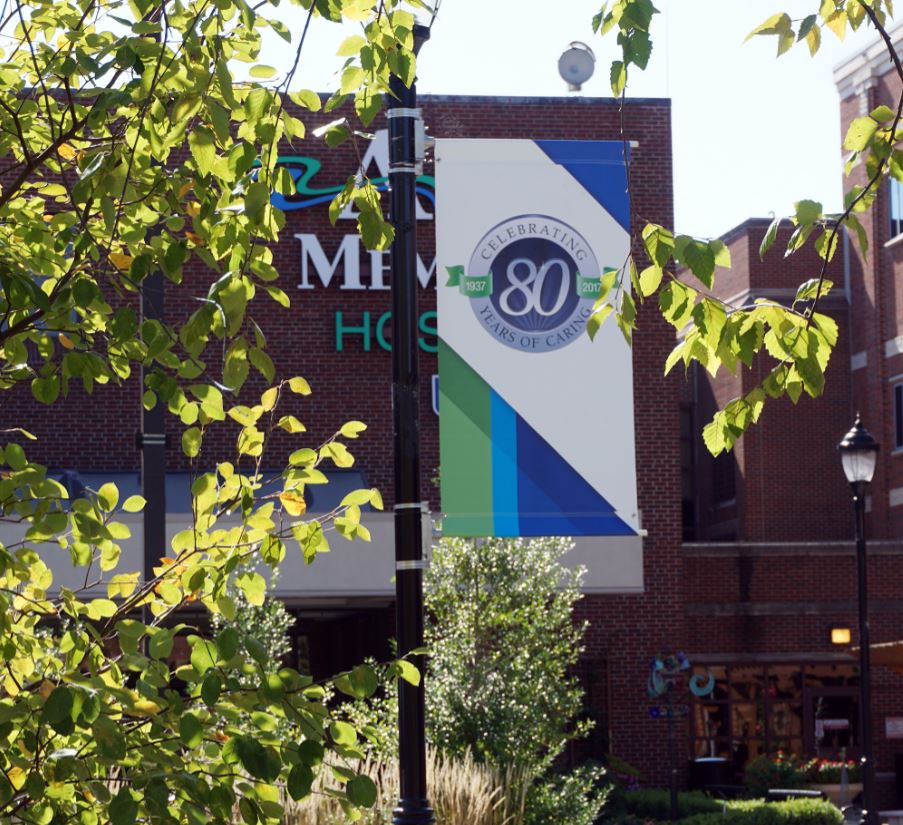 Bill was delivered by Dr. D.M. Roberts and weighed 9 pounds, 8 ounces. Eunice Smith, whose family donated the land on which the hospital was built, gave Bill’s mother a crocheted quilt to take home from the hospital. Unfortunately, the quilt was destroyed by moths many years later. But that was a still a nice touch by Eunice Smith.

While Bill’s quilt didn’t last, Alton Memorial Hospital certainly has. Founded by sisters Eunice Smith and Ellen Hatch in memory of their parents, the hospital sits on more than 100 wooded acres that was once the Smith family home, Elm Ridge.

The hospital has seen many expansions with the addition of the Smith Wing Annex, the Olin Wing, the Hatch Wing, Eunice Smith Home, the Beeby Wing, the Platt Wing and two Medical Office Buildings. In 2010, the 89,000-square-foot Duncan Wing featuring 76 private rooms opened to assure continued excellent health care in the community for decades to come.

Alton Memorial has begun construction for an extension to the Medical Office Building B that opened in 2011. The $8 million project will add 41,000 square feet of new office space (on two floors) to the campus. Upon completion, the new space is expected to accommodate offices for pediatrics, primary care, OB/GYN, internal medicine, psychiatry and an outpatient lab. The building is tentatively scheduled to open in the first half of 2018.

The Cancer Care Center has received a four-year accreditation of its radiation oncology services, making it the first center in Illinois to achieve that designation. The center demonstrated compliance with the standards of the American Society for Radiation Oncology Accreditation Program for Excellence.

Alton Memorial is now the only hospital in the area that uses digital tomosynthesis, which creates a three-dimensional picture of the breast using X-rays. 3D mammography is a revolutionary new screening and diagnostic breast imaging tool to improve the early detection of breast cancer. Images are displayed as a series of thin slices, providing doctors with a clearer view through overlapping breast tissue.

Alton Memorial is a member of BJC HealthCare, one of the nation’s largest health care organizations, with annual net revenues of $3.2 billion and more than 26,000 employees in the greater St. Louis, southern Illinois and mid-Missouri regions. BJC HealthCare serves patients and their families in urban, suburban and rural communities through its 14 hospitals and multiple community health locations.

PHOTO: Banners are up around the Alton Memorial Hospital grounds marking the hospital’s 80th anniversary that will be celebrated Nov. 15.