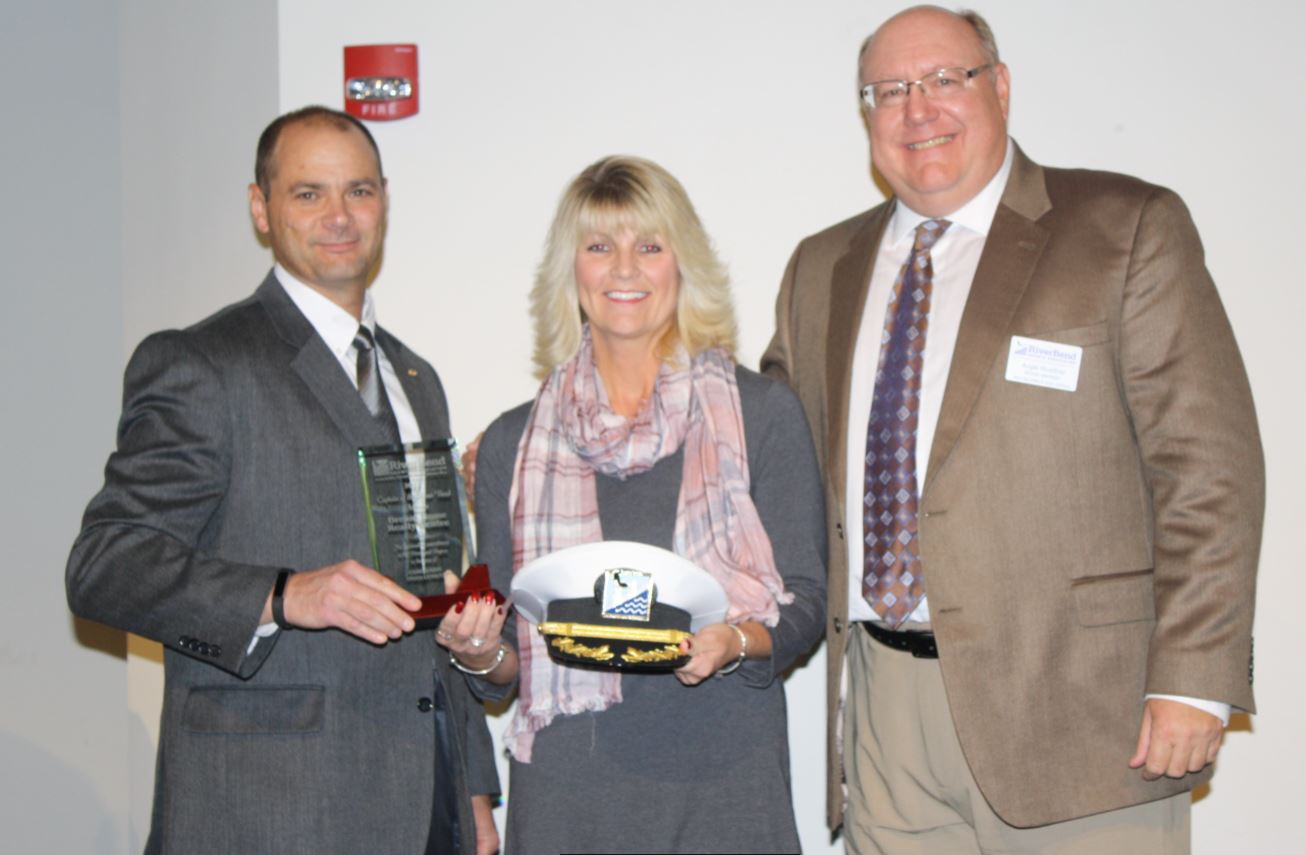 The RiverBend Growth Association on Thursday honored its Captains of the River Bend, companies and people that have contributed in some way to the enhancement of the region.

The awards came Thursday during the annual membership luncheon held at the Commons at Lewis and Clark Community College in Godfrey.

In the category of Economic Enhancement, Best Western Premier, the former Holiday Inn in Alton, was honored for its substantial renovation of the hotel and facilities, a project that took two years. General Manager Patty Rotermund accepted on behalf of her staff.

Bluff City Grill was also honored for Economic Enhancement. Owner Cathy Gross purchased the former Eagles Lodge on East Broadway in Alton and substantially remodeled the aging facility. She has been in business four years.

Sherry Gilleland was honored for her efforts with Dream Home Charities, a nonprofit she formed initially to collect goods for the needy during the holidays. She began her first year by filling a trolley full of items. The following year she filled a bus. The latest collection filled more than two semitrailers, she said.

“The need for hope grows more and more as days pass,” she told the crowd, about 200 people.

The village of East Alton was honored in the category of government and public enhancement for the new East Alton Museum, located on the second floor of the Vital Services Building, above the Village Police Department.

Mayor Joe Silkwood accepted on behalf of a large contingent of village workers who accompanied him.

The museum opened this year. Silkwood said a book of history resulted from the effort and can be found at the village library.

Phillips 66 Wood River Refinery, which is marking its 100th birthday in 2017, was honored for Community Involvement and Economic Enhancement. Spokeswoman Melissa Erker accepted on behalf of the management.
Some $450,000 worth of charitable contributions have been given by the refinery in 2017 alone. Around 1,000 refinery and contractor jobs are accounted for by Phillips 66.

The Simmons Employee Foundation was honored for its community service. Director Tamara Ferguson said that through the years the foundation has accounted for some $1 million in charitable support. The company gives each employee two paid days off to contribute volunteerism in the community. 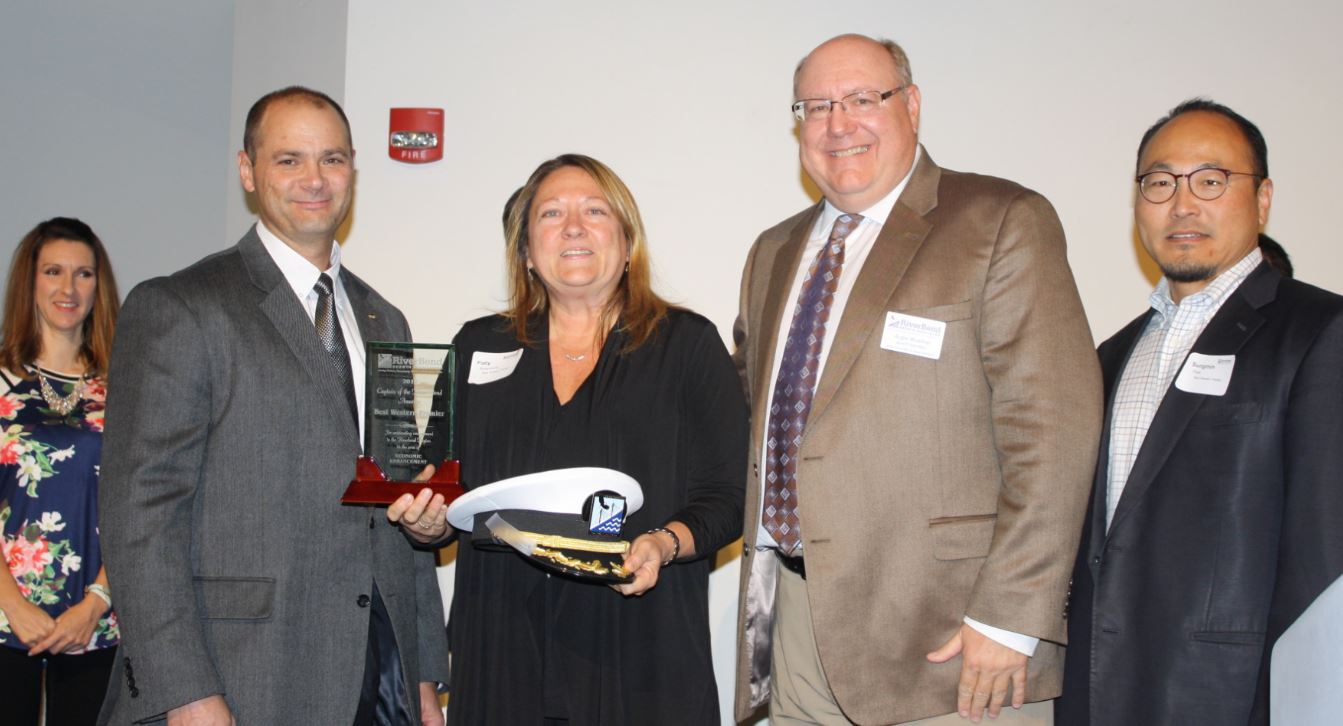 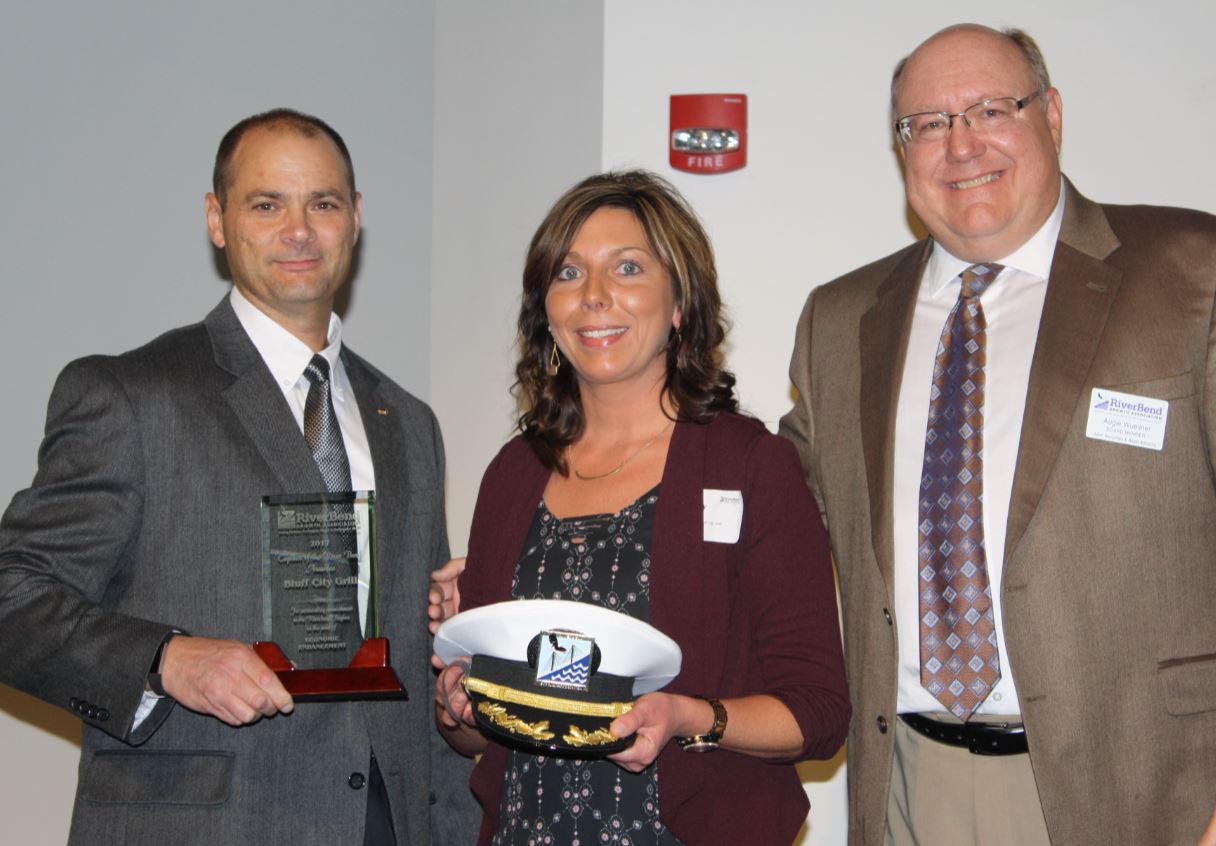 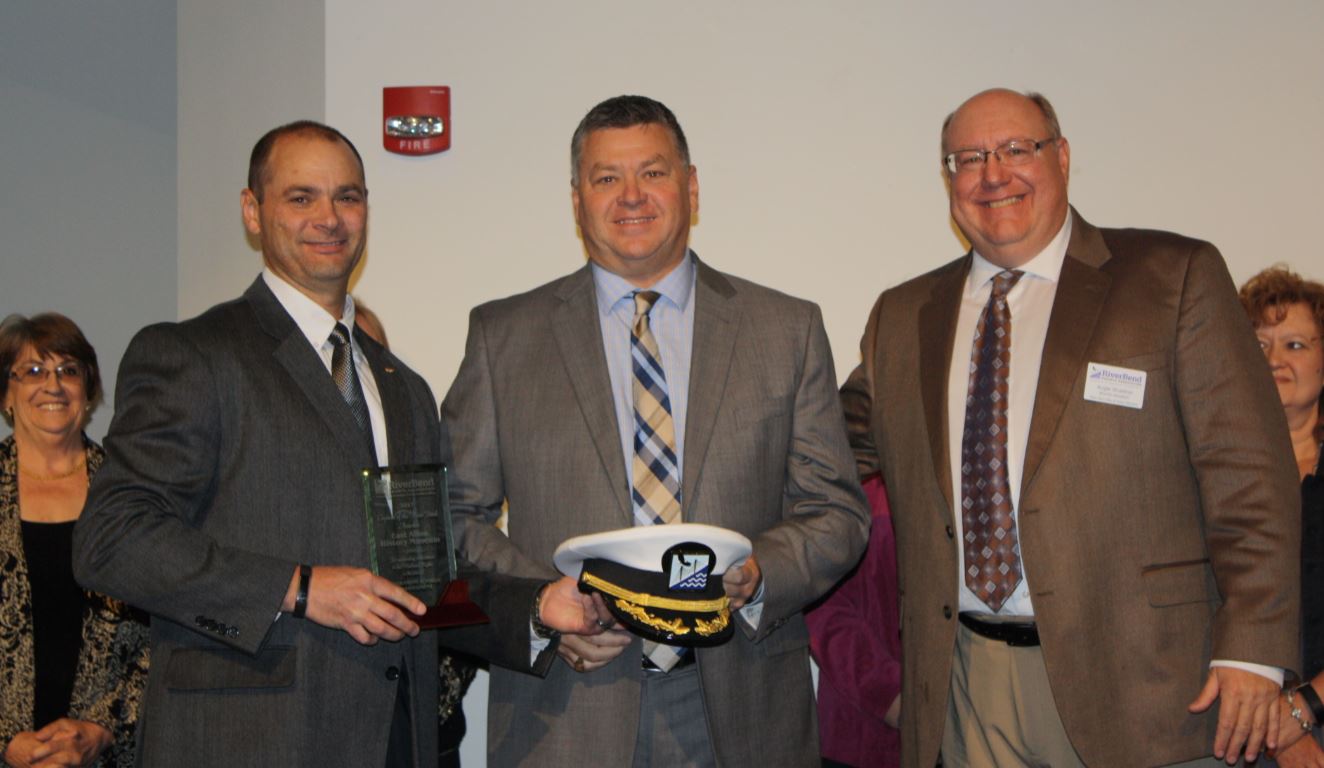 BOTTOM: Melissa Erker and Chris Johnson, of Phillips 66 Wood River Refinery, accept the award on behalf of the company. 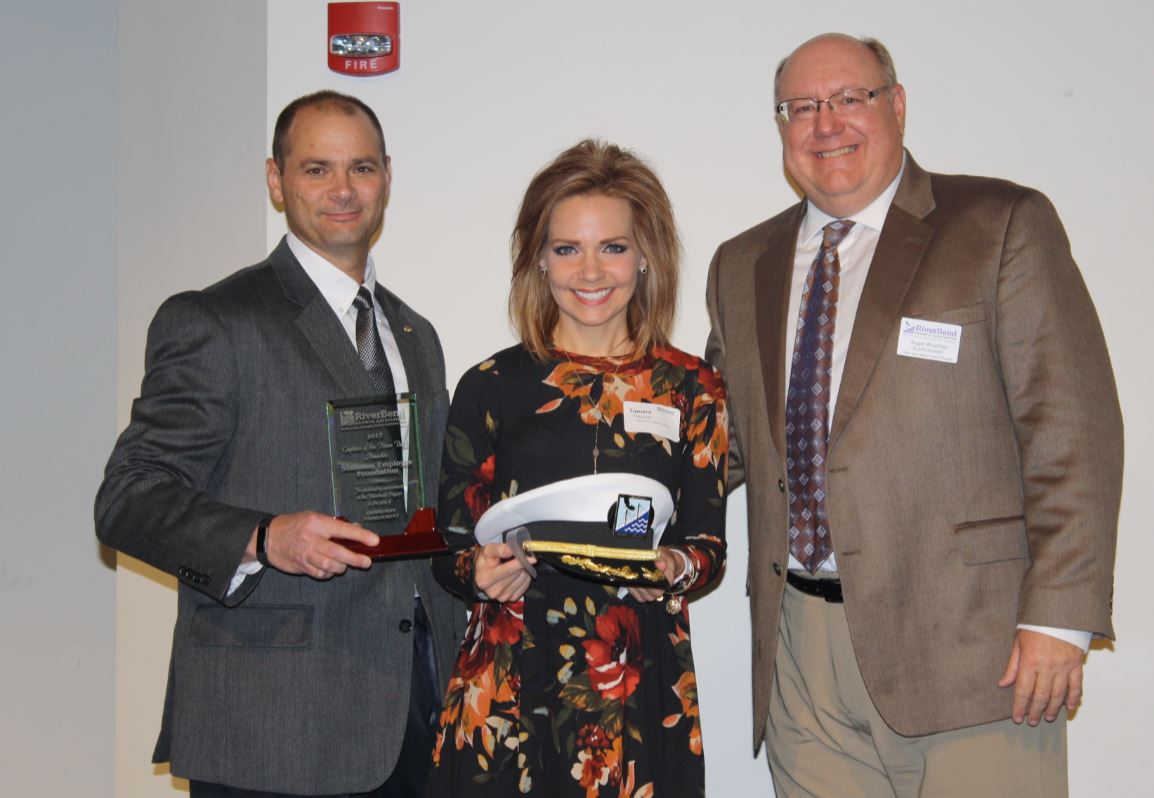 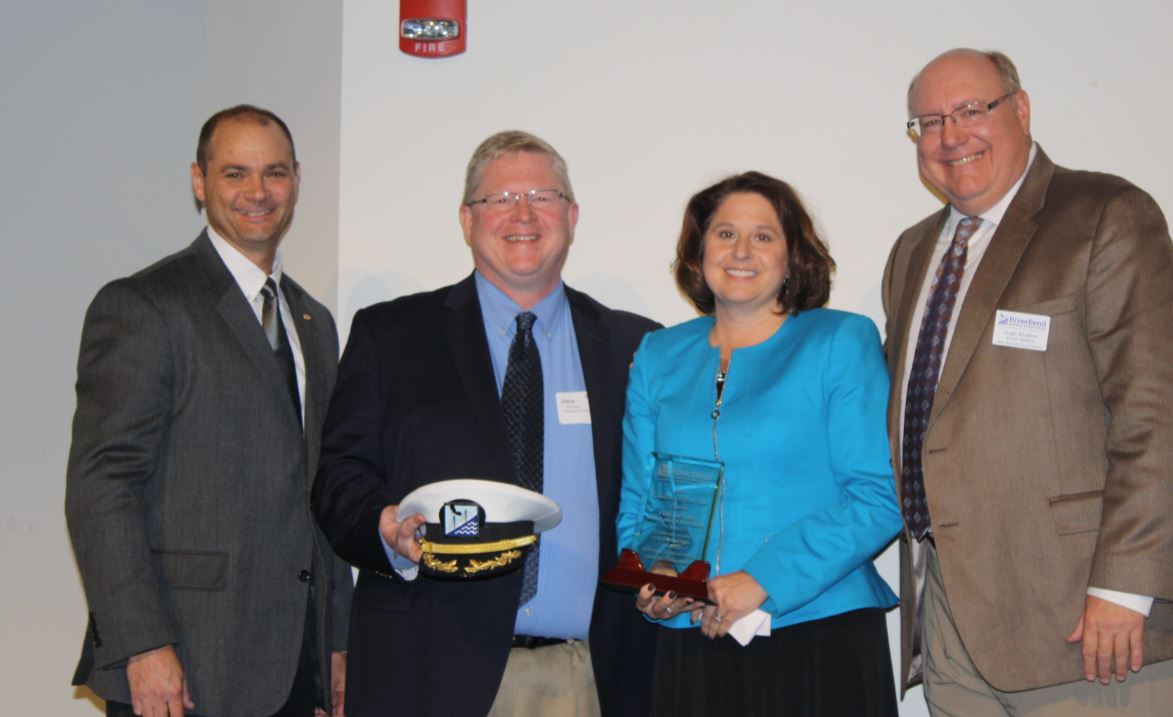