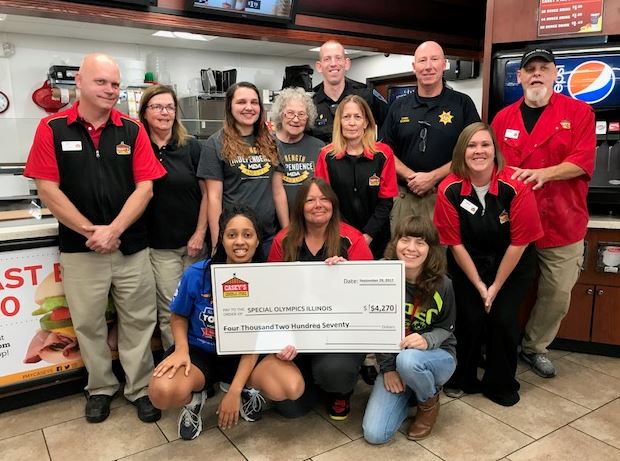 A check was recently presented by the top fund-raising store in Illinois — the location in Collinsville, which took in $4,270.

“We try to raise $5,000 every year. We came pretty close,” said Lori Forsythe, Collinsville Casey’s store manager. “Many of us can’t give right out of our pockets, so this is a great way for the team to give back. We try to be No, 1 every year. It makes us feel good to give to a great cause.”

“We are thankful for all they (Casey’s) do for our community,” said Chief Steve Evans, Collinsville Police Department. “We love Special Olympics and do anything we can to support our local athletes.”

The company’s values are rooted in a sense of belonging to the communities in which it operates, which aligns with Special Olympics’ vision of inclusion for all athletes. Together throughout Illinois the Casey’s Promotion raises awareness about different abilities and helps foster growth for our programs.