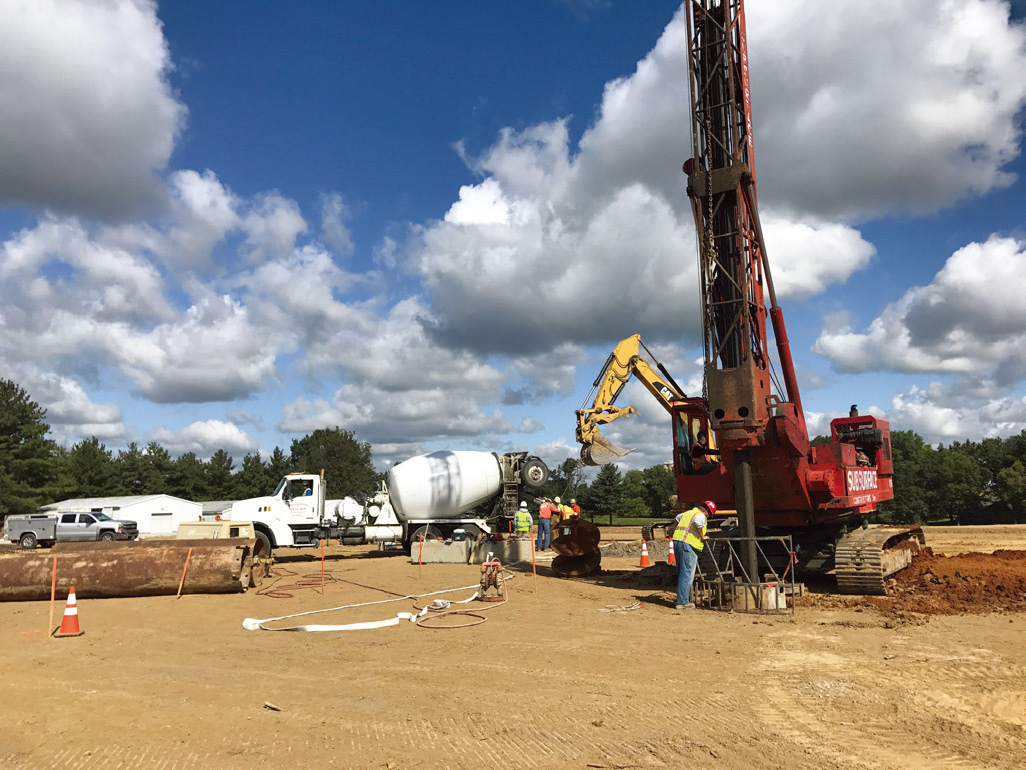 By ROBERTA CODEMO
Work began in August on a new $24.8 million water treatment plant in Taylorville to replace the city’s aging facility. Plocher Construction of Highland is in charge of the project.
The project will include construction of a new 32,000-square-foot plant on 23.5 acres, a 700-square-foot remote pretreatment building at Lake Taylorville and rehabilitation of two wells. Pumping capacity will increase from 4 million gallons per day to 5.2 million gallons per day. Construction is scheduled for completion in July 2019.
It was becoming too expensive to keep upgrading the old facility built in the 1950s to remain in compliance with water-quality standards. Site clearing work has been completed and the initial dirt work has been finished. Work completed to date includes drilling shafts for the foundation of the new building.
“We still have a long way to go,” said project manager Mike Carlson.
Remaining work includes constructing the new water treatment plant and all new pumping and treatment equipment. The site piping needs completed and the new plant needs tied into the water distribution system for the city. Upgrades need completed at the offsite well pump station and the lake pump station. Site demolition of the old water plant needs completed.
Carlson said the facility will include a new nitrate removal system that will treat all the water pulled from area wells. Advantages of the biota process over traditional nitrate treatment methods include lower energy use. Rather than displacing the nitrates in a concentrated waste stream, the nitrate is converted biologically to nitrogen gas and released into the atmosphere.
The city of Taylorville is paying for the project through a combination of federal and state funds. Money is coming from the Illinois Environmental Protection Agency SRF Fund.
Plocher Construction has done work for the city in the past.
“We have a good working relationship with them,” said Carlson.