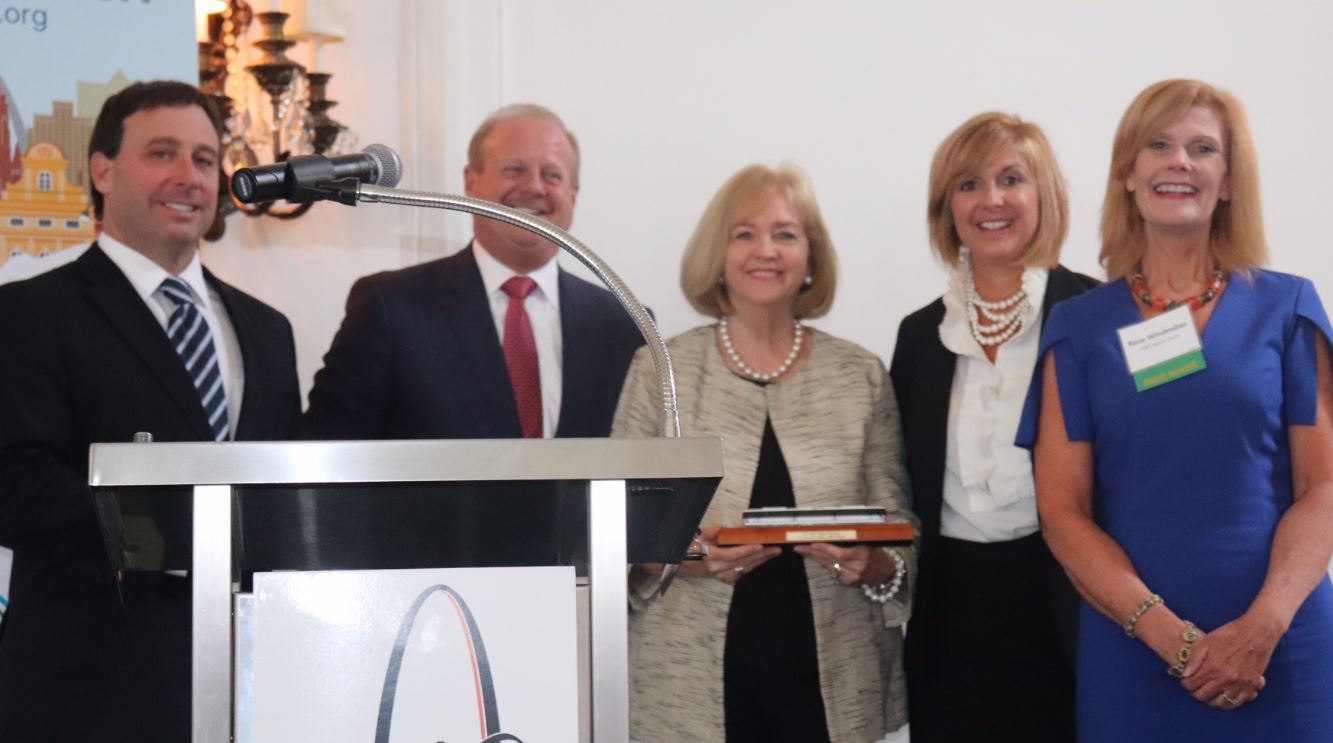 ST. LOUIS — As part of its 33rd Annual Meeting, Citizens for Modern Transit celebrated the efforts of a local nonprofit and a group of elected officials for their commitment to championing transit in the St. Louis area.

The 2017 New Initiatives Award was presented to Sheila Holm, community director with AARP in St. Louis, for the organization’s role in furthering the concept of livable communities and placemaking around transit. Through its partnership with CMT, AARP in St. Louis helped host walk audits at key MetroLink Stations, shared key report findings with the community, offered educational opportunities and planned pop-up Metro Markets. Efforts enabled area residents to gain a better understanding of “what could be” if the space around transit stations was activated. AARP in St. Louis was also recognized for its role in helping to further transit programming through participation in the 2017 Great Race Competition and Ten Toe Express Program.

A trio of local leaders were honored for their work assisting MetroLink in addressing safety concerns. The agreement by St. Louis City, St. Louis County and St. Clair County calls for plans to jointly tackle safety issues in collaboration with Bi-State Development.

CMT recognized St. Clair County Chairman Mark Kern, St. Louis City Mayor Lyda Krewson and St. Louis County Executive Steve Stenger with the 2017 Chairman’s Award for the establishment of a memorandum of understanding in May. The pact outlines a security plan delineating responsibilities for all law enforcement and public safety stakeholders to enhance passenger safety. The memorandum also provides a framework to improve communication and cooperation between security personnel and public safety officers and is designed to reduce misconduct and incidences of criminal behavior.

Citizens for Modern Transit also issued a reminder about the availability of its Try & Ride program, which allows area residents to test drive the MetroLink and/or MetroBus for their workday commutes.

Targeted at individuals who are new to the public transit system, the program provides users with customized route information, helpful tips and free fare for the first month.

Citizens for Modern Transit is a not-for-profit organization in St. Louis whose mission is to expand the light rail system in order to build more sustainable, accessible communities in the region.