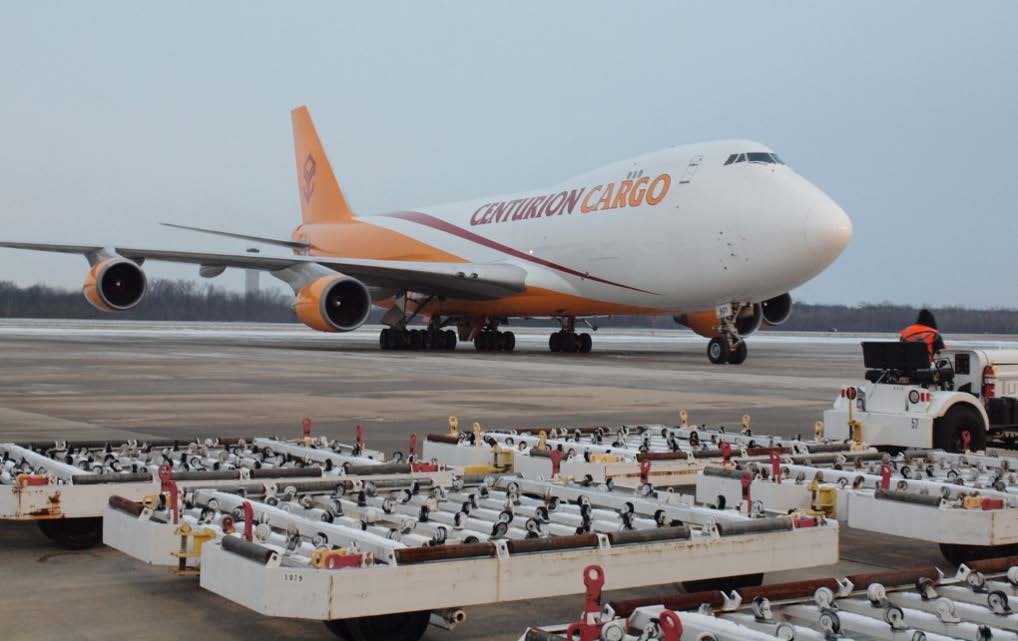 MASCOUTAH — MidAmerica St. Louis Airport, one of two international airports in metro St. Louis, boasts a 10,000-foot runway, 17 acres of aircraft parking ramps and 2,300 acres of developable land with immediate access to Interstate 64 and all of it backed by a Foreign Trade Zone and Illinois Enterprise Zone.
With these advantages in mind, North Bay Produce located its 60,000 square-foot perishable handling terminal and Midwest hub at MidAmerica in 2012. It hauls produce from Latin America to Europe and Asia.
In describing the transport of those goods Airport director Tim Cantwell explained that planes coming from South America are unable to fly nonstop to the Far East.
“South America air service doesn’t have airplanes that will fly to China nonstop,” Cantwell said. “They have to land en route. The infrastructure in South America doesn’t match the infrastructure in the United States. The airplanes coming out of South America into the United States don’t have the trans-Pacific capabilities. The planes coming out of the United States to China do. The goal is to link up South America with China through the United States. There’s no better base for that service than the Midwest from South America to China. And, MidAmerica has all of the tools to support the specific needs of that commerce – international perishable handling and air transport.”
Cantwell said hauling perishable cargo requires uninterrupted refrigeration.
“China doesn’t have the last mile refrigeration and that’s key in food quality,” Cantwell said. “Refrigeration is key to what we’ve set up between here and China. It’s called a ‘closed cool chain,’ which is an industry-specific standard for keeping the temperature consistent from MidAmerica Airport to Ningbo, China, our partner airport who completed construction on a 25,000-square-foot perishable center on their cargo aircraft parking ramp.”
Cantwell is seeking a cargo carrier that will run three flights a week but, in the meantime, he says charter business is doing well.
“As an example, Sabreliner Corp. is retrofitting internationally-owned helicopters at its plant in Perryville, Mo.,” Cantwell said. “Twice this year, they came in here to move project freight out to the Middle East. That is a growth area for the region because we don’t have any scheduled freighter services into or out of the region. The charters work out really well.”
But the focus continues to be on securing a bulk freight carrier that will fly out of MidAmerica multiple times per week.
“Having the first one decide to do that is like having the first restaurant in the mall,” Cantwell said. “You have to get one and then you can get the others.”
Cantwell said that he is in constant contact with North Bay Produce, which currently trucks product in and distributes from the Midwest.   “But, when we get a carrier based here on a scheduled route, we will get all of North Bay’s cargo flying out. Then that’s an opening to export fresh, Midwest foods to China.
When that cargo carrier is secured, it will require changes to MidAmerica, Cantwell said. There are already 457 non-county employees working on the property and the parking lot is 85 percent full.
“All the pieces are coming together,” Cantwell said. “The freighter cargo is not the toughest thing but it is the next thing. I entertain prospects every day about what they need and what we can do for them. We have 2,300 developable acres adjacent to the new Rieder Road exit on I-64 that is currently under construction and it’s perfect for light manufacturing, warehousing and associated uses.”