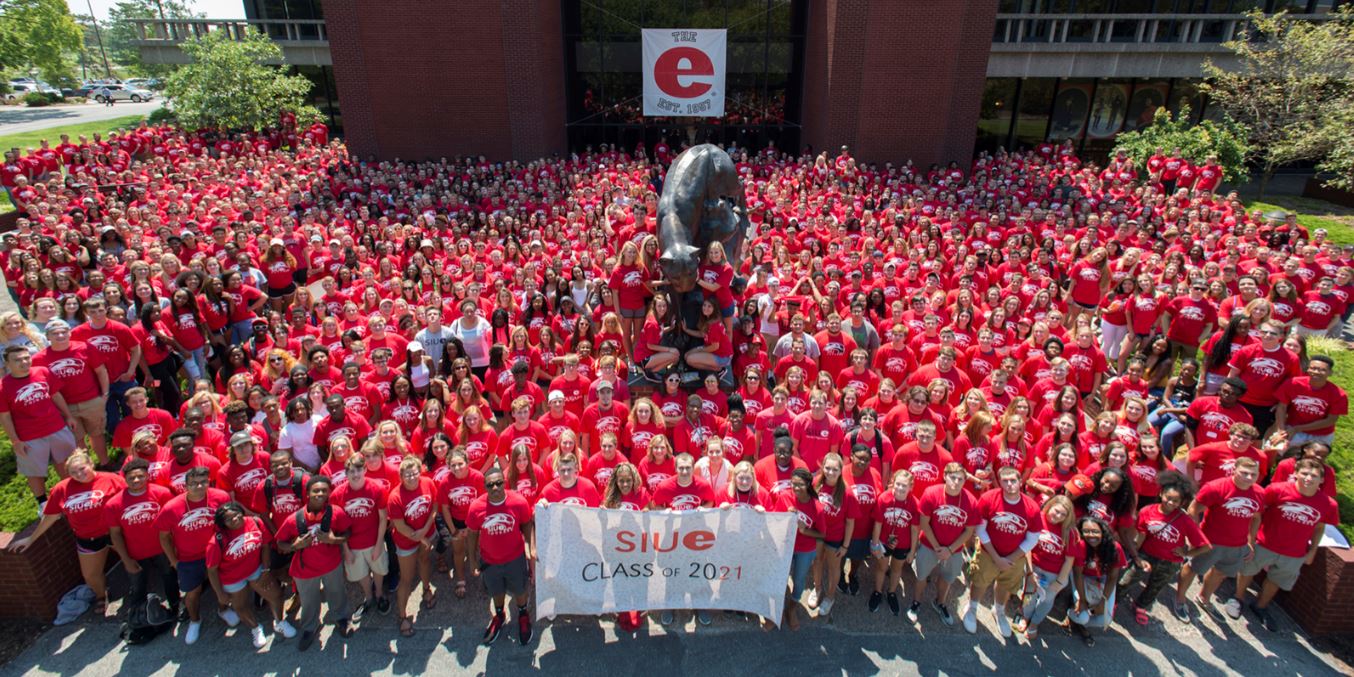 Southern Illinois University Edwardsville’s fall enrollment is down overall, but officials are finding some positives in the numbers.

The university recorded its ninth largest all-time enrollment as the School of Nursing posted record enrollment and online enrollment reached a record 854 students for the fall 2017 semester. SIUE saw its overall student enrollment drop slightly (2.4 percent) to 13,796 students registered for fall 2017, but it still lands among the institution’s all-time top 10 enrollment figures.

The SIUE School of Nursing has 1,435 students (increase of 100 students or 7 percent) enrolled in its doctoral, master’s and baccalaureate programs. The school expects to build on its momentum by introducing a new direct entry program for first time freshmen with a 23 or better ACT score beginning fall 2018.

SIUE set a third record by increasing its Latino student population to 593 (increased 6 percent or 33 students).

“Considering the market forces at play within Illinois that were outside our control during the past two years, we are encouraged by the confidence that students and their families continue to display in SIUE,” said SIUE Chancellor Randy Pembrook. “Initial data for next year’s class is encouraging, and we have initiatives in place to enhance enrollment growth in the future.

“It is an exhilarating time at SIUE as we continue to work on enhancing a campus that reflects vitality for student learning and living as a result of innovative academic programming and improved campus infrastructure. We anticipate that programs such as integrative studies will be popular with both traditional and non-traditional students as it allows flexibility for students who have academic interests that span across disciplines. Meanwhile, our online offerings continue to grow as we address students’ desires to learn both on and off-campus.”

“Almost all of the renovations in the Science East Building should be completed by fall 2018,” he said. “The Science Complex is perhaps the most impactful construction on campus since SIUE’s residence halls. Meanwhile, the SIU School of Dental Medicine opened a new Edwardsville clinic in University Park last spring to serve the campus and regional communities.”

The university registered a drop of 346 students from its third all-time high of 14,142 students for the fall 2016 semester. With its record online enrollment, SIUE’s on-campus enrollment is 12,942. During the past decade, SIUE’s total enrollment has fluctuated between 13,600 to nearly 14,300 with average enrollment during that time at 13,999.

“The fall 2017 freshman class is as diverse as any ever enrolling at SIUE and has the second highest mean ACT score on record at 23.4” said Scott Belobrajdic, associate vice chancellor for enrollment management. “We are encouraged that freshman applications for fall 2018 are running 42 percent ahead of same date last year.”

• First-time, full-time freshman enrollment is 1,797 students, a 7 percent decline (138 students) from a year ago, earning a mean ACT of 23.3, second-best all-time
• New fall graduate students grew by one to 457
• New fall transfer students total is 1,357, just 3 percent behind fall 2016
• Freshman to sophomore retention rate increased 1 percent to 73 percent
• New freshman enrollment from out of state and regional states other than Missouri grew 41 percent, the local area grew 12 percent and Springfield grew 8 percent. Declines came in Chicago -17 percent, Missouri -15 percent and other Illinois -33 percent.