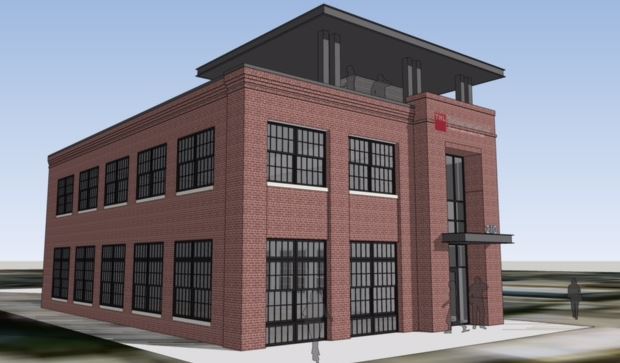 EDWARDSVILLE — A new, multistory office building will be constructed at 210 S. Main St. in Edwardsville to accommodate the growing TorHoerman Law, which has named four new partners.

Construction of the 5,000-square-foot building will begin at the end of the month, with demolition of an existing house on the site. Projected completion is late summer of 2018.

“We have reached the point where we were outgrowing our previous office, and with the announcement of adding four partners to the firm, we felt it was time to build our own space,” Tor Hoerman, founder of TorHoerman Law, LLC said. “It’s an exciting time for our firm because the new office and partnerships will give us the opportunity to better serve the needs of our clients.”

The additional partners are Eric Terry, Steven Davis, Kenneth Brennan and Jacob Plattenberger who have all been with TorHoerman Law since 2009.

As a plaintiffs’ personal injury lawyer, Terry primarily concentrates his practice on advocating for clients who have been harmed by negligence on the part of pharmaceutical companies and medical device manufacturers. Prior to becoming an attorney, he worked for more than 10 years as a parole officer. He has represented clients in cases involving a multitude of prescription drugs and medical devices, including robotic surgical systems, Pradaxa, Januvia, vaginal mesh and Yaz.

Davis has been representing people injured by the wrongful acts of pharmaceutical companies in the development and marketing of dangerous drugs and medical devices for 14 years. While in law school, he worked at the offices of the Saline County, Ill.. State’s Attorney and at the offices of the Vanderburgh, Ind., County Prosecutor.

Plattenberger has taken hundreds of depositions, argued in numerous hearings and tried more than 35 cases to a jury. He anchors the TorHoerman Law Chicago office, where he focuses on nationwide, complex pharmaceutical and medical device litigations, such as Incretin Mimetics Products Liability litigation currently pending in the Southern District of California, and the various Transvaginal Mesh multidistrict litigations pending in the Southern District of West Virginia. He also maintains a personal injury practice representing individuals and families who have been victims of catastrophic auto and truck accidents, product failures, maritime accidents and medical negligence.

Brennan is a trial lawyer with more than 20 years of experience in courtrooms representing both plaintiffs and defense. He has taken on some of the largest industries in the world – including the pharmaceutical, communications, auto, banking, and insurance industries. Brennan is currently court-appointed lead counsel in consolidated litigation involving hundreds of plaintiffs injured by World War II era releases of radioactive material in and around St. Louis. Previously, he had a successful career representing individual consumers, small businesses, multinational corporations, franchisors and franchisees.

Since 2009, TorHoerman Law has negotiated more than $3 billion in verdict and settlements. Visit https://www.torhoermanlaw.com/.

We welcome news of employers and employees in and around Southwestern Illinois. Items for Illinois Business Journal publication may be sent to Editor Dennis Grubaugh, dgrubaugh@ibjonline.com. Be sure to follow our posts on Facebook, Twitter and LinkedIn.