ALTON – Law firm Simmons Hanly Conroy has announced the $4.26 million preliminary settlement of a class action lawsuit on behalf of plaintiffs whose homes were polluted by harmful emissions coming from a Granite City steel mill. 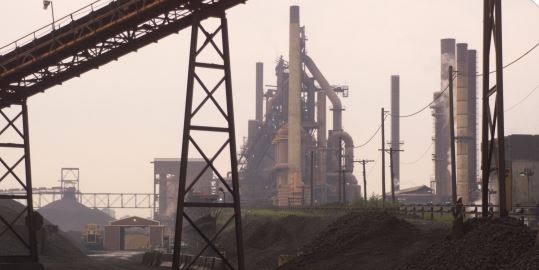 Residents living near the mill claimed airborne particles were released into the atmosphere and onto their properties during the steel mill’s operation.

Judge William A. Mudge of the 3rd Judicial Circuit in Madison County, granted preliminary approval of the settlement in the putative class action on Aug. 28.

The plaintiffs filed their lawsuit on Nov. 10, 2014, against the coke plant owned and operated by defendants SunCoke Energy Inc. and Gateway Energy & Coke Company, LLC, and the steel mill owned and operated by United States Steel Corp. (U.S. Steel). The hearing for final approval of the settlement is scheduled for Feb. 16, 2018.

“This is a fair and welcome victory for our clients who, for years, had their homes and fresh air needlessly polluted when proper management by the steel mill and the coke plant could have prevented the issue,” said SHC Shareholder Ted N. Gianaris, who served as co-lead attorney along with SHC attorney Jo Anna Pollock to represent the plaintiffs in the class action.

SunCoke produces a raw material called coke, which U.S. Steel then uses to manufacture steel. During their operations, SunCoke and U.S. Steel regularly released into the atmosphere substantial amounts of particles that leave a silty deposit on neighbors’ properties and cars – sometimes even getting inside their homes. The plaintiffs claimed the defendants negligently failed to capture emissions and failed to store and properly transport coke, Simmons said.

From November 2009 until the lawsuit was filed, surrounding residents experienced annoyance and discomfort, including an inability to fully utilize and enjoy their homes.

The settlement class includes anyone who occupied property in a pre-determined geographical area from Nov. 10, 2009, to present. Potential class members are encouraged to review the website or call 1 (844) 798-3651 toll-free to determine the settlement class area.

In 2013, SunCoke agreed to settle a separate claim filed by the U.S. Environmental Protection Agency and paid a penalty of $1.995 million, plus contributed $225,000 to the St. Louis Lead Prevention Coalition, a Simmons release said. The alleged violation concerned excessive bypass venting of hot coking gases directly to the atmosphere, resulting in excess SO2 and particulate matter emissions from the facilities’ waste heat and main stacks, in violation of applicable EPA permit limits.