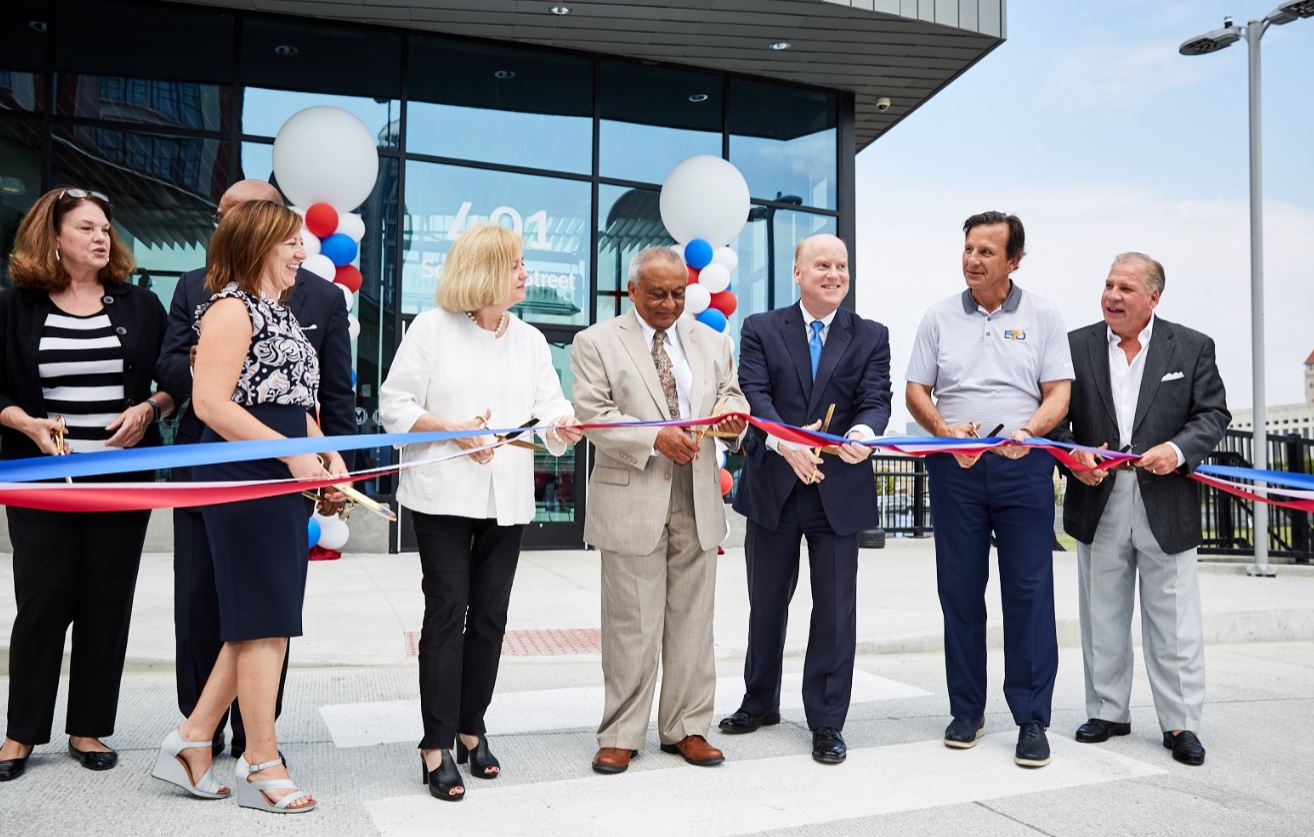 Arcturis was the design firm and KCI Construction was the general contractor for the project.

“Our team at Metro is committed toward making smart, fiscally responsible investments to improve and expand the region’s public transit system,” said John Nations, president and chief executive officer of Bi-State Development. “In just 14 months, they have transformed the Civic Center Transit Center, and tourists, transit riders, residents, employees, sports fans and concert-goers will now be able to enjoy a first-class transit facility.”

The completely redesigned Civic Center Transit Center will provide a safer commuting environment for MetroBus riders and MetroBus operators. Some MetroBus passengers were picked up and dropped off on 14th Street while traffic zipped by because the transit center could not accommodate any more buses. All buses will now board passengers inside the transit center, off the street, out of the traffic. The transit center now will utilize all of the property at 14th and Spruce Streets, increasing the number of bus bays from six to 18 while adding a transit center building with an indoor waiting area, concessions, security and Metro transit personnel offices.

The Civic Center Transit Center is built for future transit needs. It can accommodate 60-foot buses and electric buses and could serve as a terminal point for Bus Rapid Transit Service with little modification.

“The world has become a global community, and we must invest in transportation to ensure we remain competitive nationally – and internationally,” said Lyda Krewson, mayor of the city of St. Louis. “That’s why projects like this one at the Civic Center Transit Center are so vital. Investing in public transit is investing in our region.”

Federal funding secured through the FTA by Metro paid for 80 percent of the $10.5 million total project cost. The remainder was provided through local funding.

“You have to compete for federal funds, and Metro and Bi-State Development are to be commended for securing $8.4 million in federal dollars to support this project,” said Mokhtee Ahmad, FTA administrator for Region 7. “That investment is helping build a better and stronger transit system that will allow Metro to operate even more efficiently and safely, and better serve the needs of public transit riders and the region as a whole.”

The new Civic Center Transit Center will be completely smoke-free.