Answer Midwest Inc. of Alton is finishing up its 70th year in business by more than doubling its service capacity and winning the Association of TeleServices International Award for being one of the Top 10 Answering Services in the United States and Canada. 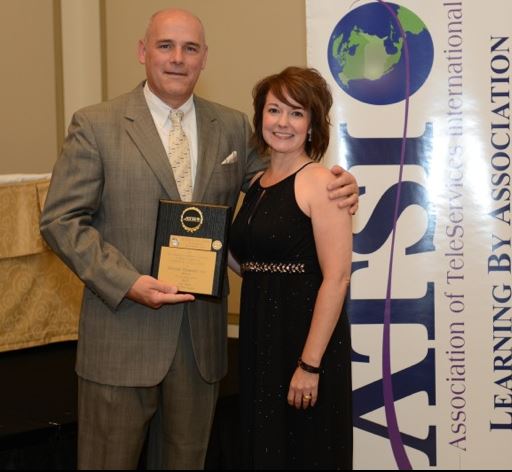 To celebrate, Answer Midwest will play host to community leaders and elected representatives for a ribbon cutting at 11 a.m. on Monday, Aug. 28. The event will showcase the company’s newly expanded office space at 307 Henry St., Suite 207.

The company, which has been owned by the Tedrick family for 25 years, credits its success to the service that has won them the International ATSI Award of Excellence 16 years in a row.

The ATSI selection committee evaluates telecommunications companies across both North America and the UK. Winners were recognized by the Association of TeleServices International at their 2017 Annual Convention held at Palmer House Hilton in Chicago.

“The ATSI Award of Excellence Program recognizes that excellence requires a level of service that considers the caller first in every aspect of the call. The award is earned by a company by judging the handling of calls placed by mystery callers against specific, member-driven criteria,” said ATSI President Doug Robbins. “Companies that earn this award are continuously focusing on delivering excellence in customer call handling.”

“Top Ten was a big honor for us this year and I can’t thank the employees enough,” said Jen Schulz, vice president of Answer Midwest.

PHOTO: Doug Robbins, president of the Association of TeleServices International, awards Jennifer Schulz, vice president of Answer Midwest in Alton, the ATSI Award of Excellence, recognizing the company as one of the Top 10 Services in the United States and Canada during the organization’s award ceremony in Chicago.