A friendly sports wager between bankers helped fuel interest in a campaign to fight hunger.

First Bank branches in Illinois and Missouri collected 3,703 food items and $1,582 in cash donations in July for Operation Food Search.

The total value of the food and cash collected was $5,285.

“We want to thank our employees for showing their support for Operation Food Search,” said Lisa Blamy, senior vice president, Midwest retail director for First Bank. “There are so many children and families that are at risk for hunger, particularly during the summer months when children are not being fed in school.”

The food drive was conducted during a two-week period in July with all 46 First Bank branches and in-store Dierbergs locations participating.

During the coinciding food drives, First Bank Midwest Commercial Banking President Rick Sems and First Bank California President John Grauten engaged in a friendly wager over which region would collect the most food items and cash donations. The wager included the losing region president having his picture taken wearing a jersey from one of the winning region’s sports teams (St. Louis Cardinals or Los Angeles Rams). Grauten won the wager with his California region collecting 5,081 food items and $6,421 in cash donations.

First Bank firstbanks.com is one of the largest privately owned banks in the country with $5.93 billion in assets and 104 locations in Missouri, Illinois, and California. 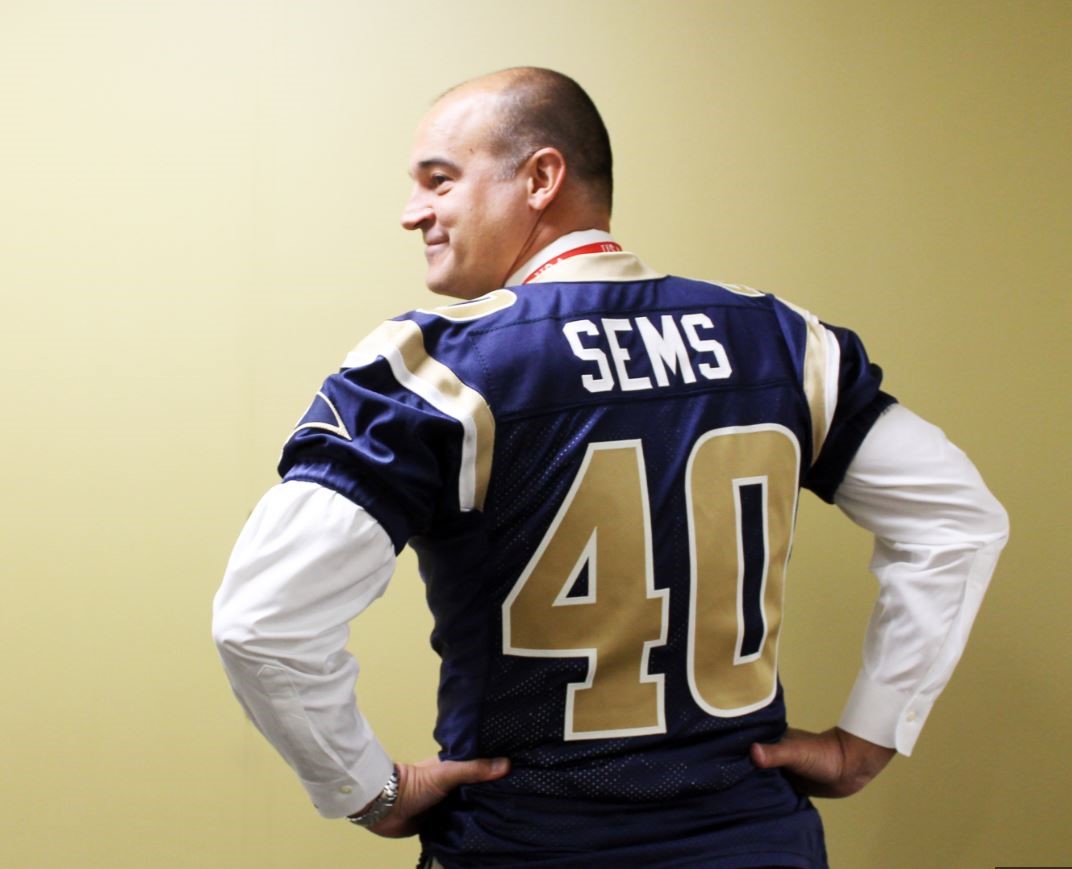