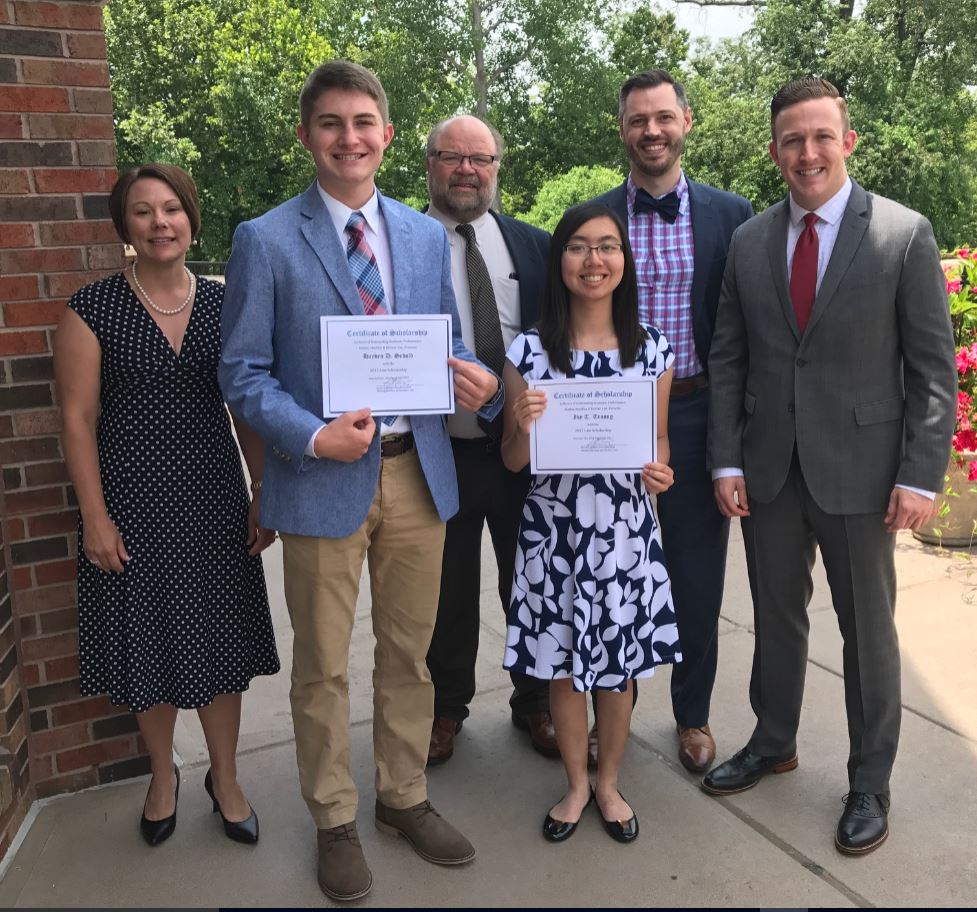 BELLEVILLE — The law firm Mathis, Marifian and Richter, Ltd. is honoring the recipients of the firm’s 2017 Law Scholarship.

Graduates Amelia Schmitz of Belleville West High School, Hayden Sebold of Alton High School and Ivy Truong of Belleville East High School each received a $1,000 scholarship from MMR. All three students are planning to pursue legal careers and applied for the scholarships through a nomination process open to all high school seniors in Madison, St. Clair and Washington counties.

While attending Belleville West, Schmitz was involved in Student Council, Dance Team, Little Theater, French Club and many other organizations. As a member of National Honor Society, she volunteered over 60 hours at Interfaith Food Pantry where she worked to feed hungry and/or homeless residents of the Belleville area. This year she received the Young Women of Achievement award for academics from the Rotary Club of St. Clair West and was an Illinois State Scholar. Schmitz was also selected by Monroe County Electric Co-op to travel to Washington, D.C., for a week where she met with U.S. Senator Dick Durbin and attended youth leadership sessions. Schmitz looks forward to attending Washington University in the fall.

Sebold balanced numerous activities during his time at Alton High School. He was a member of Student Council, National Honor Society, Mu Alpha Theta Math Honor Society and Varsity Boys Soccer, where he was awarded Outstanding Accomplishments in Scholarship and Athleticism. He also received the Silver Medallion Award for academic excellence. Sebold was selected in both 2015 and 2016 as his high school representative for the annual NAACP Recognition Banquet. In 2014, Sebold won third place at the STEM Research Challenge and was an Illinois State Science Fair qualifier. In his free time, Sebold enjoys volunteering at the Alton Fire Department and the Salvation Army. He will begin his studies at the University of Missouri-Columbia in August.

At Belleville East High School, Truong excelled in many activities. She was editor-in-chief of the newspaper, president of the National and English Honor Societies, Debate Team captain, and editor of the literary magazine. She was also a member of the Science, Math and French Honor Societies. Truong has been recognized as a National Merit semifinalist, a member of the Illinois Journalism Educators’ Association All-State Team and selected as Belleville East’s Most Outstanding Speech & Debate Student. This year she also earned the Young Women of Achievement Award for academics. During her high school career, she won many awards for her talent in journalism and debate. Outside of school, she participates in Trekking for Track as well as Homework, Help and Hoops. Truong will attend Princeton University.

“MMR created this scholarship because we felt it was our place as attorneys to encourage and help future lawyers. We are fully aware of the responsibility attorneys have in ensuring that everyone’s rights are upheld,” said MMR shareholder, Kevin Richter. “All of us at MMR look forward to seeing what Amelia, Hayden and Ivy contribute to both the community and the country.”

This is the 18th year that MMR has awarded scholarships to local high school students. Shareholders of the firm established the scholarship as a means to encourage and assist students in pursuing a legal career.