SHILOH – Metro East, year-over-year home sales are on the rise.

Sales rose 11.8 percent in St. Clair County compared to June of last year and rose 13.9 percent since May 2017, in figures released at the end of July.

“We are excited about the continued rise in home sales in the Metro East,” said Mike Gross, president of the Realtor Association of Southwestern Illinois. “The decreased amount of time the homes stay on the market plus low interest rates creates a market that is beneficial to home buyers and sellers.”

Homes are selling at a faster rate in St. Clair and Monroe counties. Compared to June of 2017, the number days on market for homes in St. Clair County decreased 24 percent while Monroe County saw a decrease of 47 percent at just eight days on the market. 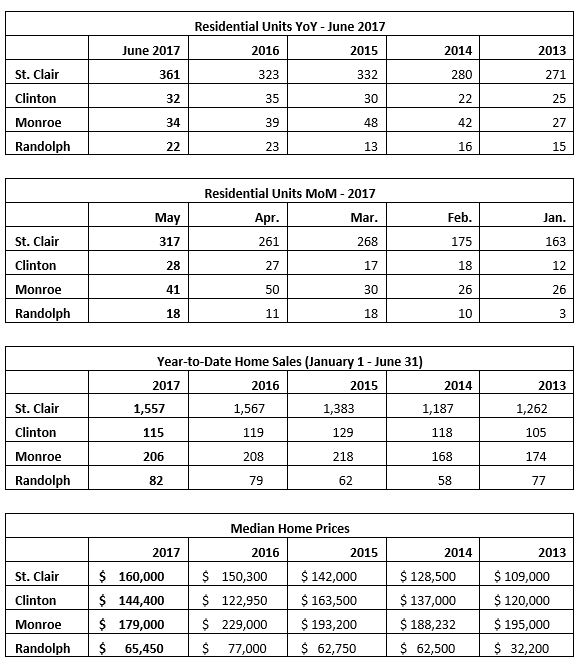 Statewide, home sales increased in Illinois 0.3 percent to 19,066 while prices continued to gain traction, according to the latest report from Illinois Realtors. The median sales price increased 5.9 percent to $216,000.

In the Midwest as a whole, existing-home sales rose 3.1 percent to an annual rate of 1.32 million in June (unchanged from June 2016), according to the latest report from the National Association of Realtors. The median price in the Midwest was $213,000, up 7.7 percent from a year ago.