By ALAN J. ORTBALS
When the Midwest Cyber Center opened the door for applications to its new apprenticeship program, it had no idea what it was in for.
“The response honestly has been amazing,” said Tony Bryan, executive director of what’s known as MC2 , based outside Scott Air Force Base. “Not a day goes by that you’re not seeing an article in social media, the newspaper or somewhere on the Cyber Security Center. We knew but we didn’t understand how big it would be.”
In a four-week period MC2 received more than 300 applications. The number that will be initiated into the program will depend on the number who qualify and the number of sponsor partners that MC2 is able to sign.
The program requires people be 18 years old or older; have a high school diploma or GED; and must pass the ACT Work Keys test. Most people are familiar with the ACT that high school students take for admission to college. ACT Work Keys is geared toward testing career readiness for non-college-bound student. There are three sections that analyze reading comprehension, math skills and ability to analyze data.
“It is fairly new and I think some states have jumped in to embrace it more so than others,” Bryan said. “I think the trend going forward is that high school students will take one or the other of the ACT tests and the districts will pay for it. We require that they score a 5 across the board for all three categories. If they do, they qualify for our program.”
The apprentices will be paired with participating businesses for the 18-month program. They will work 32 hours per week at the businesses, being paid $15/hour and spend 580 hours studying via an online curriculum that is certification based.
The program is being conducted in partnership with the St. Louis Agency on Training and Employment (SLATE). So far 35 individuals have passed the ACT Work Key test. Clearent, Hussmann and Blake Technologies have all signed on to accept apprentices and Bryan said that he was working to enlist more. 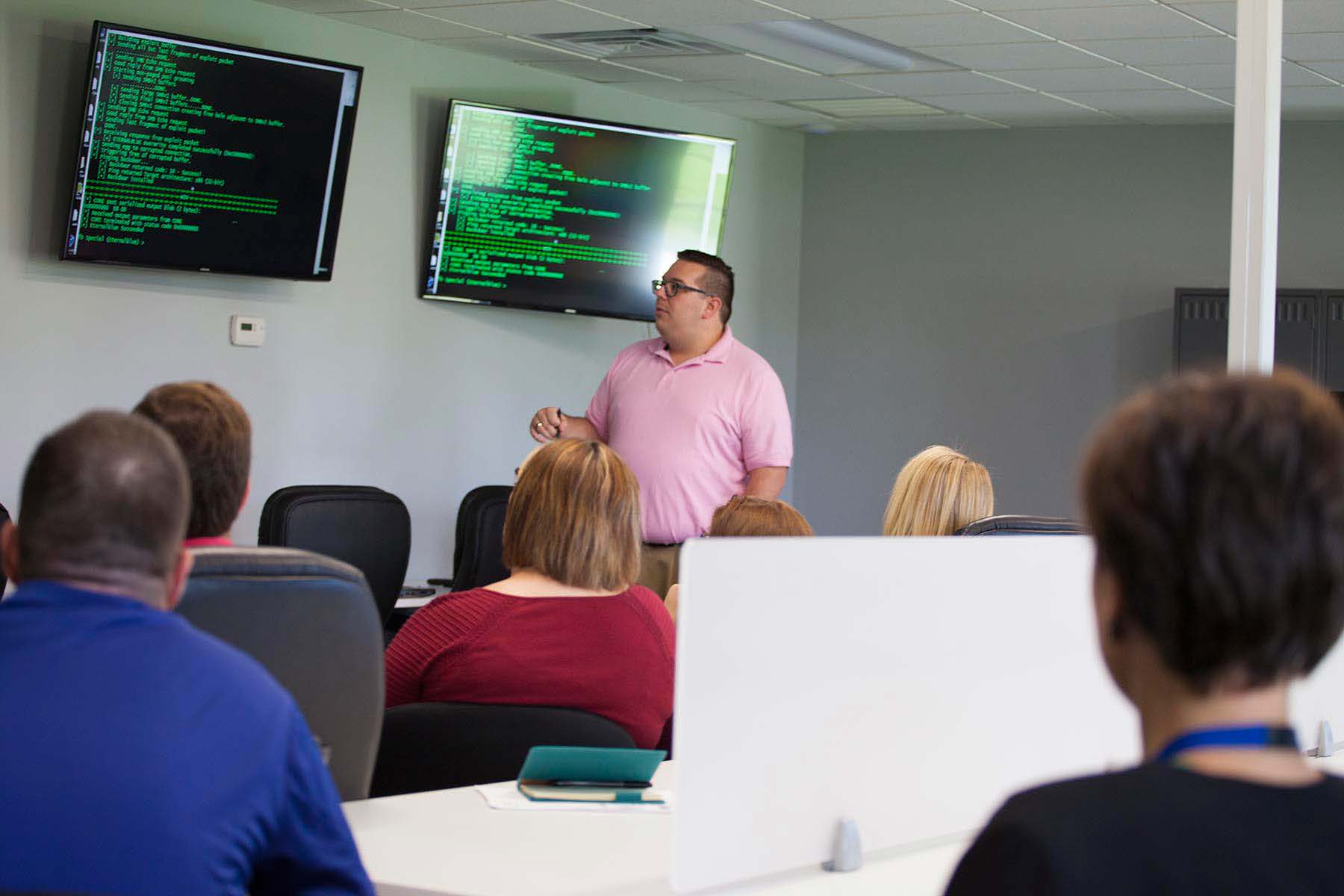 MC2 is a nonprofit organization that was created two years ago because of the growing need in cybersecurity which is so great that jobs in the industry are becoming hard to fill. Metro St. Louis has 3,813 unfilled cybersecurity jobs, according to a supply and demand “heat map” on the website cyberseek.org.
Nationally, the number measures in the hundreds of thousands and is projected to grow to 1.8 million by 2022, according to Jason Carter, board president of MC2.
Bryan said the agency started a scholarship program in June of last year but found that it wasn’t fully covering the need. That program was geared toward individuals with some IT experience and knowledge who wanted to make the transition into the security world.
“That certification was a great bridge for those kinds of folks but we found we were saying no a lot,” Bryan said. “Folks were applying who didn’t quite meet the minimum threshold we were looking for, for the boot camp. So, we were to trying to find ways to help at the entry level for non-IT focused individuals and we came up with the apprenticeship model.”
Bryan said that they expected applicants to be in the 18- to 24-year-old range. But, instead received applications from a much broader age range — from 18 to 51.
“It’s a very diverse group in terms of gender and race,” Bryan said. “And they come from all across the metropolitan area.”
The first group is expected to start the second week of July with the second class slated for recruitment in October and placement in January 2018.

HeplerBroom attorney grew up as a carpenter, now builds an honored law career