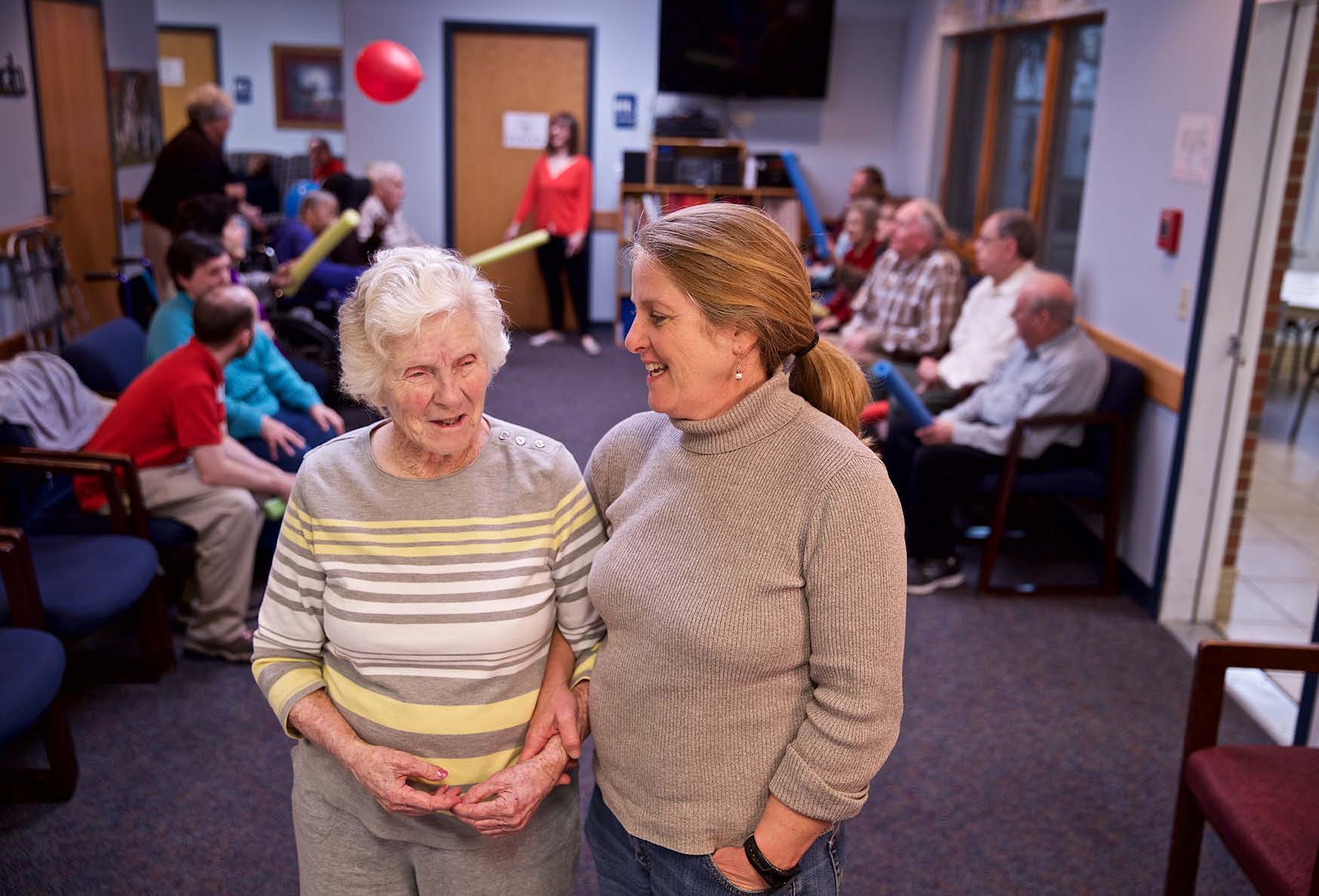 By DENNIS GRUBAUGH
COLLINSVILLE — While it’s true that none of us is getting any younger, it’s also problematic for coming generations who face the challenges of a fast-growing, aging population.
Adult day programs are becoming a big part of the answer, a means of staving off more expensive nursing care.
For Lisa Brennan of Collinsville, the care provided five days a week at St. John’s Community Care in Collinsville has been peace of mind for her and a lifeline for her mother.
“Her coming here not only gives me the opportunity to continue my career, it’s also given my mom a real quality, end-of-life experience,” Brennan said.
Four years ago, Brennan moved in with her 92-year-old widowed mother, Patricia Cisczcon, to help her with chores, but it soon became apparent her mom needed specialized care.
“Once I got in, I could see Mom had more needs than I thought she did,” Brennan said. “She was really struggling. So, we had a couple of assessments done, one by the state of Illinois and one by a private insurance company. Both came back with, ‘Your mother has dementia and she shouldn’t be left alone.’ What I thought was going to be an easy solution … put us into a tailspin.”
Brennan found St. John’s after her sister saw a sign advertising one of its four support groups.
“I showed up just wanting some advice. That’s how it started,” said Brennan, who also has an 8-year-old daughter at home.
“Mom was at a point where she didn’t want to get out of her bed,” Brennan said. “We started coming here, and she is engaged. Some people say she holds court. She can’t hear very well, she’s legally blind, but she gets an audience. She’s done extremely well.”
Now 96, Cisczcon comes to St. John’s five days a week, enjoying programs from art therapy to therapy dogs. A beautician comes in on Wednesdays and lunch is provided each day. A wealth of guest visitors, games and discussion sessions put the stress on socialization. Dance Party Fridays have been a real treat for many of the clients. A large, enclosed, outdoor patio and garden is also available for functions.
Nancy J. Berry is executive director of St. John’s Community Care, which is one of the oldest of the senior care operations in Metro East and has locations in Collinsville and Edwardsville. St. John’s has both adult day and home care services.
Adult day services differ from nursing home care in the constant stress of activities.
“We are very focused on keeping our people focused with activities.” Berry said. “We have a nurse on duty if they need medications or have a medical need. Other than keeping people safe and making sure they get a decent meal, the focus is all on what can we do that’s fun and rewarding.”
Beyond the therapeutic benefits, adult day services provide a very real opportunity of keeping the older clients out of hospitals and nursing homes, which are far more expensive.
Studies released in recent years by the National Adult Day Services Association showed the average annual cost per person using adult day programs was $16,900. By comparison, a year’s worth of services from a home care aide was estimated at $44,790 and a private room at a nursing home cost an average $83,150 annually. 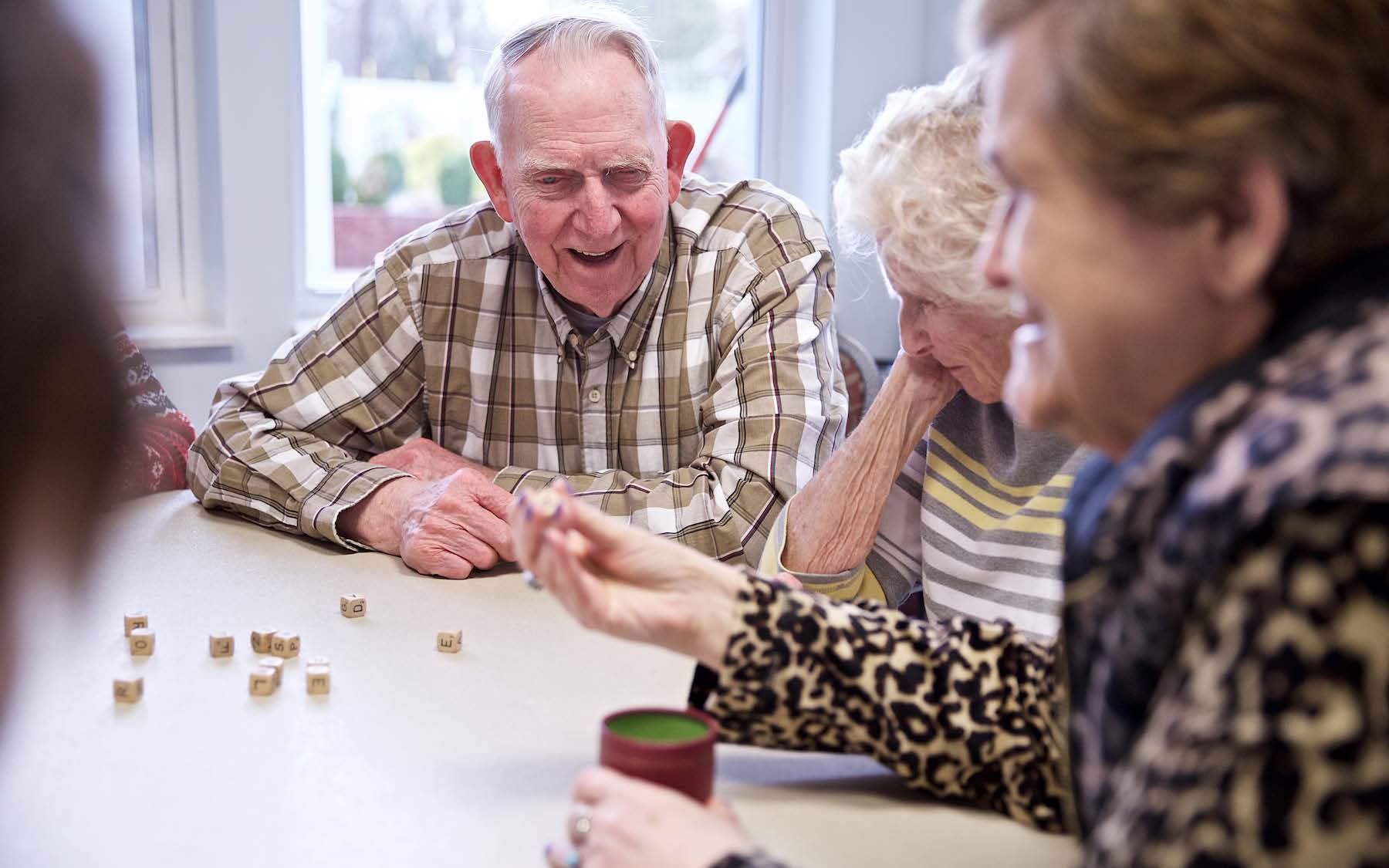 HeplerBroom attorney grew up as a carpenter, now builds an honored law career