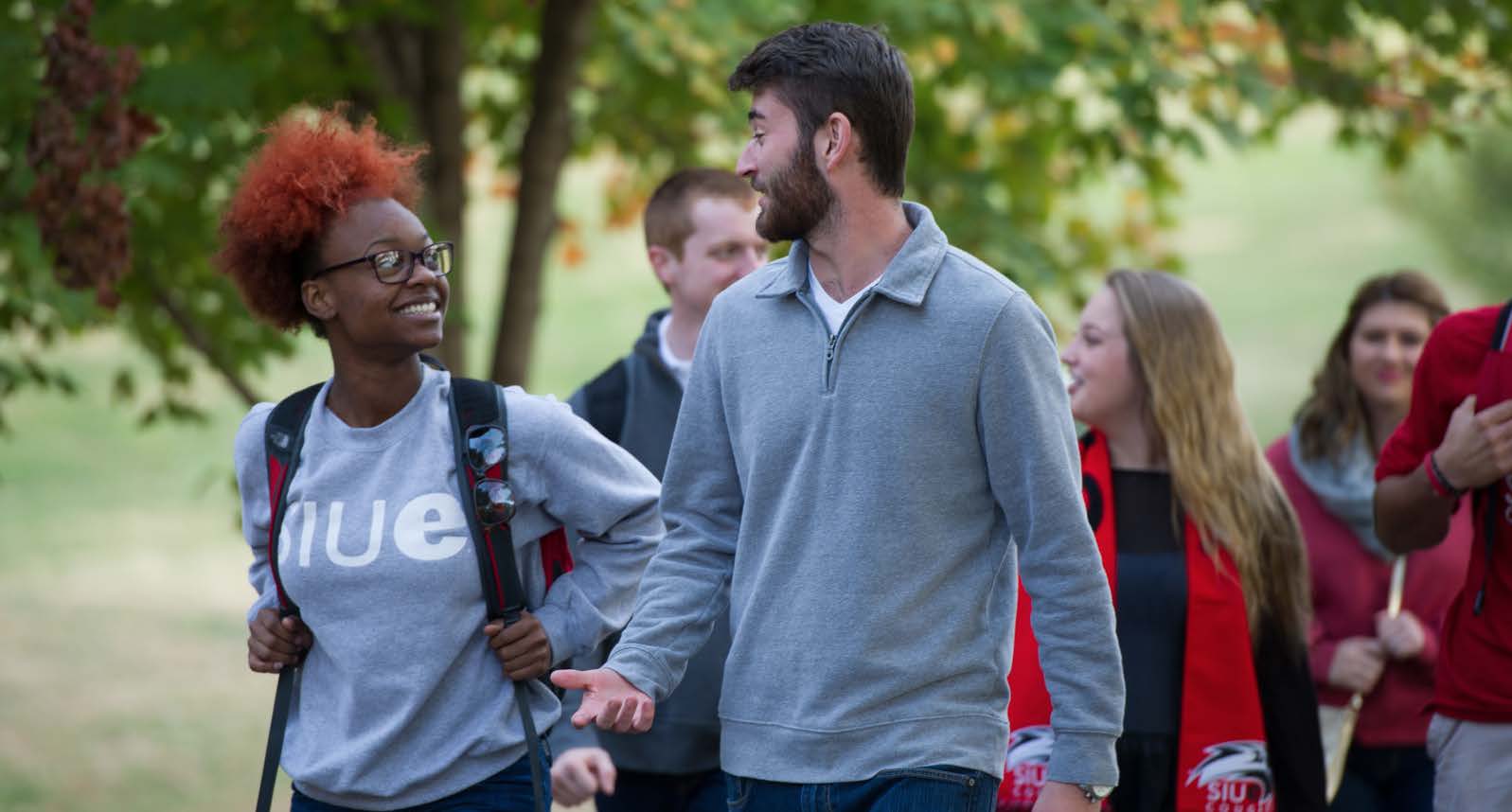 By ALAN J. ORTBALS
Nearly half of college-bound Illinois high school graduates leave the state to attend four-year institutions, according to the Illinois Board of Higher Education. And, the IBHE estimates that half of those who leave will not return to the Land of Lincoln.
Those figures are from 2015 before the state became embroiled in a budget stalemate between Gov. Rauner and the Legislature. It’s gotten worse since then, according to Randy Pembrook, chancellor of Southern Illinois University Edwardsville. He said that college recruiters from surrounding states are using the Illinois budget crisis to lure students away.
“The thing that scares me the most,” said Pembrook, “is you lose the brainpower, those creative individuals, the college-educated folks. If we are hemorrhaging numbers like that and they don’t come back what does it mean for the future of the state? Who’s going to be living here? What does that mean for the tax base? If you lose your young people, you lose your future. That’s the message I’ve been trying to send to people in Springfield.”
That message appears to be falling on deaf ears. The state, at press time, was headed to a second straight year without a budget. Spending has been drastically curtailed and even still some bills are going unpaid.
Pembrook said that the last year higher education was fully funded was FY 2015 (2014-15). In FY 2016 state funding dropped by 71 percent. For the current year, FY 2017, the funding stands at 53 percent and, Pembrook said, he didn’t know if there would be any additional funding forthcoming or not at the time of the interview.
“There is something called a ‘lifeline bill’ that has gone through one of the houses and is being considered by the other,” Pembrook said. “I think the governor might veto it because he is trying to get to a real budget rather than another stopgap. We don’t have any idea what the budget for FY 2018 will be.”
In real numbers SIUE received $60 million in state funding in FY 2015, just $19 million in FY 2016, and $30 million in FY 2017.
“There are all kinds of numbers being bandied around for next year,” Pembrook said. “Probably the best we would get would be 90 percent. I’ve heard 80 percent. There was number of 70 percent tossed out originally. And that’s assuming a budget would get passed.”
All of the public colleges and universities in Illinois are hurting from lack of state funding — some worse than others. According to the IBHE, 23 Illinois colleges and universities have been downgraded by the financial rating agency Moody’s. Southwestern Illinois College has announced two rounds of layoffs and Southern Illinois University Carbondale is seeking a loan from its sister SIUE.
While Lewis and Clark Community College has not been faced with layoffs, college President Dale Chapman said that workforce has been reduced by more than 40 through retirements and attrition.
“I would say Illinois is currently in the ICU,” said Chapman. “There are certain things keeping the patient alive. The revenues coming into the state are the equivalent of oxygen. We — meaning Illinois community colleges — are supplying the oxygen. We are not a tax eater, we are a tax contributor. So, we are applying the economic engine to the state. I have the numbers for us because we’ve had studies done. Lewis and Clark has a total economic impact on its district of $369.4 million. We’re saying to the state, ‘Get your feet off the oxygen hose’.”
The state currently owes LCCC $8 million, said Chapman, and that number is growing. He said that the state used to contribute about one-third of the college’s budget. Now it’s 16 percent and they’re not receiving that.
“We have 42 degree programs here,” Chapman said. “Plus, the transfer programs where people from our region get baccalaureate degrees and advanced degrees. A process operations tech person can start at $70,000-80,000 a year after a two-year degree from LCCC. A nursing graduate would earn $50,000 and be able to stay here and raise a family, buy a home, buy cars and create economic well-being in our district.”
He said the 1,000 students that graduated in May with those technical skills are seeking employment in the St. Louis area and want to live where their families are.
Chapman said that their high school dual credit program has been a savior for them. Under the program, high school students can take college credit classes at no extra cost and that has helped attract them to Lewis and Clark and keep them in the region. LCCC currently has 3,000 students enrolled in the dual credit program.
Even private colleges are being hammered by the state’s budget crisis through the Monetary Award Program.

MAP grants are available to Illinois students to attend Illinois institutions of higher education on an income basis. Students apply to the state and are given an award based on family income, the cost of attending the selected institution and other financial aid that the student may be receiving. While the state continues to make MAP Grant awards, money to fund those awards has been slow to materialize turning them essentially into IOUs.
“That puts the institutions in an awkward position,” said Jim Dennis, president of McKendree University in Lebanon. “So, a student gets promised $3,000 to $4,000 of MAP funding from the state of Illinois. Except the state doesn’t fund it. But the student has a letter saying they are supposed to get it. We’ve been honoring them anyway. We act as if you have that in your account. We’ve been funding it up front and waiting for the state of Illinois to fund it. It puts us in an awkward position where we are basically funding a commitment made by the state of Illinois.”
Dennis said that the MAP has been a tremendously successful program and it has given many students an opportunity to attend college. The state currently owes McKendree about $2 million in MAP funds.
“When we talk to our legislators, when we talk to the governor, everyone is for this program,” Dennis said. “You seldom hear a discouraging word. Everyone seems to be for it. But because it is part of a larger budget picture, it doesn’t get passed. In some ways schools like McKendree are a small business. At the end of the year we rely on that IOU and when we don’t receive it, it is a major body blow to institutions like ours. Then we have to scramble to recover. The most challenging part is to make a decision for the next year. Do we do it again or once burned do we need to end the relationship? Thus far, every year the state has ultimately come through with some amount of money. Sometimes it is less than originally indicated but there has been some kind of payment. We understand the problems and challenges of the state but if you ask why we are worried, and why we might be challenged, that is one of the reasons. The MAP and the lack of funding for this year is a key threat.”
Pembrook said that SIUE has been able to weather the storm better than some others. Because enrollment has been strong, tuition revenues have kept pace and that, plus a 9 percent reduction in spending, has helped steady the ship. He said he’s heard stories about other institutions that had to shut down over spring break or enact 3 day furloughs during the week to try to make payroll.
“I just think there is an effect on the collective psyche of the people of this state,” Dennis said. “They are worn down over budget issues and budget concerns and they are looking for a way to escape. When you stop and think that half the high school graduates are going to another state for their college education, how many of them come back. Maybe half? We’ve just lost 25 percent of our best and brightest from last year’s class that will likely never come back to the state of Illinois. That’s devastating in terms of future business development and growth, quality of life, the whole thing.”