Yes, security is essential in regaining control of our destiny 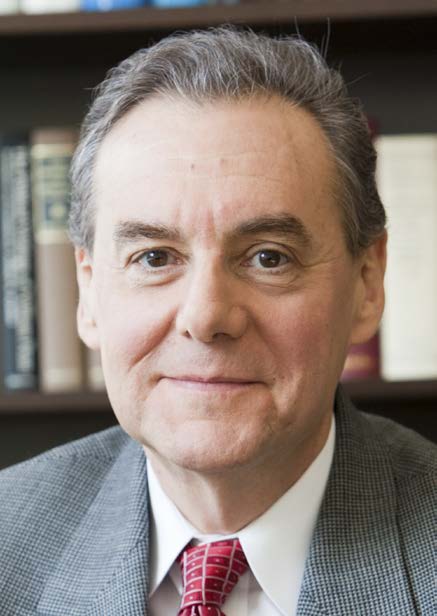 By DAN STEIN
Ten years ago, Congress passed a bipartisan bill that required the construction of roughly 700 miles of double-layer fencing along America’s porous southern border. This crucial border security effort received widespread political backing, as then-Senators Hillary Clinton and Barack Obama, current Senate Minority Leader Chuck Schumer, and 23 other Senate Democrats joined with the vast majority of Republicans to support it. Unfortunately, only about 36 miles of that double-layer fencing was ever completed, and immigration enforcement in the U.S. was badly neglected under the Obama administration.
Donald Trump recognized that the American people had lost faith in Congress – both Republicans and Democrats – to finally secure the nation’s borders against the ravages of drugs, terrorism, and illegal immigration. Trump’s promise to build the border wall encapsulated the public’s frustration in a single idea that became a cornerstone issue of his campaign. The promise of regaining control of America’s southern border led millions of disenfranchised Americans − whose jobs had been lost and wages eroded from mass illegal immigration − to catapult Trump into the White House and his party into majority status in both houses of Congress.
President Trump’s secure border initiative will include the border wall along key areas of the southern border that will ensure the nation’s ability to regain operational security. The proposal also includes upgrades in the electronic monitoring of other parts of the border, in addition to 5,000 border agents. These improvements are all badly needed to regain control of the border and would also help both the U.S. and Mexico derail the dangerous drug cartels.
But illegal immigration can’t be stopped solely with the construction of barriers and additional manpower. While good fences might make good neighbors, the wall is only one component of a portfolio of solutions necessary to address both the push and pull factors of illegal immigration. We must also have deterrents in place to deter would-be illegal immigrants from coming to the U.S. in the first place.
To that end, President Trump has called for an additional 10,000 Immigration and Customs Enforcement officers, who will help identify and remove the nation’s 11 million illegal immigrants. He has also threatened the nation’s 300 or more sanctuary jurisdictions – localities that serve as a safe haven to illegal immigrants – with a loss of roughly $870 million in federal funding. He also ended the catch-and-release program that allowed tens of thousands of illegal aliens to remain in the U.S., pending a hearing years in the future. Many of these illegal aliens were simply released to live with family members, many of whom are here illegally themselves.
Just as important, the president has also promised to send Congress a bill that mandates the use of E-Verify, a web-based system that allows employers to know if job applicants are legally permitted to work in the U.S. The lack of a uniform work authorization system has allowed the proliferation of fake IDs, which are regularly used to secure jobs in the U.S. under aliases and skirt current U.S. immigration laws. This has resulted in the loss of tens of thousands of jobs that were formerly held by working-class Americans.
The cost of the wall and who will pay for it is part of an ongoing discussion, with estimates ranging from $15 billion to $25 billion. But regardless of who pays, it’s a great deal for U.S. taxpayers, who must shoulder the annual cost of providing basic social services and education to illegal aliens and their families, costing the nation roughly $113 billion annually. In Illinois, the state’s estimated 550,000 illegal immigrants cost state and local taxpayers roughly $4.6 billion annually. Clearly, the cost of doing nothing is far more expensive than the one-time cost of building the wall.
The Trump presidency has already proven that words matter. Under the Obama administration, constant talk of an amnesty and promises of lax immigration enforcement led to constant pressure on the border by millions of illegal immigrants and a demoralized Border Patrol.
Two full months into the new administration and without a single additional mile of wall constructed, tough talk and promised swift action on immigration enforcement has resulted in an immediate payoff. Customs and Border Protection reports a 40 percent reduction in the number of people attempting to enter the country illegally during February, the lowest number for that month in five years. Additionally, morale among the nation’s border patrol officers has risen while the public regains confidence in the federal government’s ability to get the job done.
America has set its sights on tasks much more complicated and difficult than border security, and we’ve achieved all of them. The time has truly come to secure our border, and reclaim the sovereign right to determine who may enter our country.
Dan Stein is president of the Federation for American Immigration Reform. He wrote this piece at the request of the Illinois Business Journal. He is an attorney who has worked for nearly 35 years in the field of immigration law and law reform. He has been in his present position as president since January 2003.
Prior to leading FAIR, Stein was the executive director of the Immigration Reform Law Institute, a public interest litigation group that has represented a variety of organizations in immigration and administrative law matters.
He has also been in private law practice in real estate, federal agency litigation, criminal law and tax-exempt corporate law.
A native of Washington, D.C., Stein’s interest in immigration began as a professional staff member of the U. S. House of Representatives’ Select Committee on Narcotics Abuse and Control, where he studied U.S./Mexico border issues and international crop substitution efforts.
Stein is a graduate of Indiana University and the Catholic University School of Law.