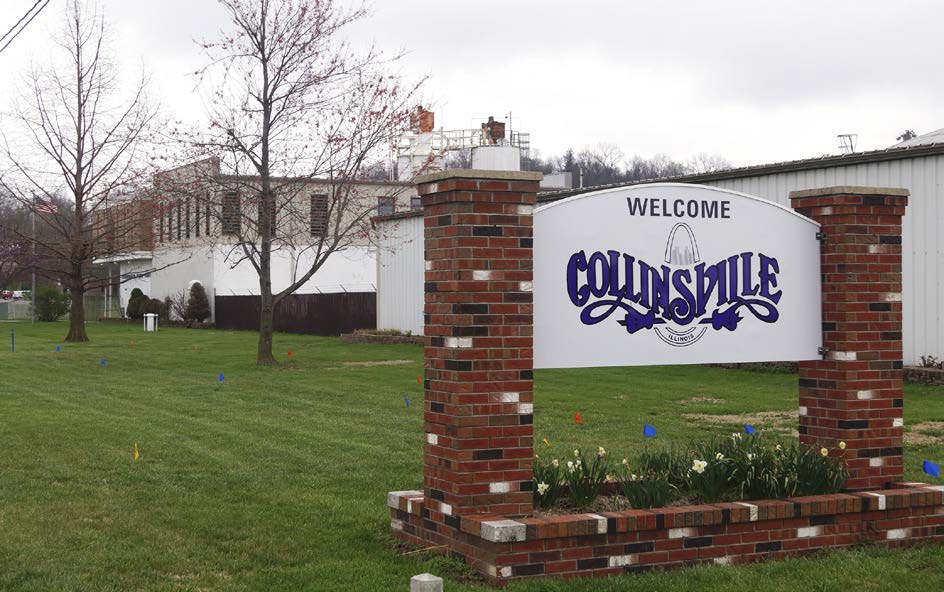 By ALAN J. ORTBALS
Last year Collinsville added its newest TIF district, the Southwest Corridors TIF which encompasses land along Collinsville, Bluff and St. Louis Roads. It was created to provide infrastructure and public improvements to support existing development, encourage new private investment, catalyze new private commercial and industrial development and promote property improvements. It’s already enjoying success. Gateway RV and Powersports opened last year and is expecting sales of about $12 million in 2017.
The city used a combination of TIF and business district incentives to attract Gateway but the primary focus in the district, said City Manager Mitch Bair, is on improving infrastructure.
The city recently broke ground on a new water treatment plant in the district, which is expected to be completed in two years. When that happens, Bair said, it will open up ground for the development of a commercial recreation complex that would attract youth soccer and baseball tournaments. That, in turn, will spur restaurant and hotel development.

At more than 850 acres, the Southwest Corridors TIF district also offers some large, vacant parcels for new development and Bair says major retailers are beginning to show interest. TIF will primarily be used to deal with infrastructure and storm water issues in the area. Bair says none of the development that Collinsville has experienced over the last 30 years would have been possible without tax increment financing.
“What I like to say when people talk about preserving investment is, I don’t want to preserve investment; I want to grow investment,” Bair said. “I think the city has to signal to the development community that if they are going to create jobs, we’re going to grow their investment. If you invest here, we are going to be your partner in long-term growth. We have the traffic; we have the demographics.”
He added: “We had a severe inferiority complex in Collinsville, but I think we have started believing in ourselves. Let’s invest in infrastructure. Let’s promote development. Let’s be partners in development. Let’s make the process very easy so business people can come here and know we will protect and grow their investment. We are committed to that. We’ve seen some success and the development and business community is giving us great feedback.”